With a recent 401games purchase, I picked up 2 100 card Magic The Gathering lots, each being $2 - so I spent a whopping $4 for 200 cards. Better than what you spend on the Magic offerings at Dollarama, but will they actually be better?

Today, I am going through all of it. As is the usual with 401games, instead of 200 cards, there were actually 222, which is fine by me as there were a few cards with heavy dupes in the package, so it evened out.

The real question is - did I get enough keepers to make it worth the $4? Well, let's look and base it on the 401games prices. 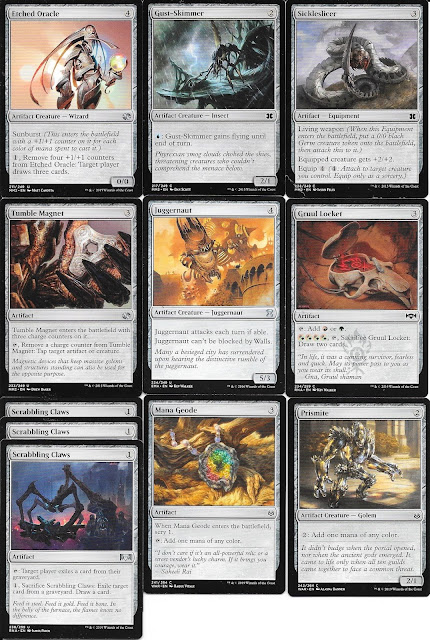 The simple answer? Nah - just got about $2.50 worth in artifacts. Still...lot's of other cards here, so let's take a quick peek at those as well of course...my son has run off with a bunch, so not going to go through everything, just a couple highlights. 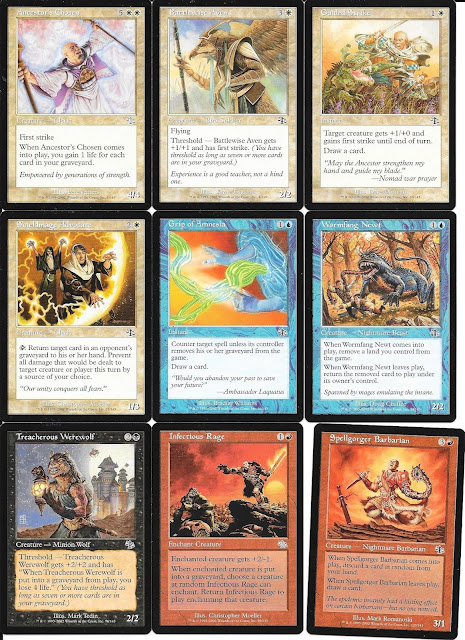 Given the larger starting random box of commons/uncommens I bought from them went back to 3rd edition, I was a bit surprised that Judgement from 2002 is as far back as these cards went. More a comment than a complaint. 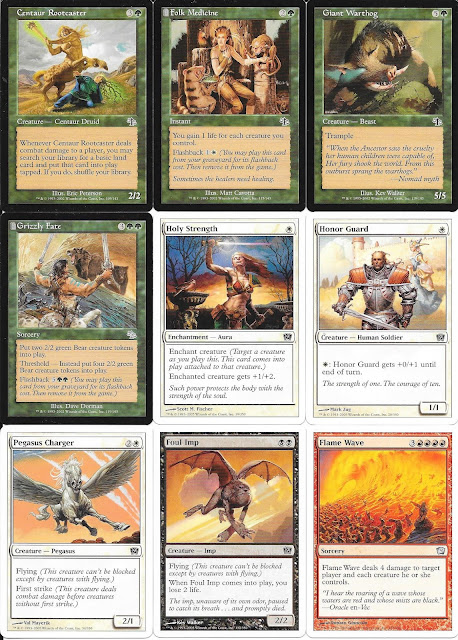 Still, nice to see a few white border cards. I get the "dirty" factor with the white borders, but I prefer the white which can look dirty, to the black which get chipped and dinged.
I mentioned the couple dupes being plentiful...here's one... 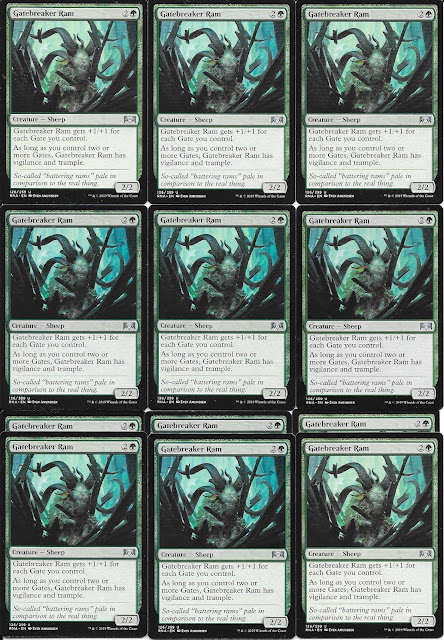 I guess good that it is an uncommon - but not an overly useful/played card. 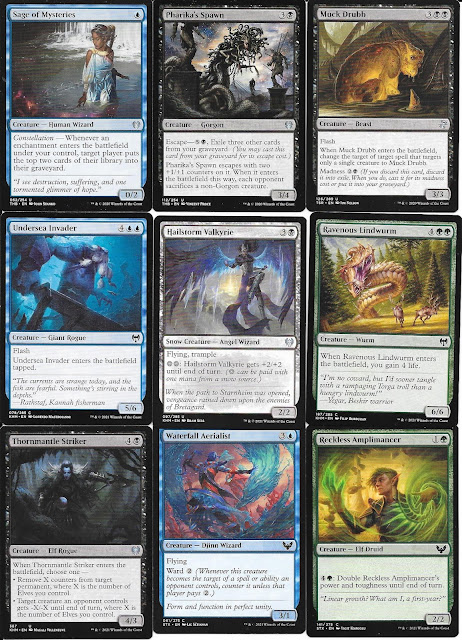 The cards do go right up to the current year, and these show an example of it. I'd say most of the cards were from 2017-2019, but there was a decent spread at least.

I would buy one of these here of there for fun. I mean, overall, better value for what you get than Dollarama, so why not?

Speaking of good value....I have had to take my time getting through the www.baseballcardstore.ca box of cards because there's been a high volume of TCDB trades going on, compared to what I usually do, and the time I have been spending really trying to completely fill correctly the TCDB want list I have going (though I haven't done all of the sets I am working on and putting those on my want list....just thought of that).

So today, let's go through the Blue Jays base card pick ups... 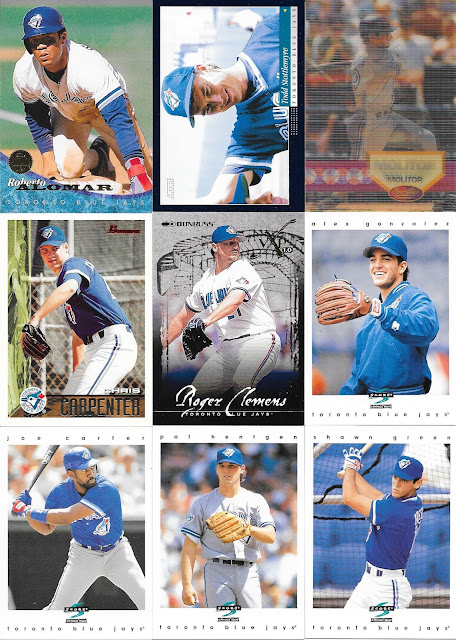 I love getting more cards which go 1995-2005 or so for the Jays, as there are so many sets and card producers, I am still finding new sets I didn't know about, like the Clemens which is from 1997 Donruss VxP 1.0. Sounds like a computer program update. 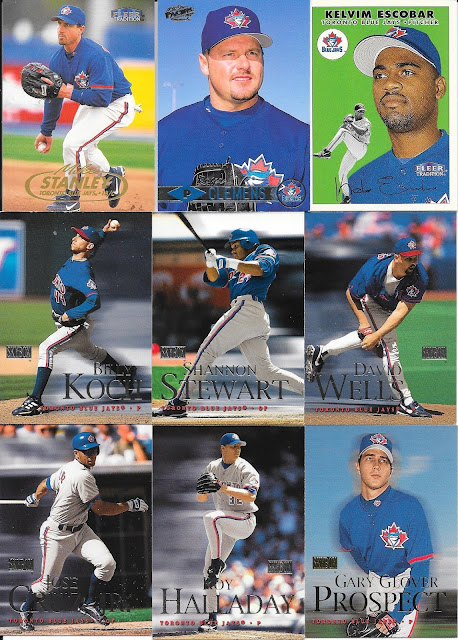 A bunch of 2000 Fleer Skybox which are trying really hard, and really well, to be Stadium Club with the design - though I could do without the bit of blur effect. 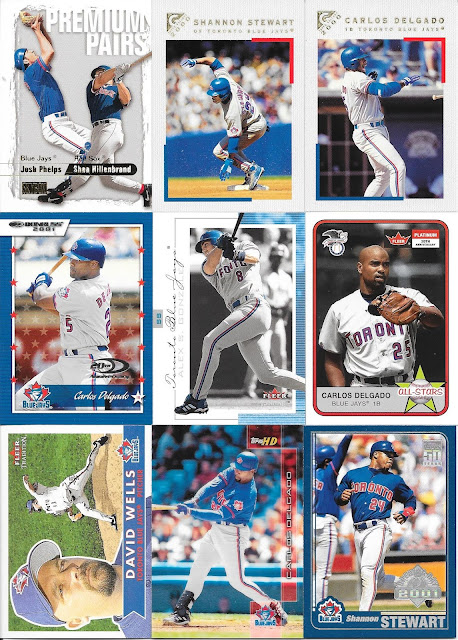 The time frame is also really good for my Delgado collection. Not that I specifically collect the man, but I am up to 232 different cards and over 260 total cards of him. Currently he is third on my Jays list just behind Joe Carter and Dave Stieb for total cards, but ahead of them both for unique cards. 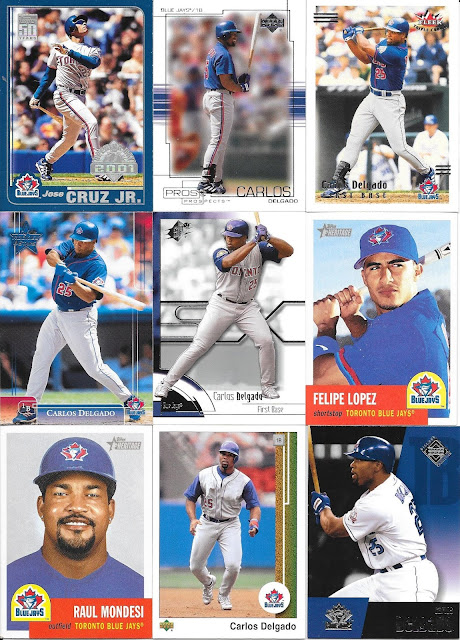 Oh early 2000 Topps Opening Day, how I hated the massive foil stamp. I mean, fine, it stands out, but I am glad they reduced the size of the Opening Day logo substantially, it just takes up too much real estate. 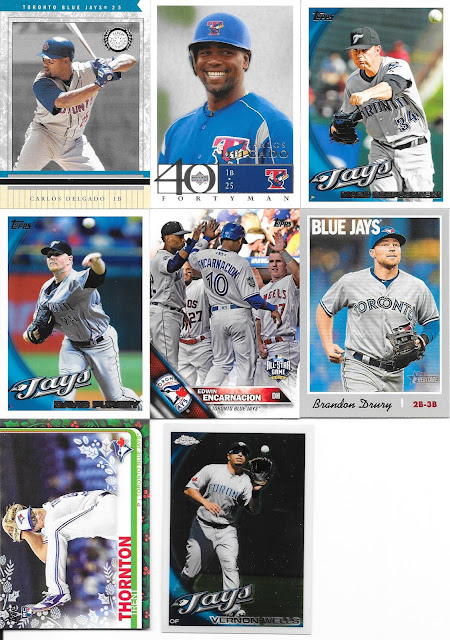 We even get a couple more recent cards including a nice Holiday Thornton. The last card being 2010 Topps Chrome, I stuck separate because it was such a pain to scan because it is so curved. I know Chrome can do this often, but it isn't an even curve here, so the card just sits so wonky.
Highlight from the bunch... 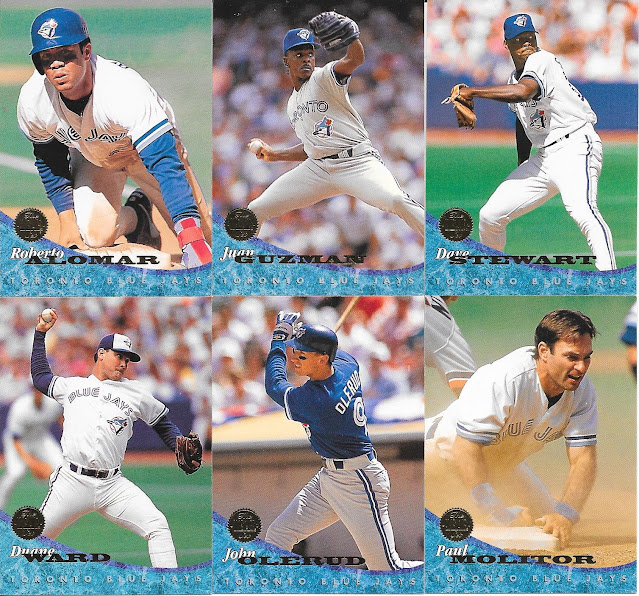 All the cards I needed to complete the 1994 Leaf Jays team set - woo hoo! Really love the Molitor dust up shot too, but also really glad to knock a 17 card team set off the want list.

Big thanks again for a great site and store, Steven!