Okay, let's just go into another 100 card Magic repack from Presstine. I have a bunch, so why not knock off a second in a row. First up, the keepers as always. 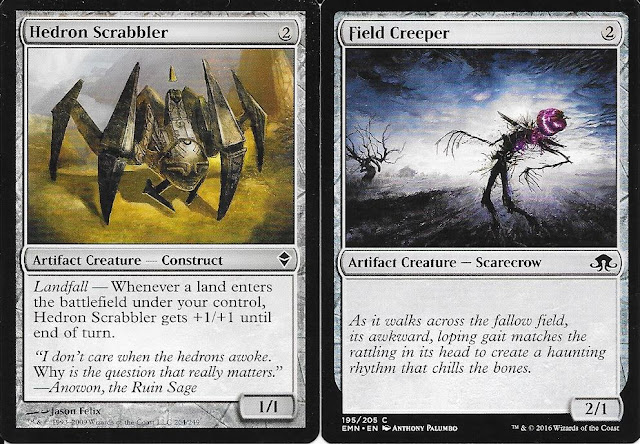 That Field Creeper is a great and eerie card. Very Halloween-esque and spooky. 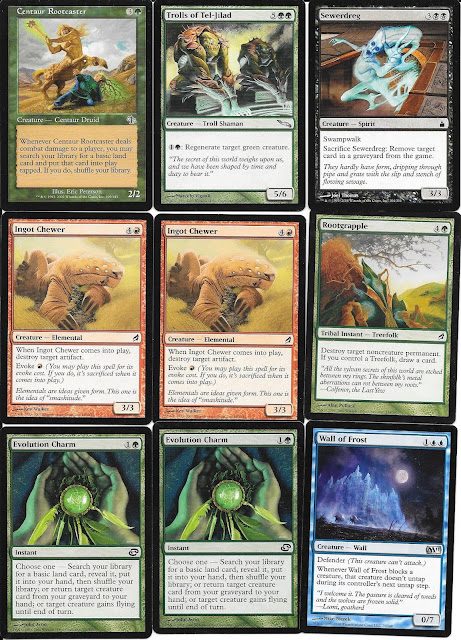 Not really impressed with the dupes showing up like this on one side of the 100 card pack. I mean, having one on each side, sure, it happens, but this is a bit eccessive. 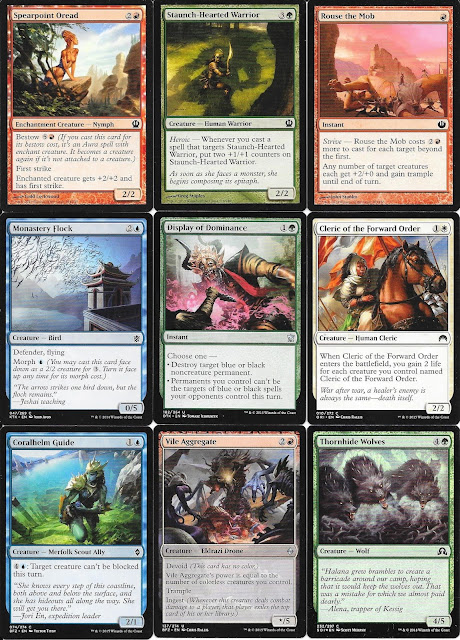 The Display of Dominance is really interesting. There were some cards which had this "choice" built into the ability. This has been used a lot more recently with the Dungeons & Dragons set, but had been done before as it shows. 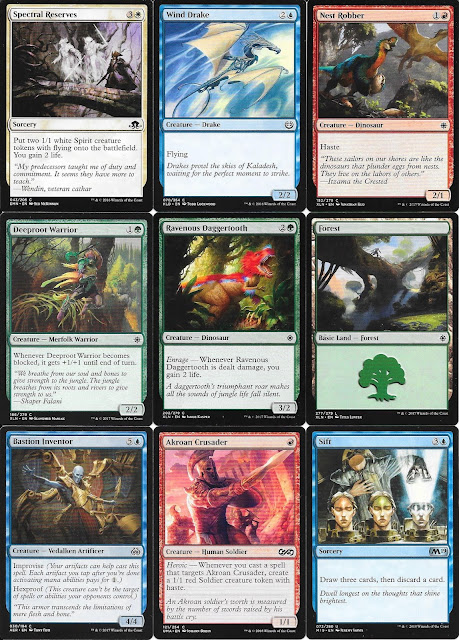 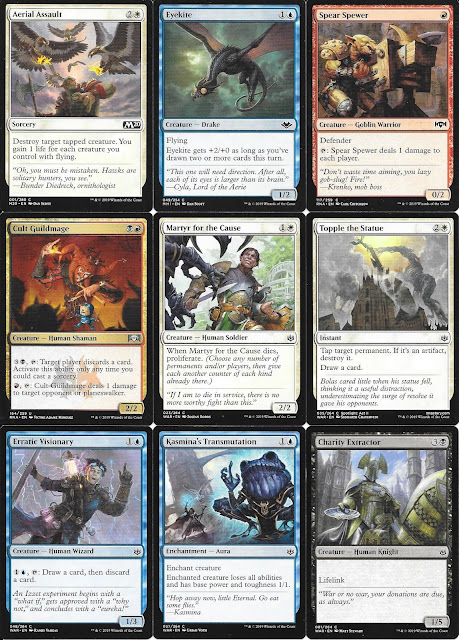 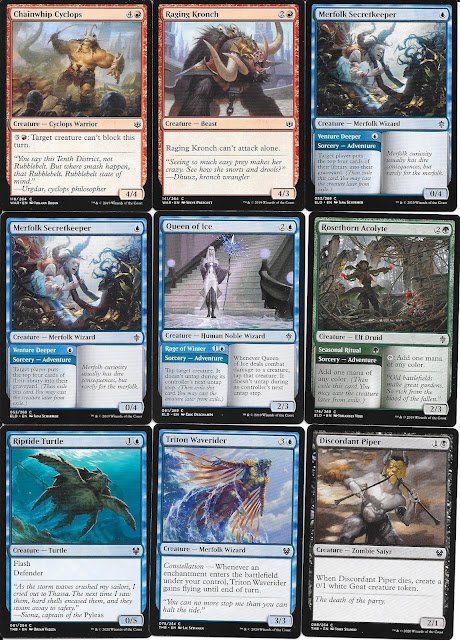 Another Queen of Ice to boot, as well as a land earlier - so hitting all of the classic items from these.

At least we end with a big baddie!

What isn't so bad, is another PWE trade on TCDB. This one with hockey dude, who I received some hockey from, but also some baseball too! 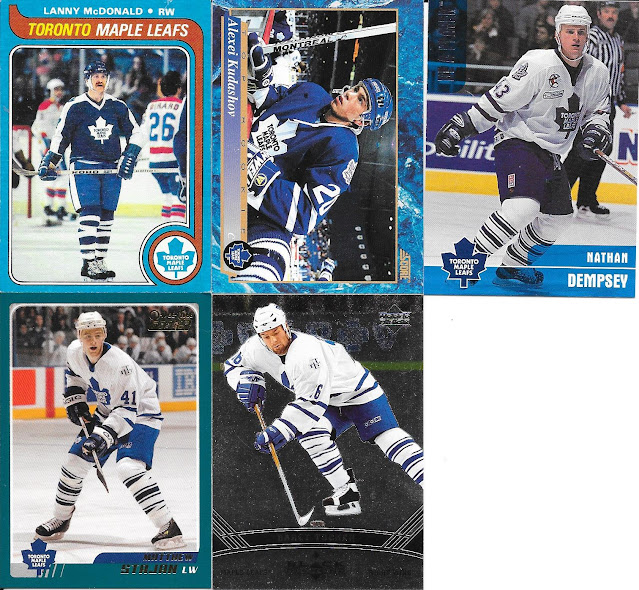 Gotta give some love to Lanny and the 'Stache. Definitely the highlight of the hockey. 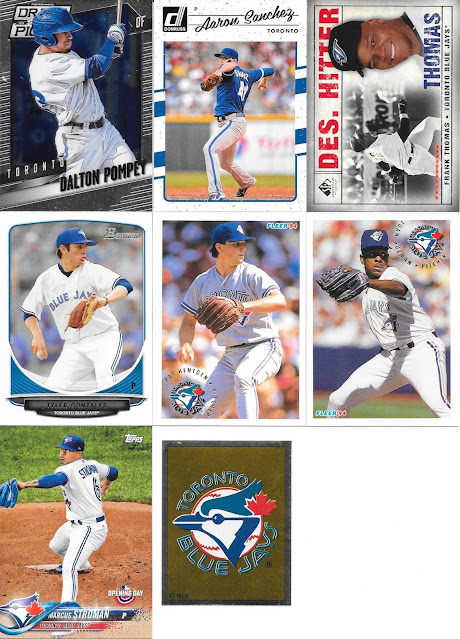 For the Jays content, the sentimental favourity is actually the 1988 Panini team logo sticker because I lived that sticker set. I think I completed it multiple times, and shared many stickers and dupes with friends.

The Stro is good too as it finishes off the 5 card Jays 2018 Topps Opening Day team set.

No matter how you cut it, another great PWE trade for which I give much thanks!