We get a couple set additions from a nice little mid-80s set to start today. 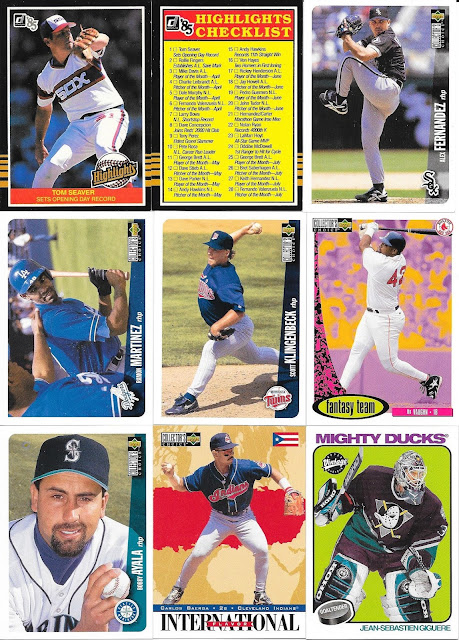 1985 Donruss Highlights was a 56 card boxed set distributed through hobby dealers. Not a set I ever had any cards in hand from before. There is only one Jays card in the set - for the fact Dave Stieb was player of the month for May, but given the small nature of the set, even if it is a boxed set, making it a bit hard to find singles from, I'll give it a run! 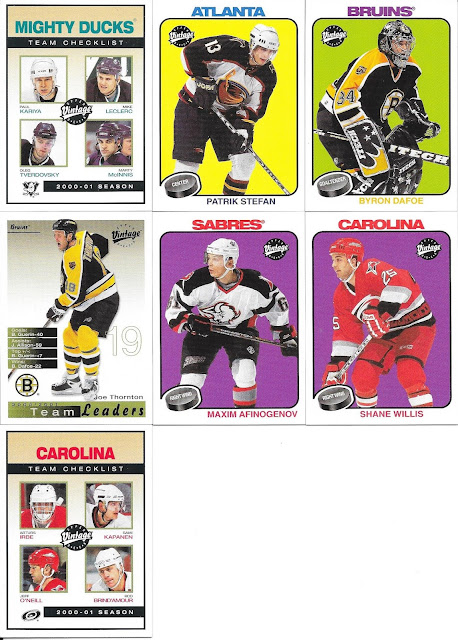 Not much to say about the Vintage set additions today,  just glad to see some more of them. No Leafs there, but... 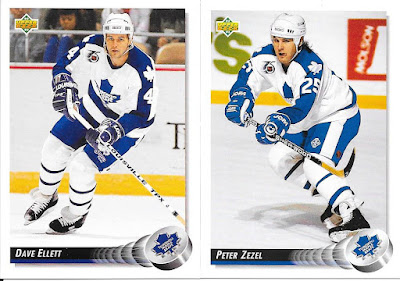 I'll take these two no problem.
As for the rest... 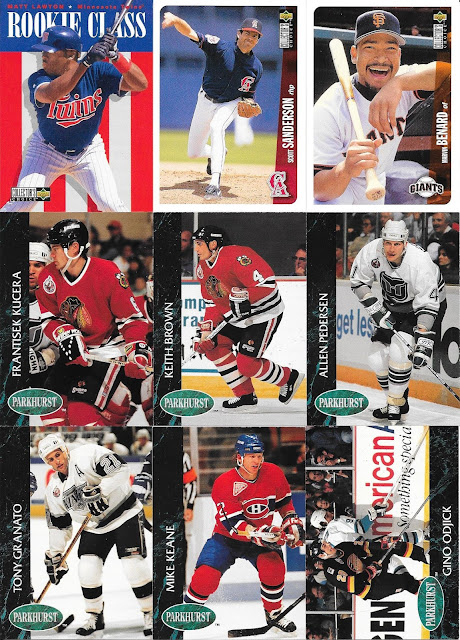 I am not going to keep track of whether I end up with two full sets of Parkhurst 1992-93 Series 2 hockey, but darn sure have seen a lot of it! 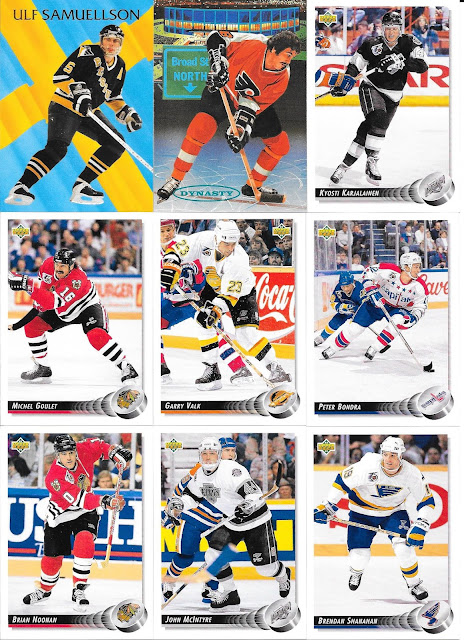 I guess I shouldn't mentions sets we have seen a lot of as 1992-93 Upper Deck fits that bill too. A Chicago heavy day too. 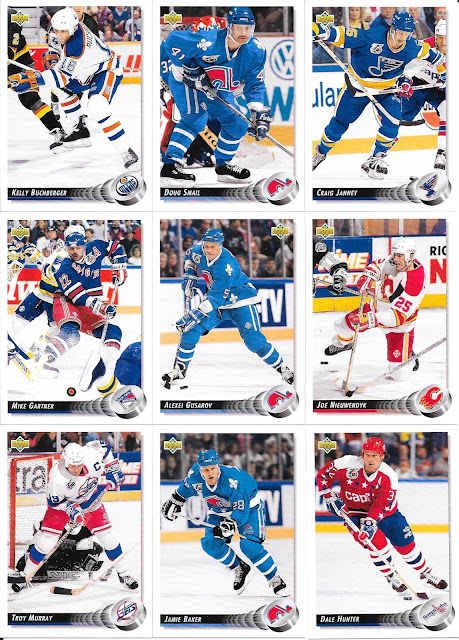 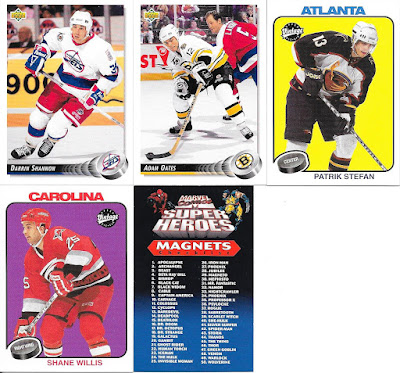 We end with a quirky card that is a little smaller than standard size. Appears to be a checklist related to Marvel Magnets which were out in the mid-90s. I don't think we will be seeing any of the magnets as I expect they would stick out, but at least I have a checklist! 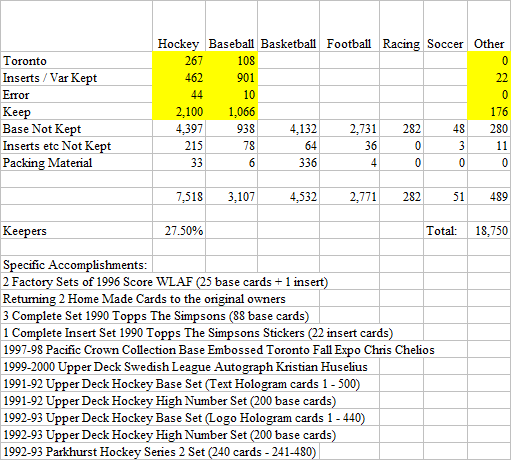