No - not talking about Magic Johnson basketball cards, or the magic of another baseball season in the books, but cracking into one of the 100 card repacks from Presstine well, a while ago. As always, looking for artifact additions as we split the pack with half today and half tomorrow. 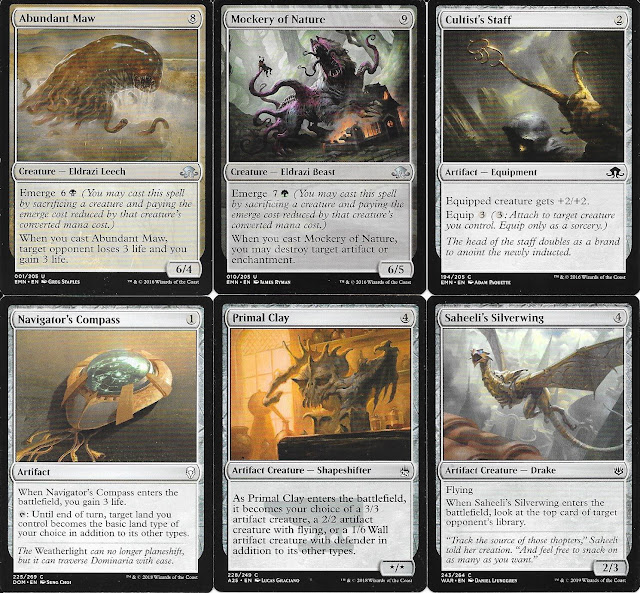 A great half as we come away with 6 keepers out of the 50.
I have opened up to including the Eldrazi cards which have a colourless mana casting cost, so collecting those as well, and have put them onto my want list on TCDB. As you can see, they are big baddies with some interesting abilities.
For fun, the rest... 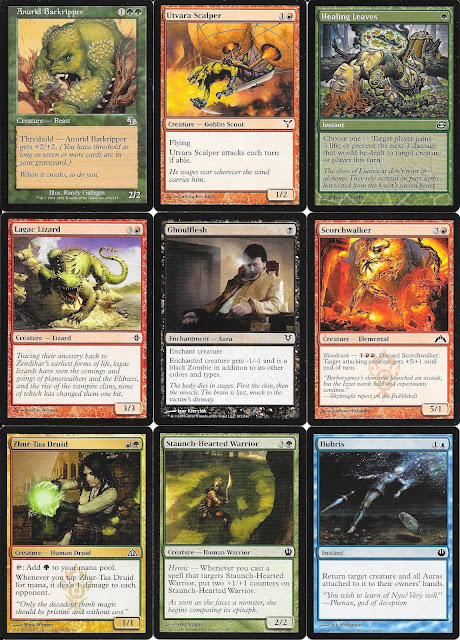 We usually end up with a card or two from pre-2005, so the usual there. 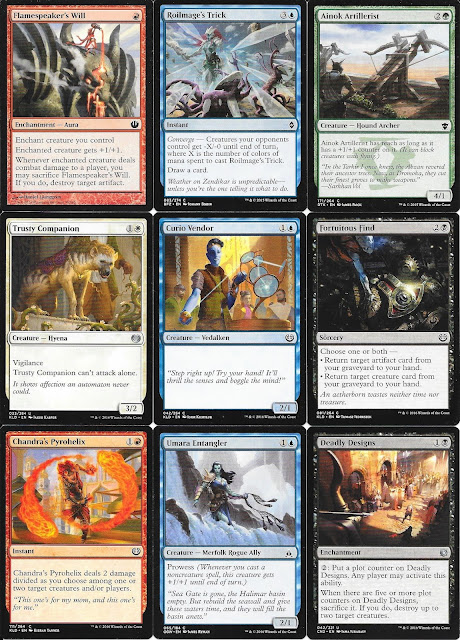 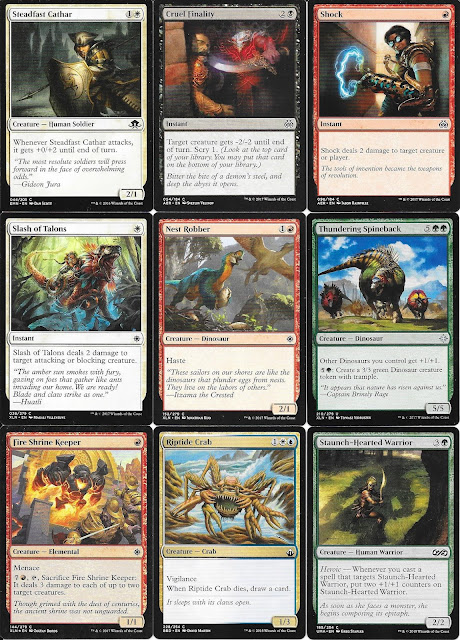 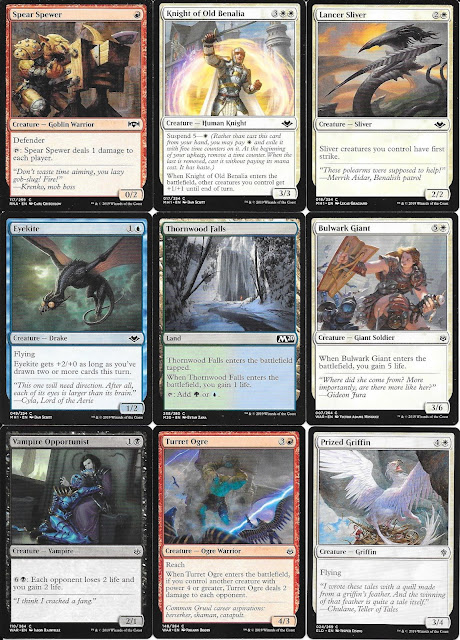 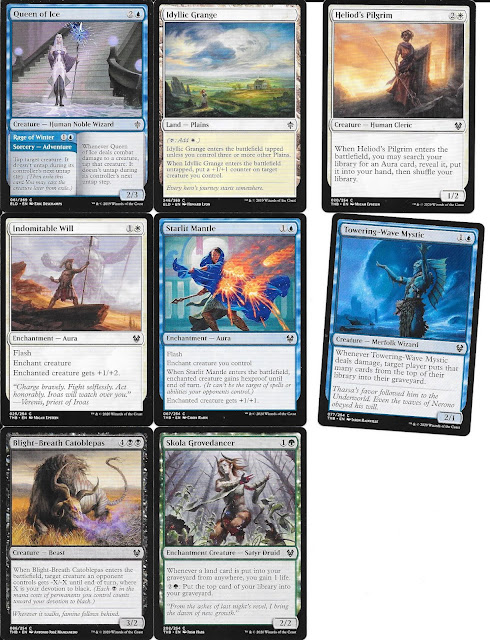 A number of cards here that we have seen in early packs - like the Queen of Ice - so will be interesting to see if there is high repetition as we continue through all these packs. Worst case, may just put together a box and sell locally for $20 or something of that sort.
We will end with probably the smallest PWE I have ever done. I usually try to make trades for at least 6-9 cards when sending a PWE since the extra cards don't cost any more to send, but this was a newer trading member of TCDB, so I did a small PWE trade to help give someone a chance to get feedback started. Sop, I got these two cards from jdmx1... 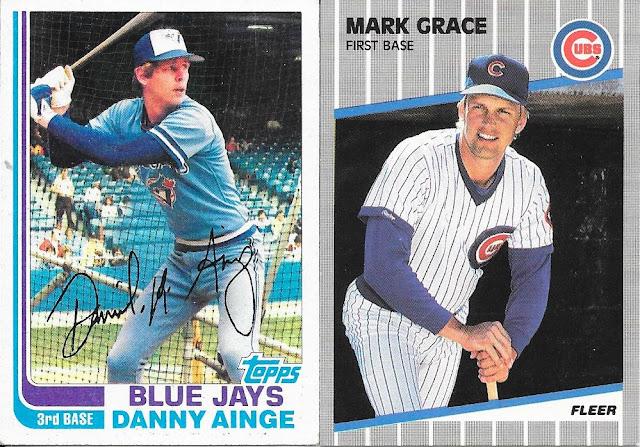 A nice 1982 Ainge - my first, though I will want a second as it's a set I am working on too, and we have a Grace error card from 1989 Fleer.
Since and straightforward enough, and happy to get the cards, and help a TCDB member get some trading experience and feedback.
Posted by CrazieJoe at 8:00 AM