No - not talking about your typical jersey cards these days, but what that meant back in the early 90s. Pro Set Platinum had a very neat picture set up for the team cards in 1991-92. 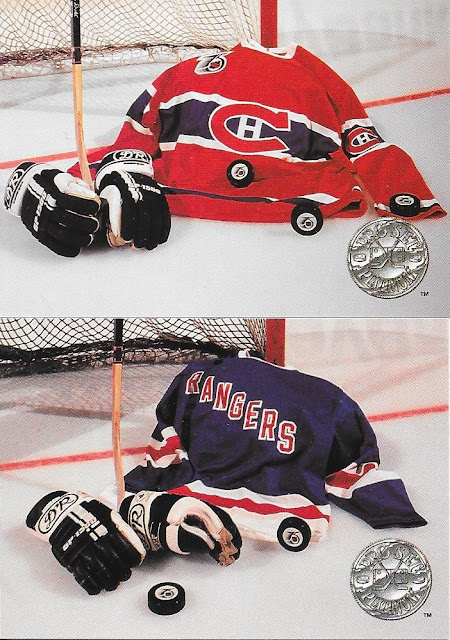 Simple enough, and they stick out as unique. Rather than a picture of the team, or just the logo, or something else, a scatter of team equipment in front of a net, the key piece of which is a team jersey.
Heavy on the 1991-92 Pro Set today, and those two are the only base adds for me, but a few more Leaf cards too... 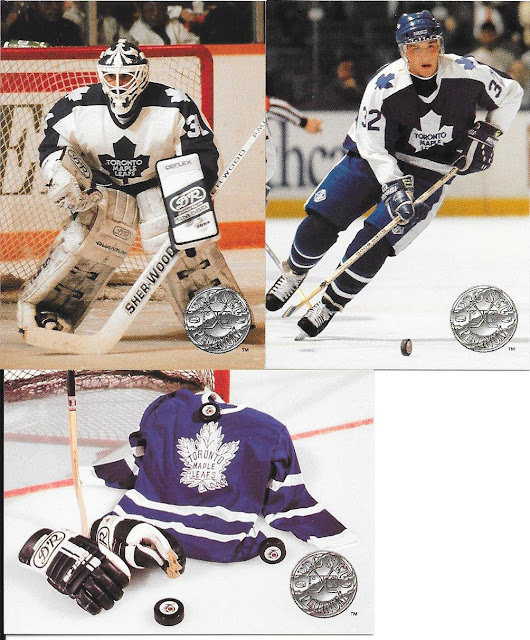 Even if the jersey card set up is similar in each picture, I still like them!
As for the not-so-keepers... 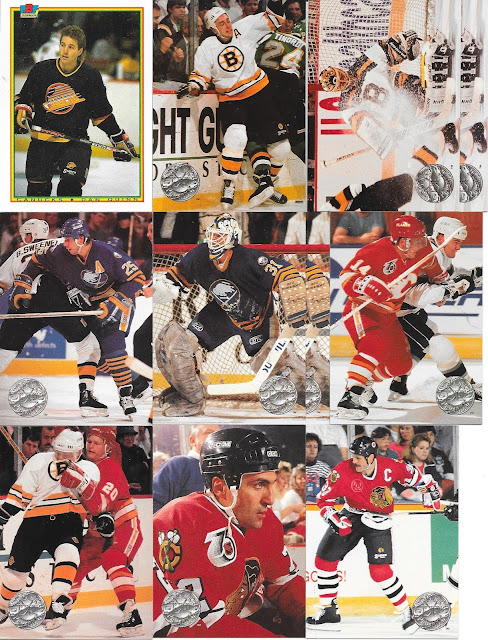 The cards are all from the first series (it was released in two series of 150 cards each). I am only missing 6 cards in the first series whereas I am missing almost 1/3 of the second series. 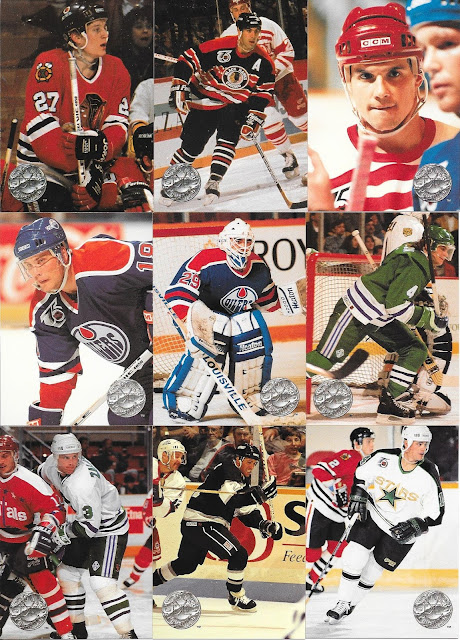 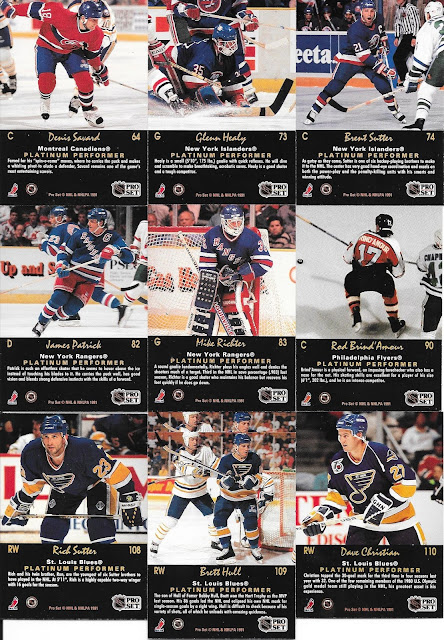 I am sure most have seen the backs, which are sans stat lines, have the big second picture and a little write up - unique for the time.
I do wonder how many people now would have issue reading the names given they are in cursive and I doubt many people under the age of 20 read/write anything in cursive. 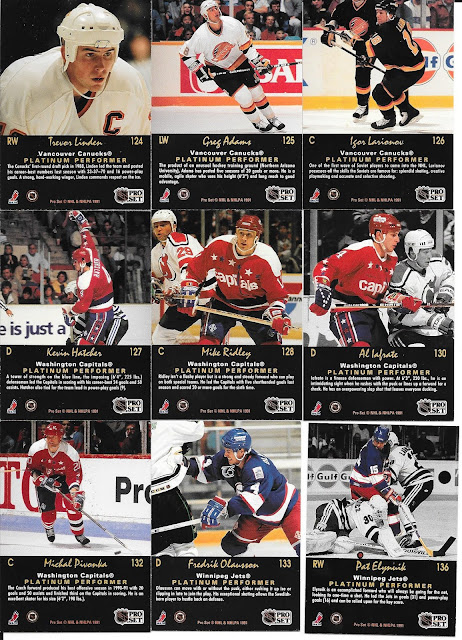 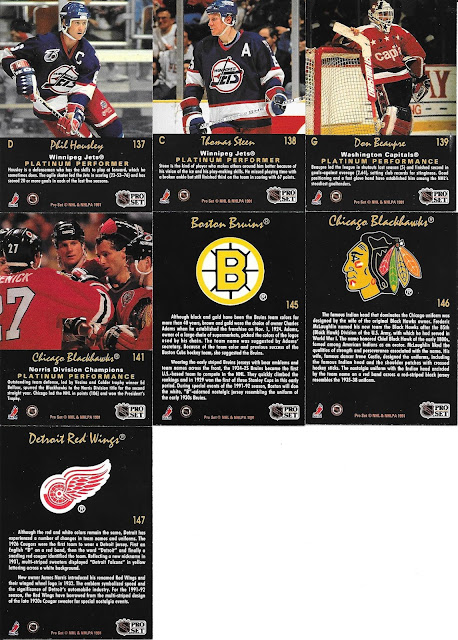 The last few cards are the backs of the team cards which again, I don't mind. I love team logos, but would have accepted a team photo as well, though it may have been a bit squished or small if used given the space. 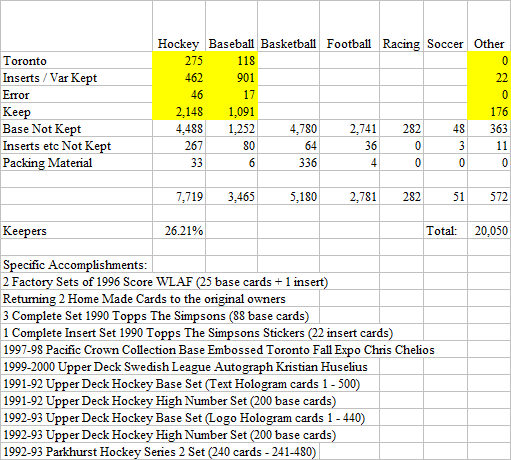 Today, we will also finish up the www.baseballcardstore.ca Blue Jays which came my way. 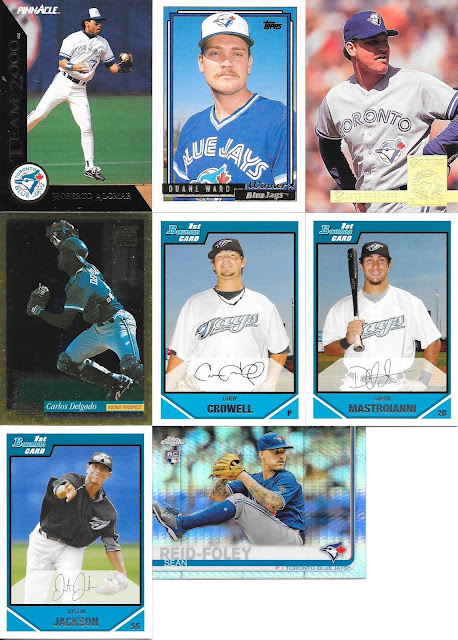 Only about a dozen insert/parallel cards, but all really cool. Except maybe the Bowman Prospect ones - those always bug me because it's what the set basically is for but it's like that want to make everything special, so it's an insert set instead of part of the base set, but I digress.
Love the Reid-Foley parallel, but am partial to the older Topps gold parallel and Pinnacle Team 2000. 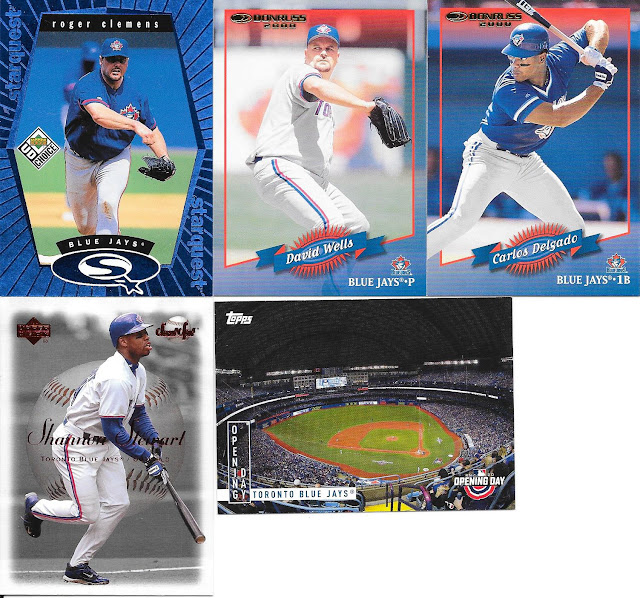 These, are the "all done" ones - meaning one off Jays from an insert set (or two off in the case of the Donruss 2001, retro Donruss 2000 set cards).
Love the Opening Day cards since I really enjoy a good stadium card, awesome.
With those all shared...still a few cards left as there were some error cards and a few set build cards which are for another day!
Posted by CrazieJoe at 8:00 AM