Another day of baseball sets from my childhood, and one set I get a few base helpers on the completion... 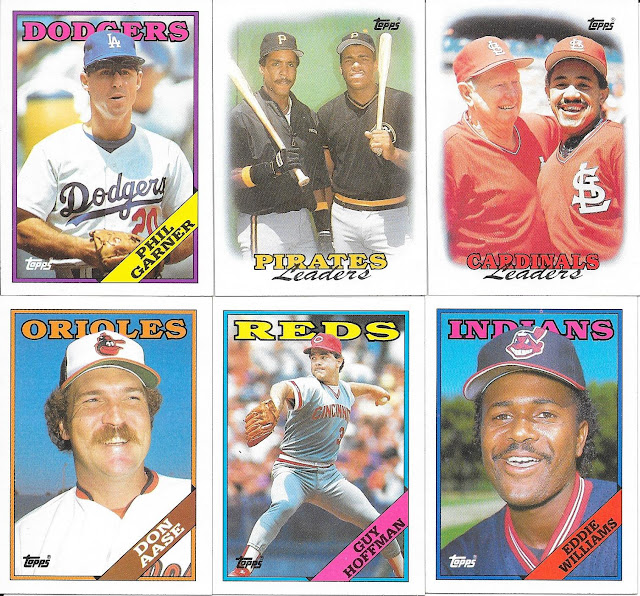 1988 Topps may not be a design loved by all, but I am biased with it being from my childhood and many being stars I remember watching growing up. Like everyone pictured in it or not, the Pirates Leaders card is pretty nice. 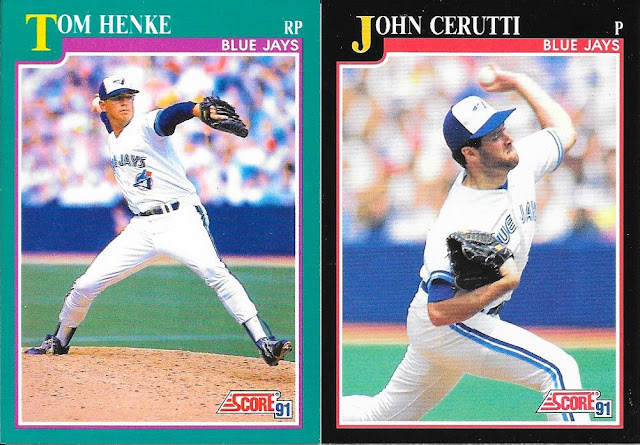 Like the other day, a couple more Jays from 1991 Score including the Terminator.
Also a few error binder cards including one that struck me as awesome as a child, and I still love...

That Bob Welch card is just awesome - I love it. I don't know if it is the artistic aspect of it, but it struck me as a child, and still does. Oh, and the uncorrected error on the card - the mix up of the words complement and compliment - isn't English a great language?
As for the rest... 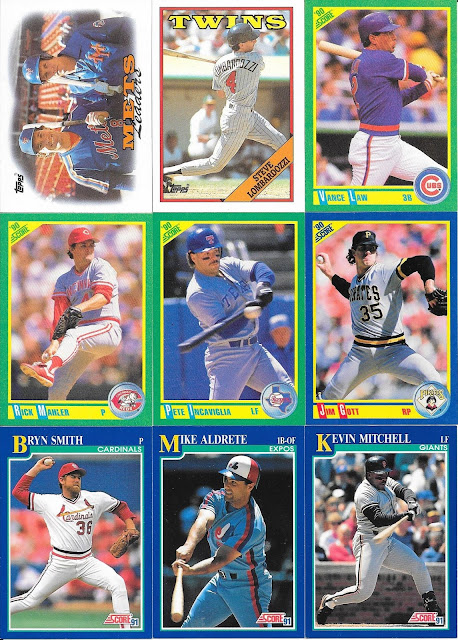 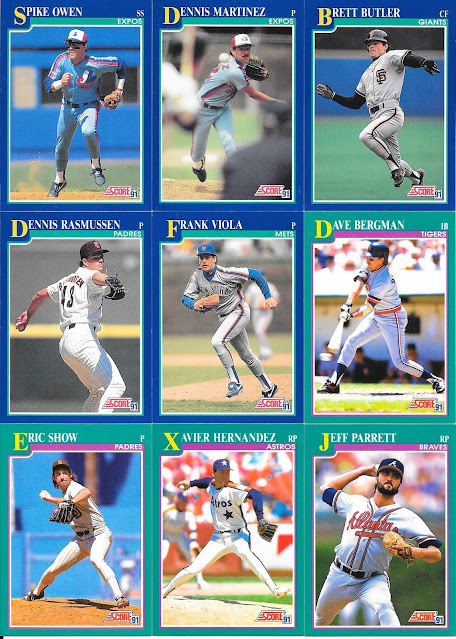 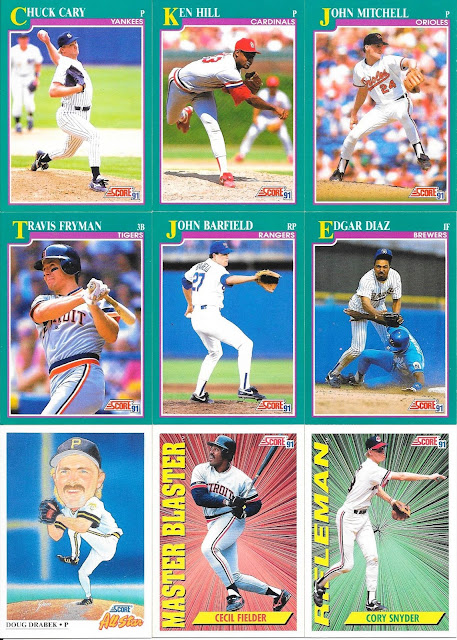 I look at these subset cards - Master Blasters, Rifleman, etc, and at the time as a kid - thought they were cool and different. Now looking back, man, these were like a mid-90s design prelude if there even was one! 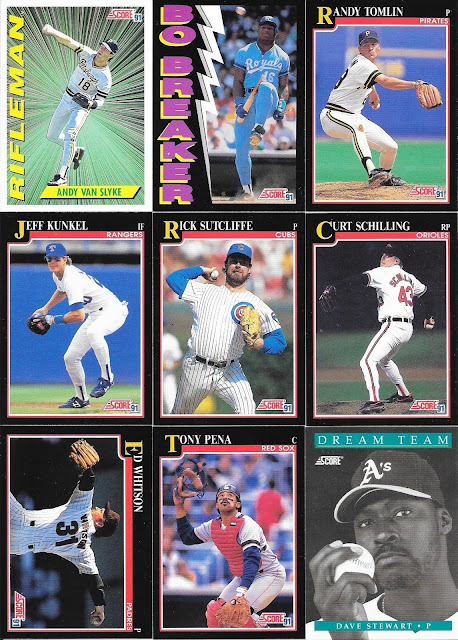 Here, the Dream Team subset, is probably my favourite part of this set, and one of my favourite subsets ever for baseball. Like the Welch card earlier, the black and white photography comes off well, the design is simple, and they just have an "epic" feel to them compared to the regular base cards.

We end with a Hot Rookie insert, one of the 10 in the set, and the only one I already have. SO be the luck I guess. 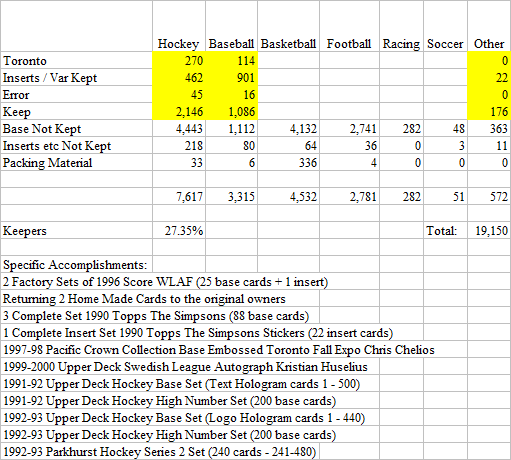 SO I mentioned getting a bunch of colourless mana producing lands for Magic...well, here they are! I'm not going to go into a bunch of detail about them, and yes, there are a number of repeats from different sets as I try to get one from each set, just like the artifact cards.
As with other magic cards, the art and flavour text are usually worth a look, even if the cards don't otherwise interest. 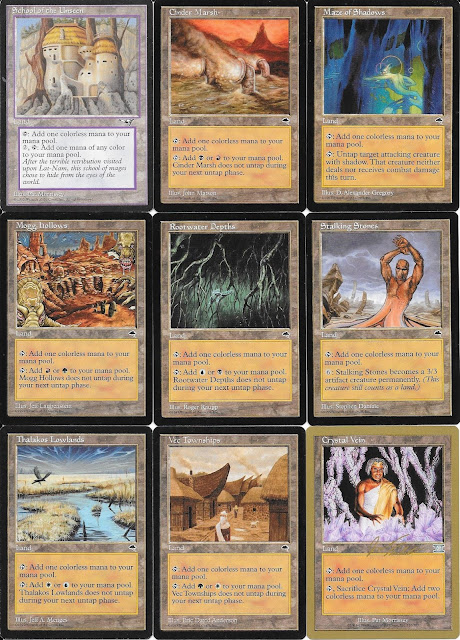 Not too many cards back into the 90s, but there were some. Colourless mana producing lands became more of a "thing" in the 2000s. 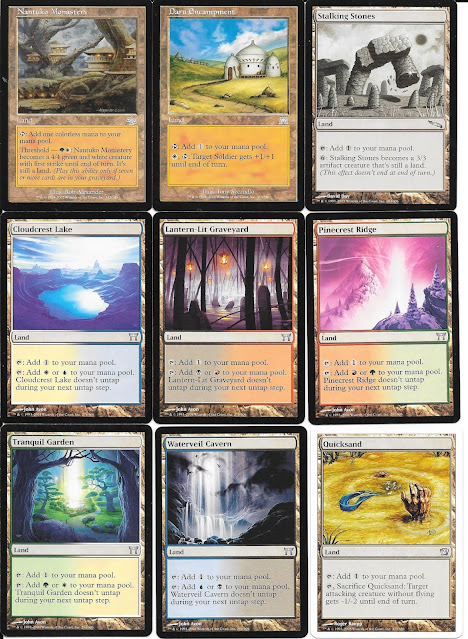 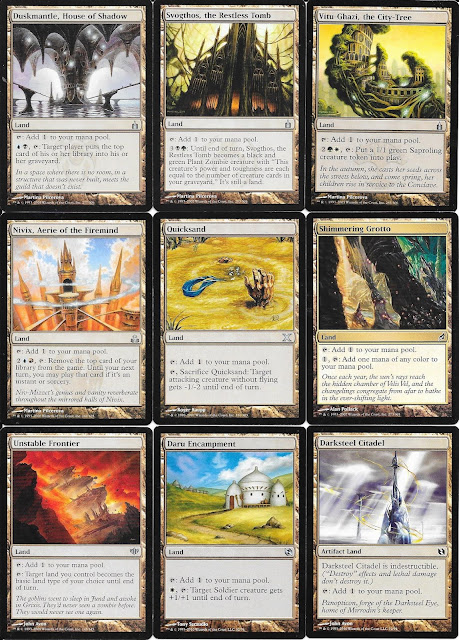 As you can see, the colours kind of drift around and it's not until about here when the lands get a dirt or gold type of colouring to the background in any regular way. 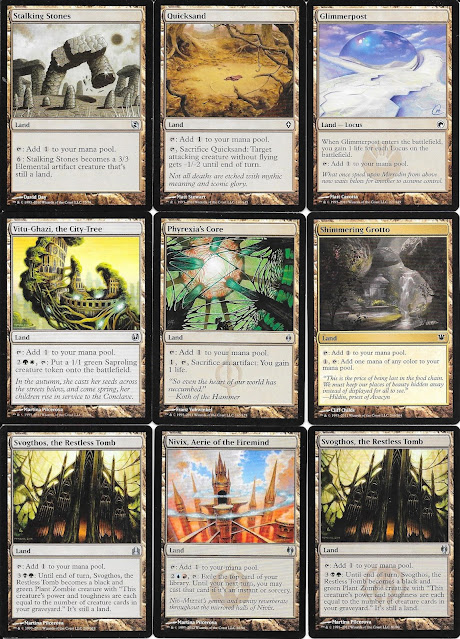 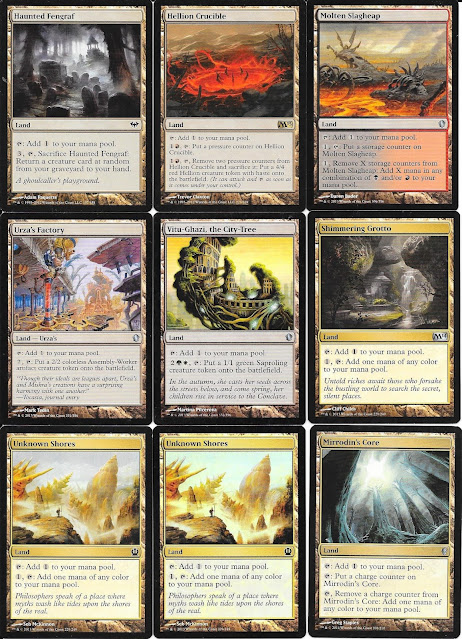 Though some still are influenced in the colour by the secondary colour related effects. 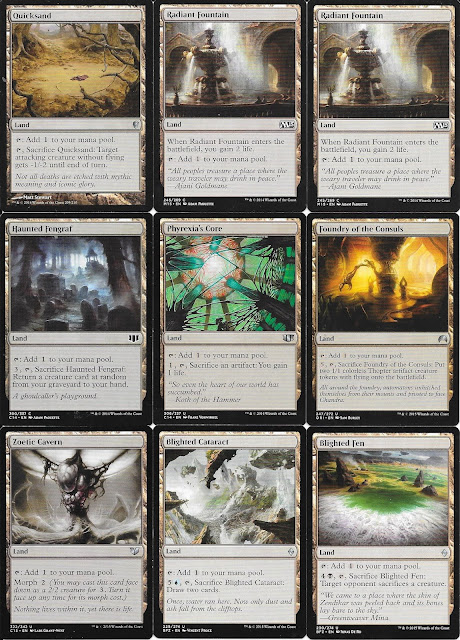 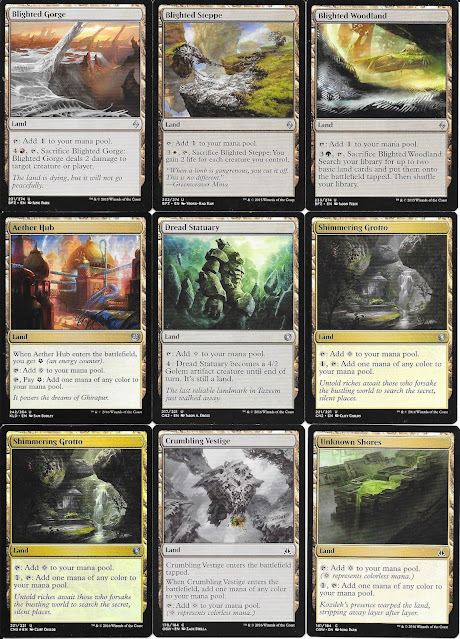 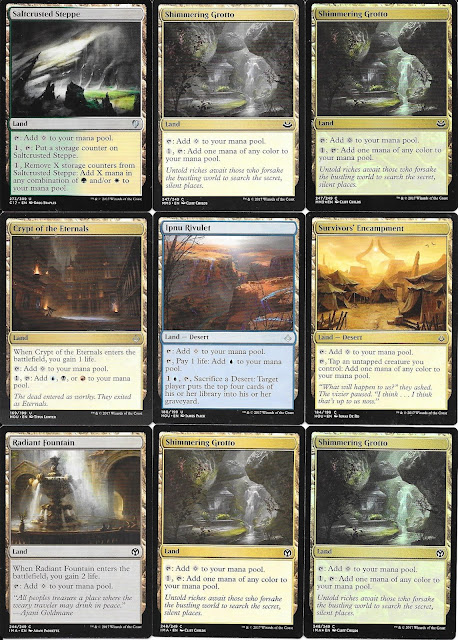 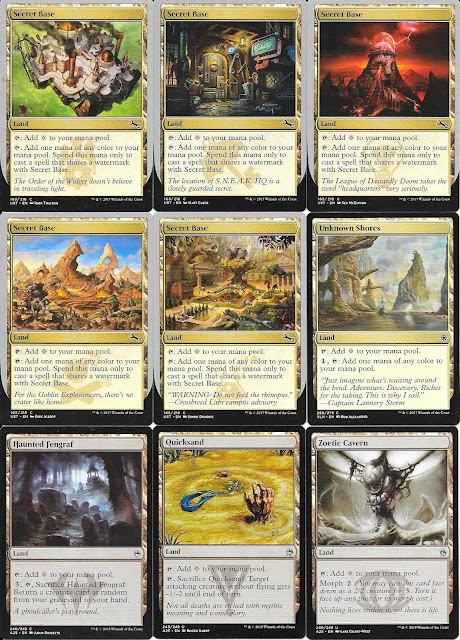 Even a few silver bordered ones from the "Un" sets. 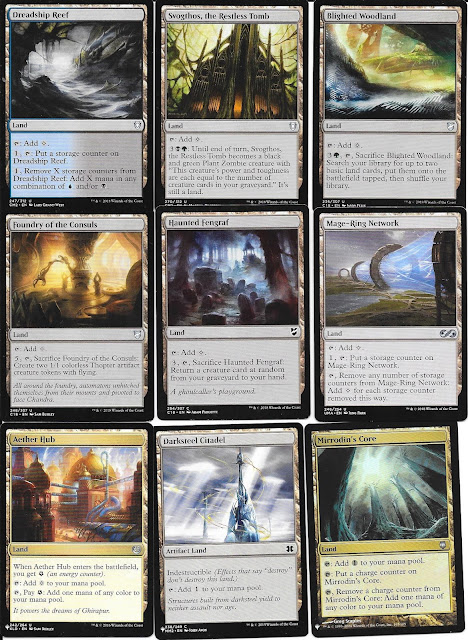 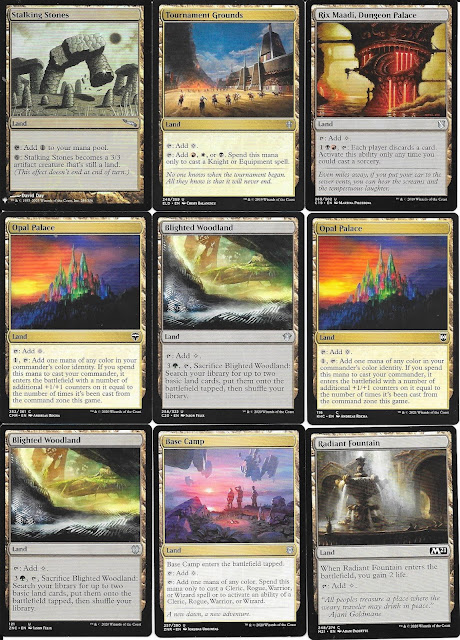 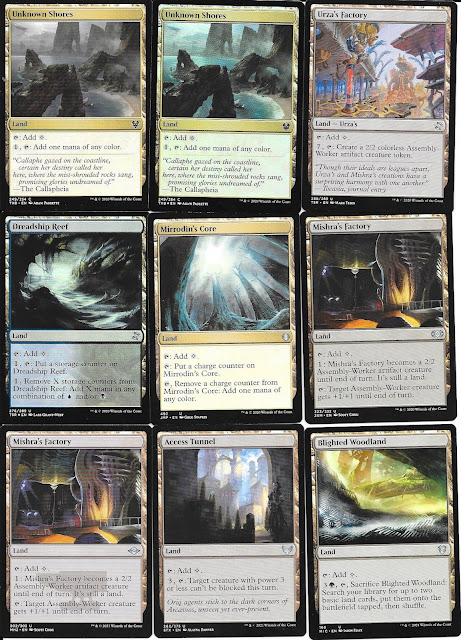 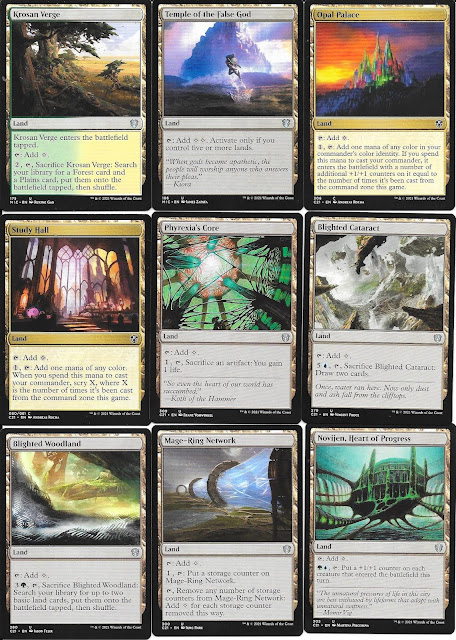 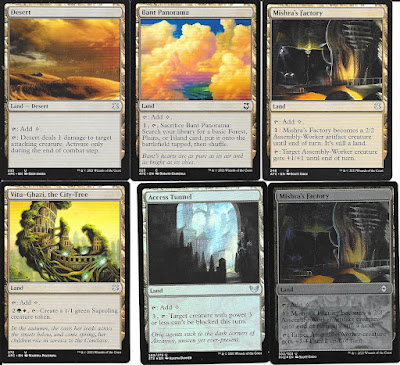 Definitely a good start and knocked off plenty, but like the artifact cards, there are some which will be out of my price range, still a bunch of others to keep an eye out for.
Posted by CrazieJoe at 8:00 AM