It Doesn't Have To Be New

I know many of the cards that I share here are nothing "special" and nothing "new" to a lot of people, but I like to think they may bring back cards that you forgot about, or give you a chance to re-remember them. Jogging memory of cards past is a good thing!

1990-91 Upper Deck is definitely not "ew". We have all likely seen it, and then put the cards away, seen again a while later, and forgotten. I know I have all the Leaf cards, but I don't necessarily pull them out regularly to look at them, so sometimes seeing them here is another reminder.
I mean, the cards are great. They were good at the time, and hold up well. As for the players, I remember them all though none were specific faves.
Those are all the keepers for me, but plenty more and here are the backs... 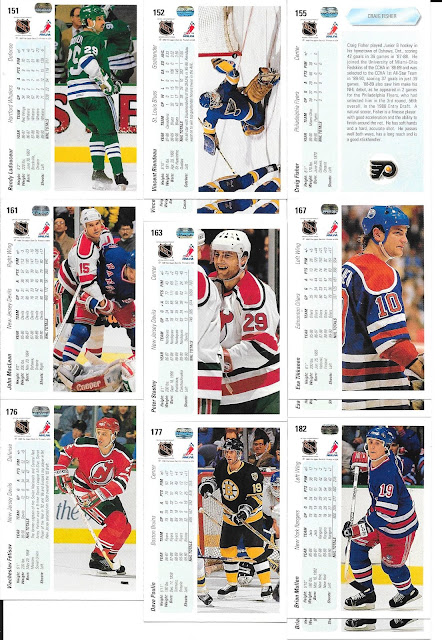 Easy to forget the simplicity though effectiveness of the back designs too. Though I should have scanned the front of the Esa card where he is holding up the Stanley Cup - always a nice cameo when it's in the pic. 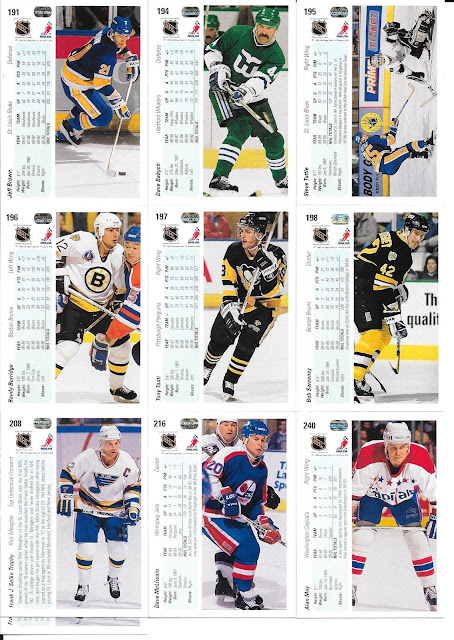 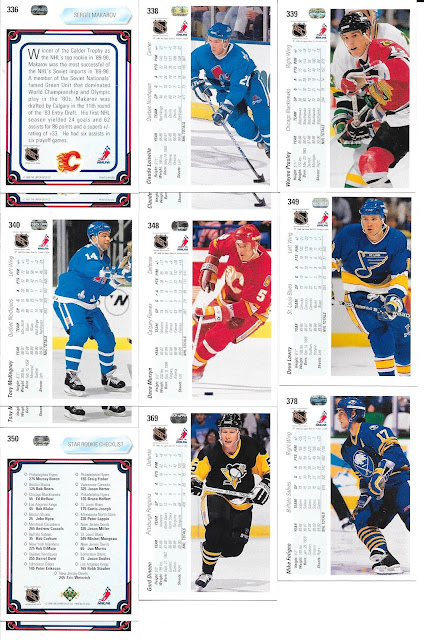 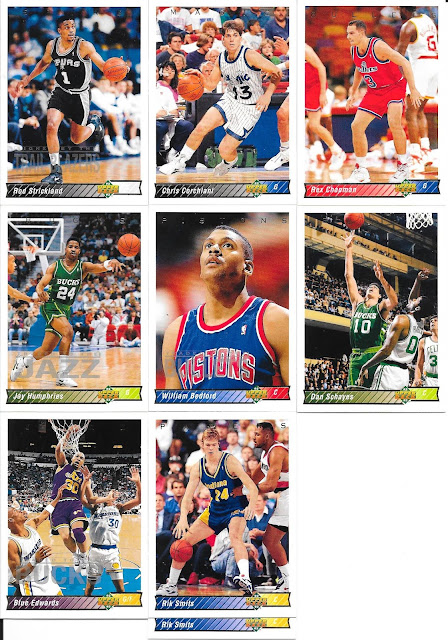 We get to end with a few 1992-93 Upper Deck basketball which missed out on the large bunch of them I worked through not too long ago. I don't think any of these are new, but more dupes of the dupe heavy set. 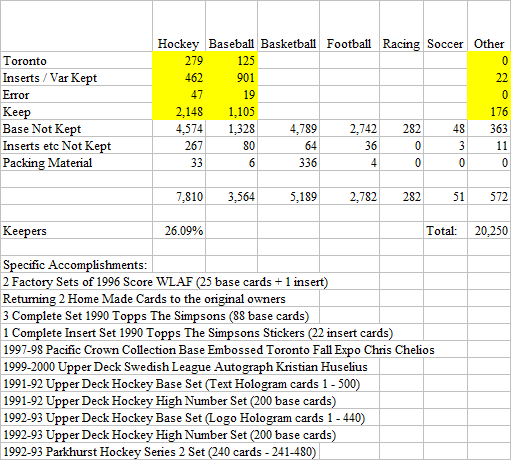 Well, since we are talking about things not having to be new, how about a newer card to end. I don't typically do PWE trades for a single card, but this one was shiny enough, I didn't mind sending a few cards in exchange for it.... 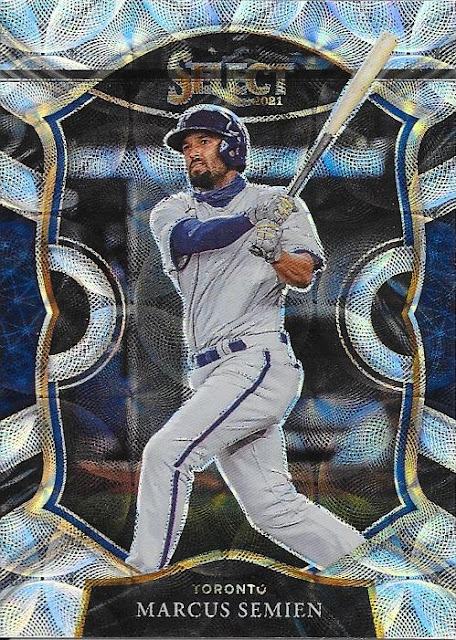 So, it wasn't until I scanned the card, I noticed the line across the top in the scan, and yes - it's actually on the card itself too. My best guess is, whatever happened must have happened in transit because it is the card scanned at TCDB here, and that looks fine. It feels fine in hand as well so don't have a clue what happened there. Similarly on the bottom of the back there is a slight indent straight line across the card noticeable when reflecting the light. My guess is both issues must have something to do with rollers maybe in the mail? I dunno. It was packaged in a PWE, in a penny sleeve and top loader, so packaged fine...
Any guesses?
Either way, still appreciate the trade with Orry04 - but seems a small mystery is afoot. No worries though, all good, just curious. :)
Posted by CrazieJoe at 8:00 AM