1991-92 Pro Set Platinum - oh what tried to be a "premium" card at the time and now, is just as junk wax as almost everything else during the period. Don't get me wrong, the Stadium Club vibe does well, and it is a set I really like, even though the back doesn't have any stats.

A solid start with the team cards as we get copies needed for the set build, and Douggie is always welcome to show up. 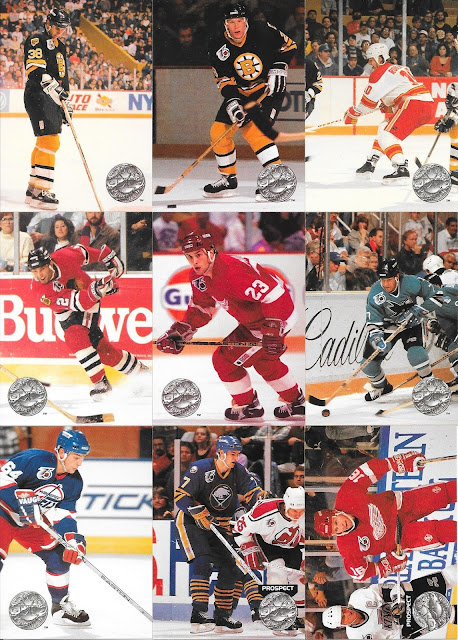 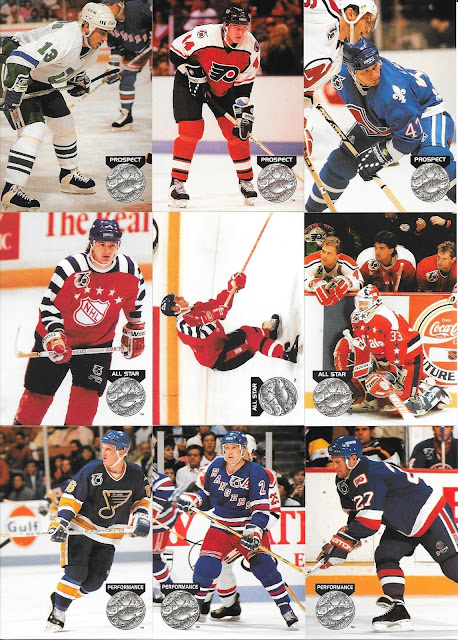 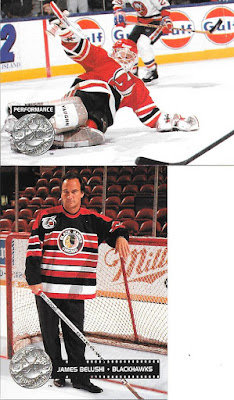 Awesome to add 20 cards here as we get over 80% done on the set, and any time you can get a Jim Belushi hockey card, you gotta wonder what the heck they were doing. Awesome...but, really? I don't remember celebrity captains being a thing, but cards don't lie.
Definitely needed the help in the subsets between the All Stars and Performance cards too.
As for the rest... 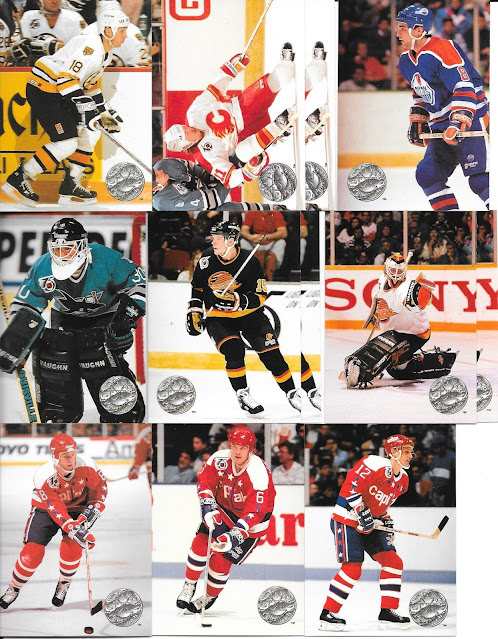 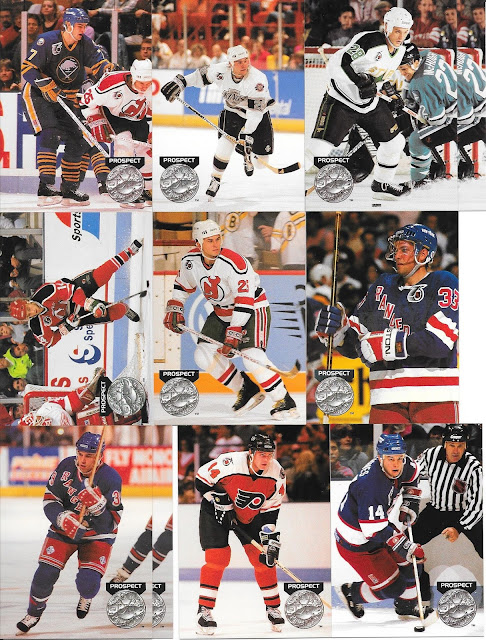 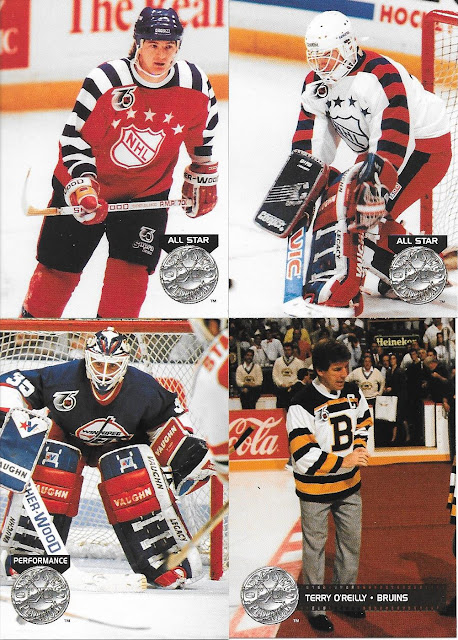 Wouldn't have necessarily thought of Terry as a celebrity, especially when you have Jim Belushi - a "real" celebrity and not a sport personality/player/coach, etc. 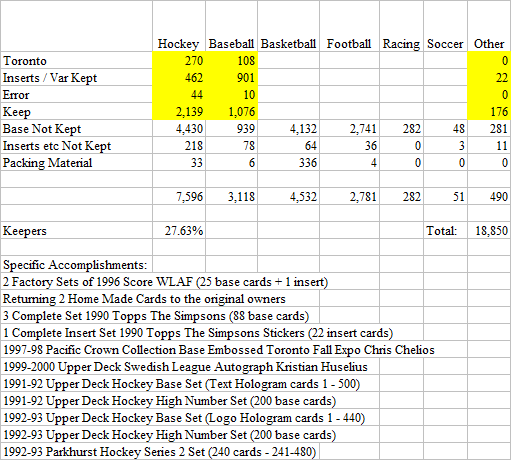 We get to end with an awesome bunch of cards from good ol' Ricky_Bobby from TCDB. A fellow Ontarian, he's out in Ottawa, and we were able to have this trade arrive very quickly on both sides, it was quite nice.
Oh, but let's get to the cards... 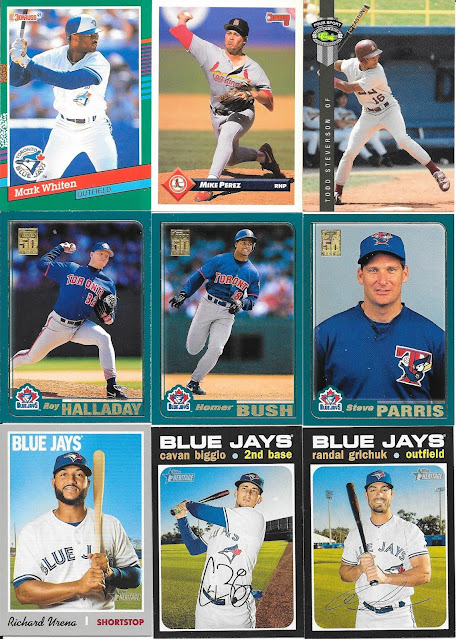 With all the different variations in 1991 Donruss, there are 92 different Jays base cards, and I may well have about 90 of them. Now, I do have a set as well, so will have to go through all the cards soon and see if I truly have one of each for the team "set".
I am not a fan of the 1992 Classic Four Sports cards, but one more Jay and my team set is "complete". Getting close on the 2001 Topps Jays too. 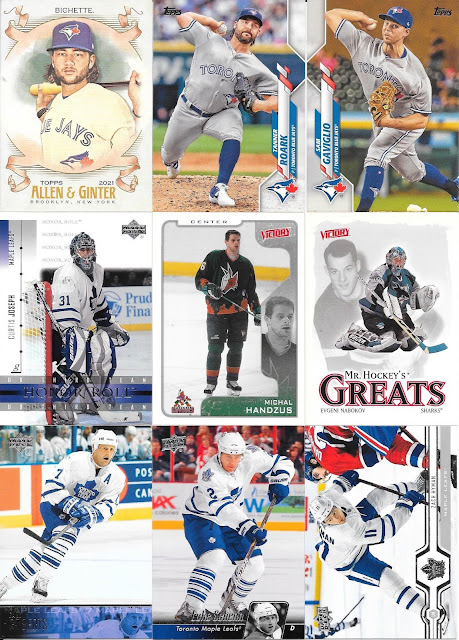 Some newer Jays with older looks like Heritage and A&G. The hockey cards include a couple 2001-02 Victory base set needs, and of course a smattering of Leafs. 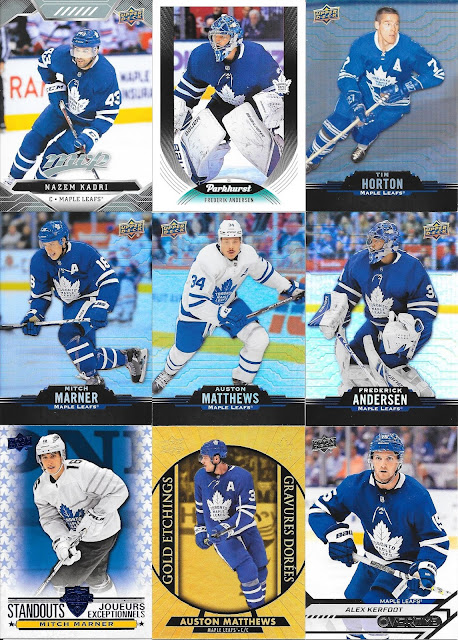 We get to complete the base Timmies' Leaf set of 6 with the 4 here for the 2020-21 set, and get the only Standout insert for the Leafs too.
Also, I still really like to excessive Gold Etchings cards.
Posted by CrazieJoe at 8:00 AM