Not a new Jays card, but one I really like... 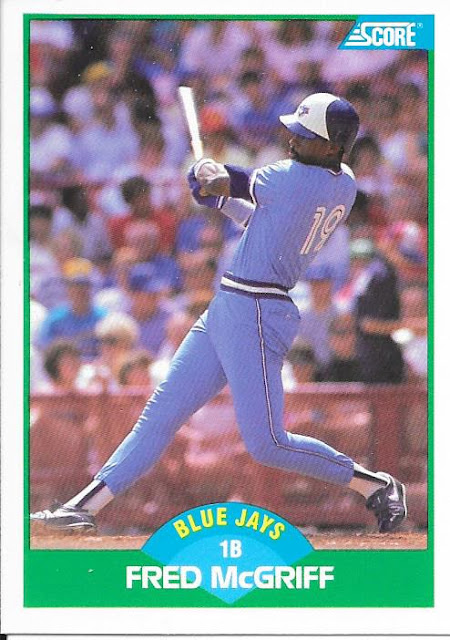 Always liked the Crime Dog, and the stretched out stance after taking a swing provides a great full shot. The light blue uniforms, which the Jays have played with more again in the last year or so - but I like the 80s version, not so much the current try for whatever reason. 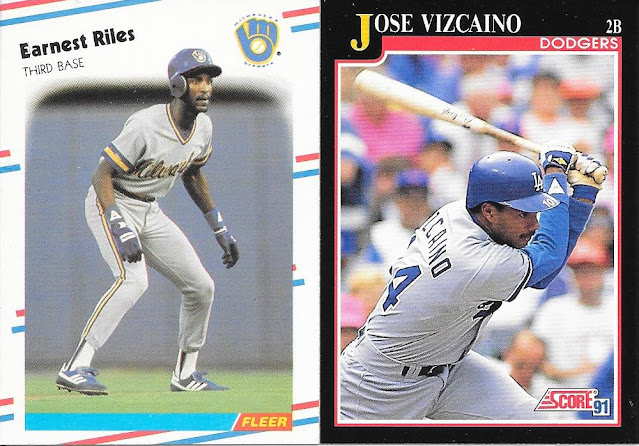 A couple nice uncorrected error cards. Earnest which I get, his name is either Earnie or Ernest, so a small spelling issue.
Jose's card on the back refers to Jose Offerman and Jose Opperman. Quality, simple errors to add to the error binders. Small cute errors like this always get me smiling.
The rest today... 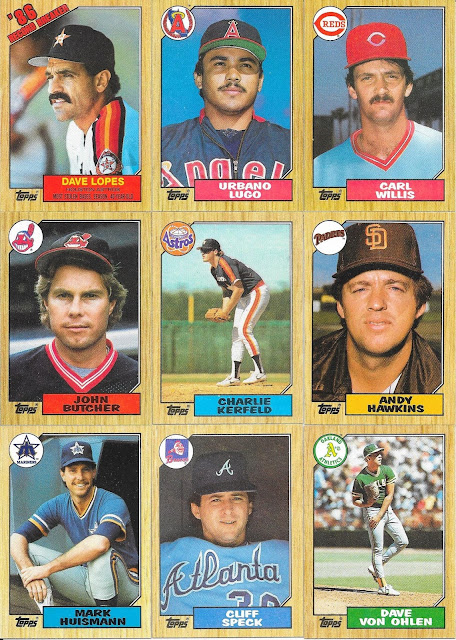 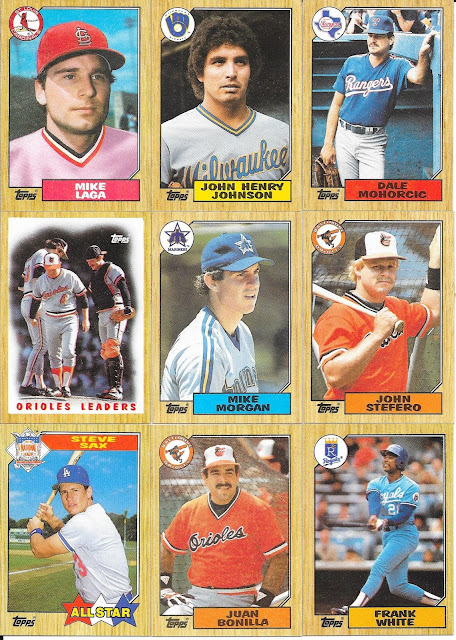 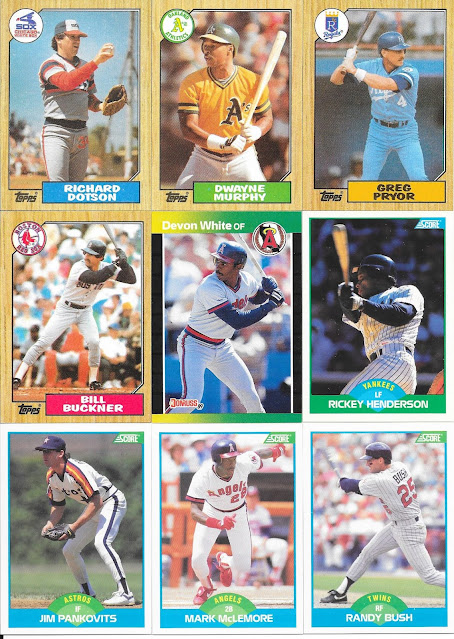 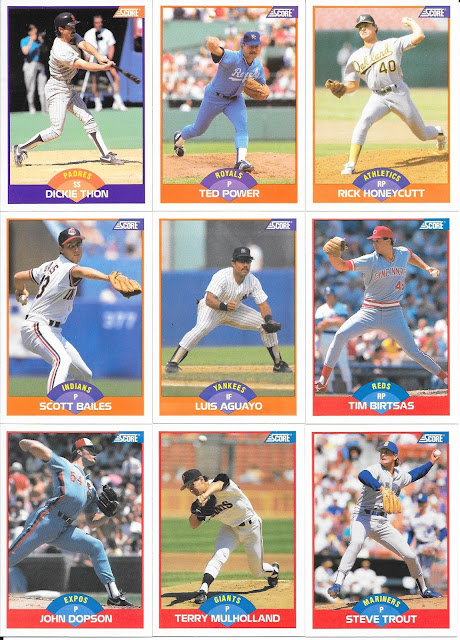 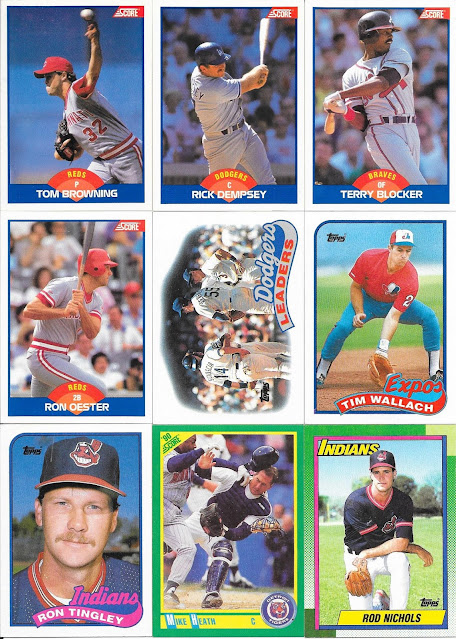 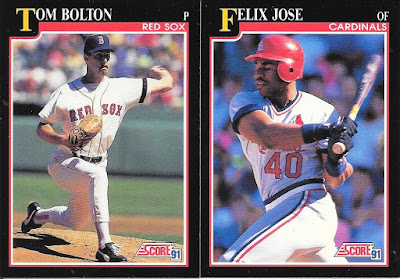 Not a bad bunch of unneeded cards. Just that they are, unneeded for me. Definitely will end up helping someone though! 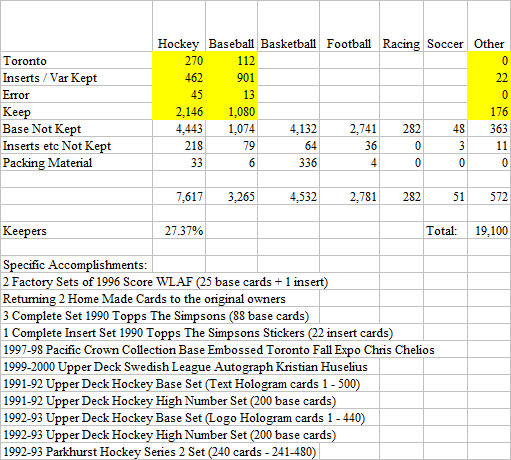 So, I recently went through and figured I'd expand my Magic card collection slightly to include lands that produce colourless mana. I mean, since I collect artifacts, which are colourless, makes sense to have lands that create colour lands. Well, when I was going through and pulling a bunch at 401games, which I will share another day, I pulled some generally more unique, though not expensive, artifact cards too. 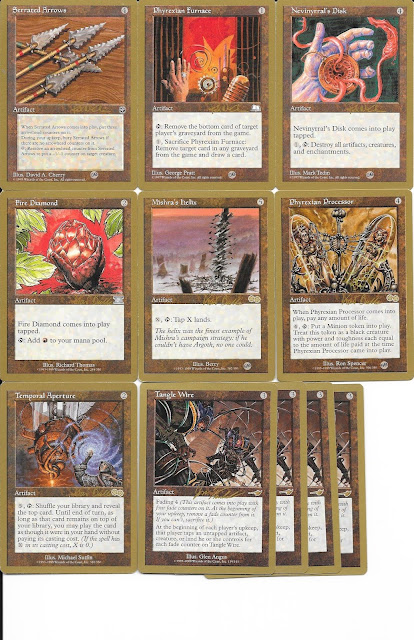 These gold bordered cards are from World Championship decks releases which were done in the late 90s and early 2000s. What they did is put together the cards from some of the top decks in the championships of the time, so you could play decks like the champs.
The sets were done with a gold border, faux signatures of the player, and different backs from the standard Magic cards. 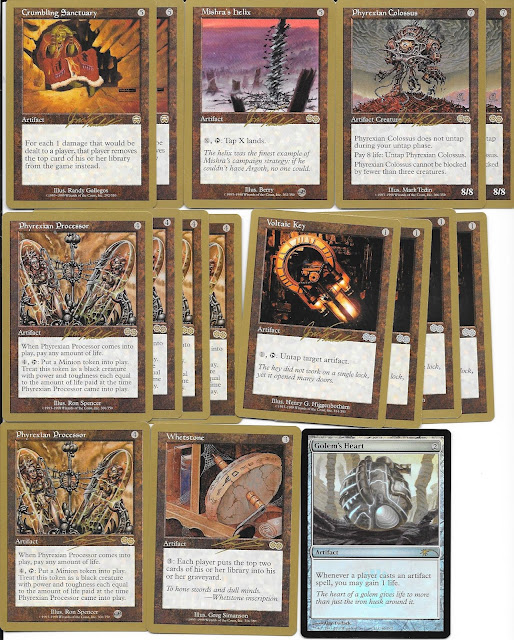 Hadn't seen them available before so took the opportunity to pull multiple copies where available too.
The Heart is a Wizards Play Network special promotional card from 2010 - yeah, we are getting into the odd pick ups now when adding to the collection as a lot of the missing cards in the "normal" sets are more expensive. 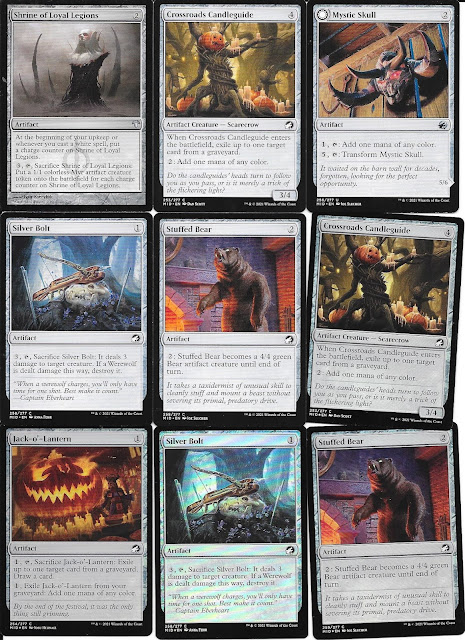 Also picked up some artifacts - base and foil - from Midnight Hunt, a more recent release, but I need to figure out how to get these newer and more confusing checklists onto TCDB as no one else seems to be working on them.
Posted by CrazieJoe at 8:00 AM