There hasn't been a ton of baseball "junk era" cards come out of this lot, but I think that is about to change, though not in a huge way. There are still a number of sets from the time, that I haven't completed, and there are also the Jays to collect, so still something in it for me, besides the big nostalgia factor as that was my youth time wise. 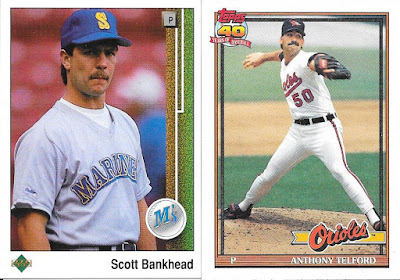 Just a couple set additions for me. I know 1989 Upper Deck will likely be one card short whenever I get it mostly done given the Griffey rookie card, but maybe I can find a chewed up one for cheap at some point.

1991 Score was THE set for baseball when I was a kid. Stickers in the late 80s is what started it for me in baseball collecting, but this set was the first I got in any major way. As I have mentioned, probably the only set as a kid I got a box of. 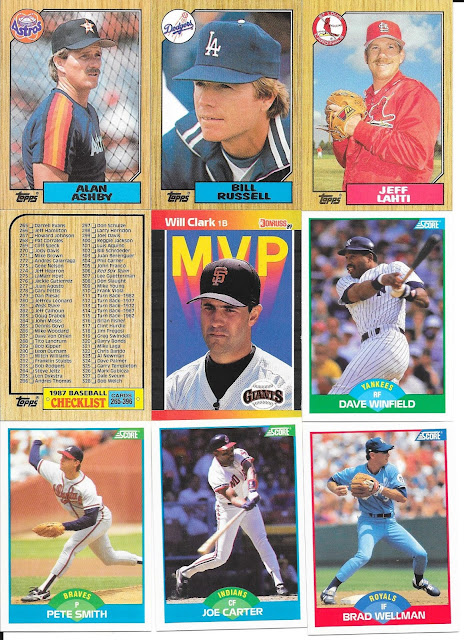 1987 Topps and 1989 Score are sets that I have completed. Will CLark MVP is one I happen to have. 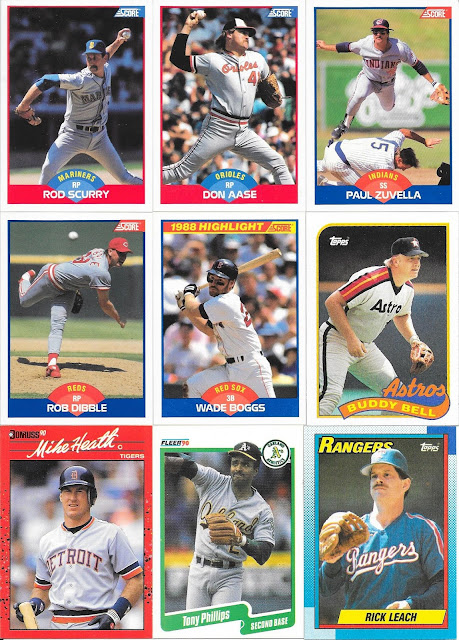 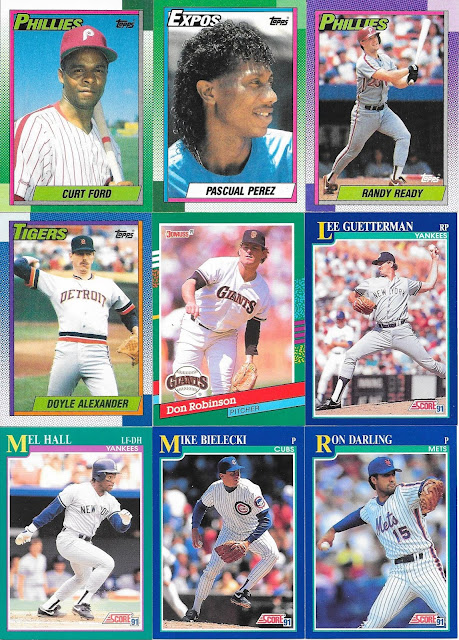 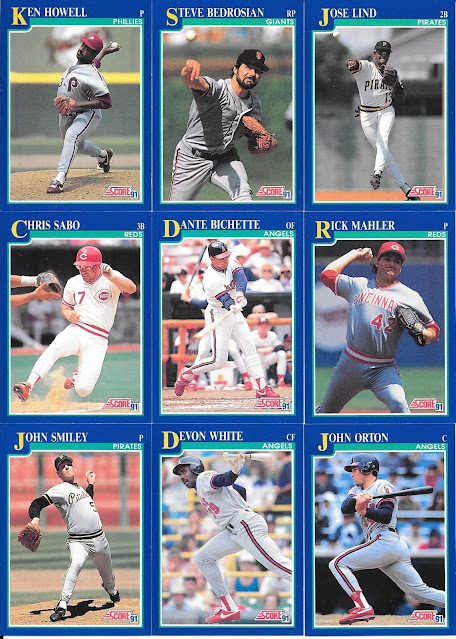 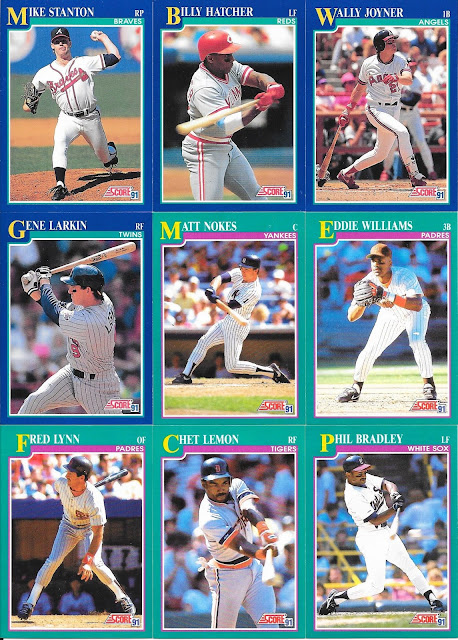 Though we may complain about the multicoloured borders from 1991 Score - at least they didn't incorporate 1991 Fleer yellow! 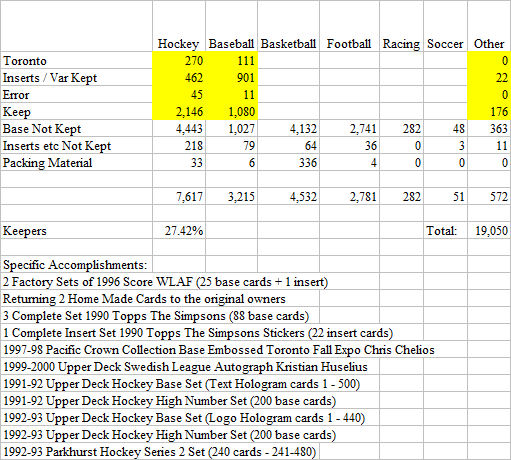 Let's take a look at some more cards from www.baseballcardstore.ca today... 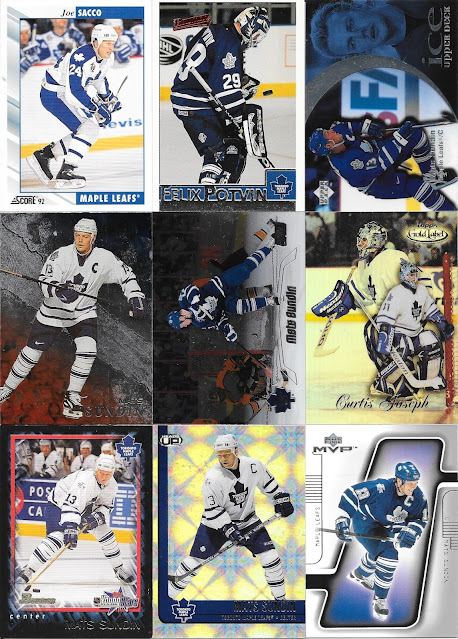 We can call these the odds and sods of Leaf goodies which don't complete team sets for me.
A number of cards I am a sucker for like the acetate Ice cards and flashing shiny cards too.
As you can see, heavy on the Mats, and that's perfectly fine as it keeps moving Mats as being my most collected Leafs. 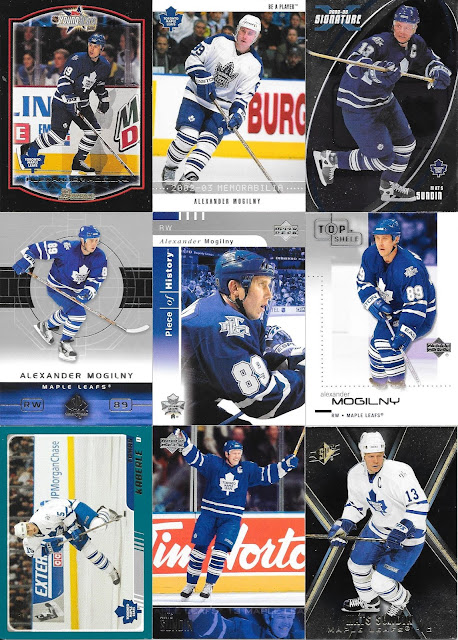 Not a fan of the dark border Bowman set from the early 00s - just too problematic for keeping knick free as Magic cards have taught me long ago. 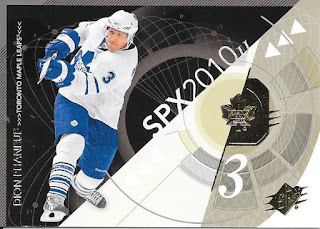 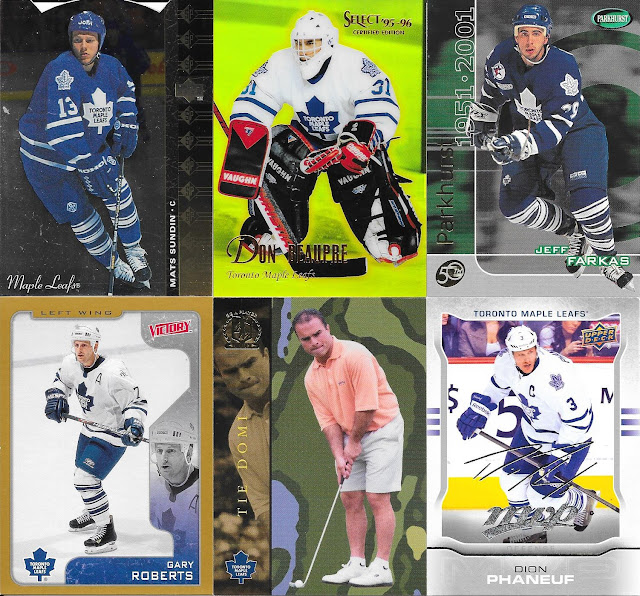 A decent number of parallels/inserts too including an unfortunate Leaf golfing with Tie Domi. I mean, would be nice if they never had the chance to golf with long play offs runs, but that wasn't the case every year unfortunately.
Though most of the cards are late 90s and early 2000s, a nice silver script Dion from 2014-15 Upper Deck MVP is as new as we get. Do like that MVP design though.
A smaller sample for the remaining Leaf cards to come...oh, and all the Jays too...and some odd stuff after that.
Posted by CrazieJoe at 8:00 AM