Well, if you are feeling the holiday blues, this set will....well, provide the blue background for you. 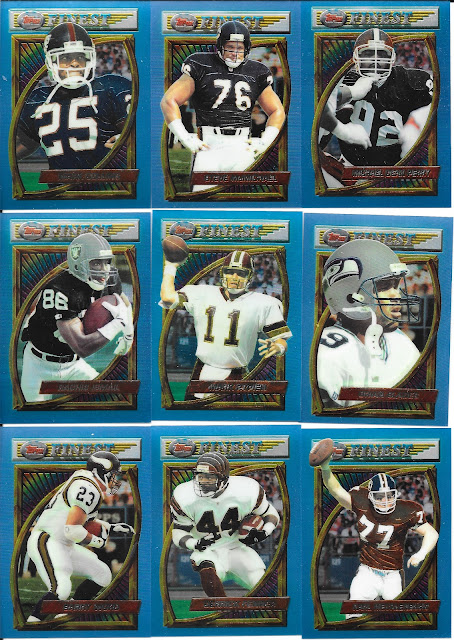 The cards definitely have a bit of natural aged curve to them, but the blue border colour is nice. I have no idea why Brian Blades was shown to have gigantism of the head. I mean, this makes me think of Jen Griffey Jr. on The Simpsons - yikes!
I like that the photos do touch outside the photo border to give a little more pop to the shots, but again, the chrome look does draw a bit away from the pop by dulling them down a bit in hand, and in scan. 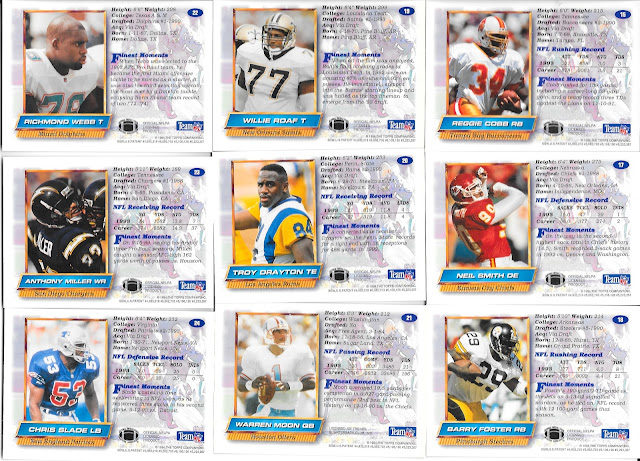 The backs are fine - nothing that drives me crazy really, though of course, the lack af full stats, but the colour scheme being a bit mid-90s, though done okay, and the photo not being a same shot as the front, are fine enough. 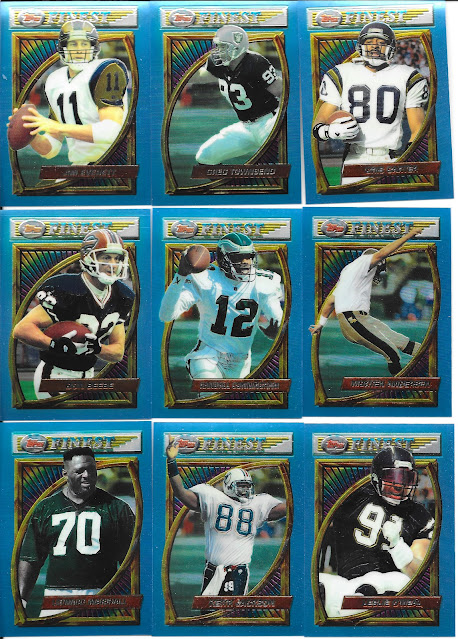 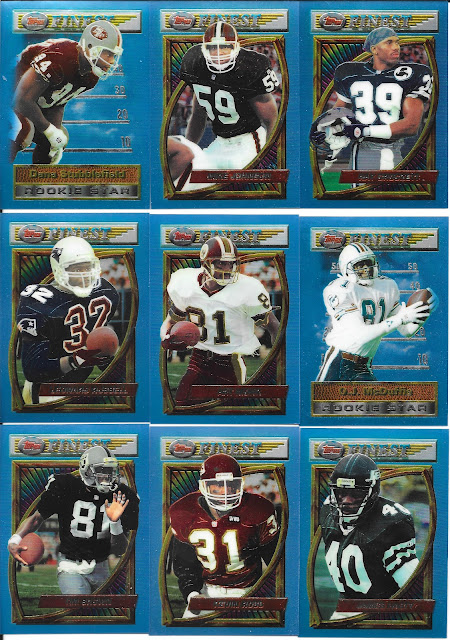 I guess that for some, the background shot wasn't good enough, so we had to wipe it and throw a generic football field background behind them - I mean literally the football lines. Doesn't make sense as a backdrop but...it's something I guess. 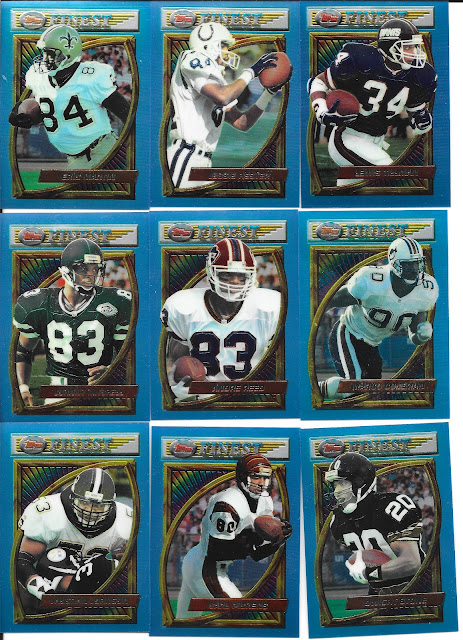 Over 110 of the cards here, so a nice starter set if anyone is interested as they are all unique. Probably missing big stars and rookies, but many are here for anyone interested! 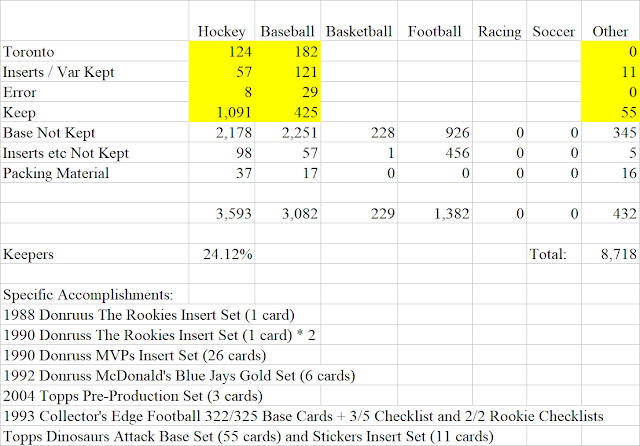 Let's end with some keeper cards from a small PWE trade with TCDB member Nashino. 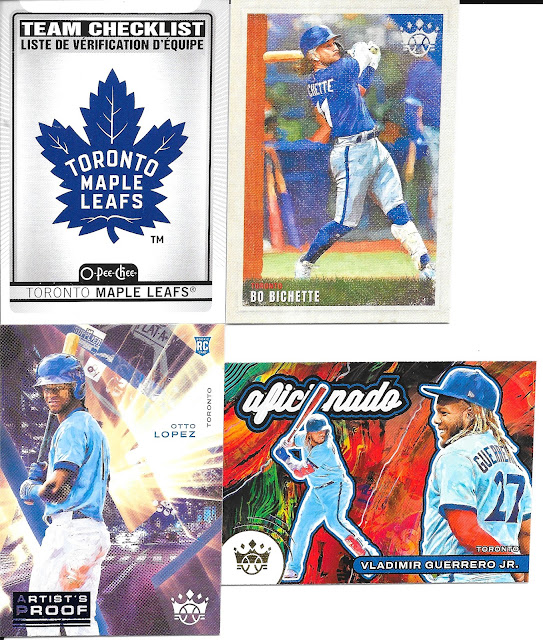 I love the Diamond King cards for years ago, and not a fan of Panini, so always torn on these. At least the Aficionado card is a one and done Jays insert which is cool.
Also - team logo cards - love them and need more!
Appreciate the trade, as always!
Posted by CrazieJoe at 8:00 AM