Shout out to Toronto local Jeff Scott who I have mentioned here before. We get together a couple times a year to trade stuffs. I continually just gather Boston Bruins cards as I come across them, and he ends up with a wide range of stuffs to pass along...some of which I keep...and some of which I trade away and look to get some more Bruins for him that way. He provided a bunch of stuff which I will probably go over once I am on holiday, so will be able to share over a few days here on the blog in the next few weeks, so stay tuned for that!

Sure, the set today from the COVID lot isn't "new" by any means, but as far as my collecting go, definitely one of the newer base sets I have on my to do list, and a lot of that is because of how clean looking and sharp the set appears. 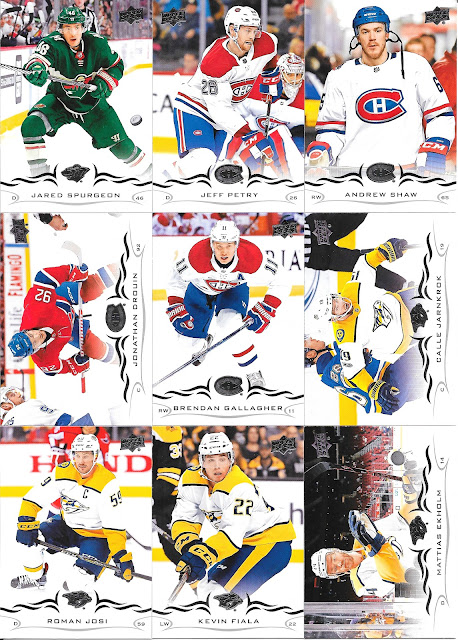 My only complaint on the front is the foil team logo. I don't mind foil, but a normal colour logo would have done much better to me. The only other unfortunate part is - well, today's cards have too much Montreal content! 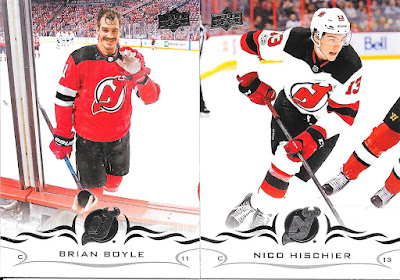 Some of the cards are a bit different in photo than just action in game shots, Botle being a fair example of it.
Since we have dupes of a number of these cards, let's glance at some junk in their trunk...I mean...the backs... 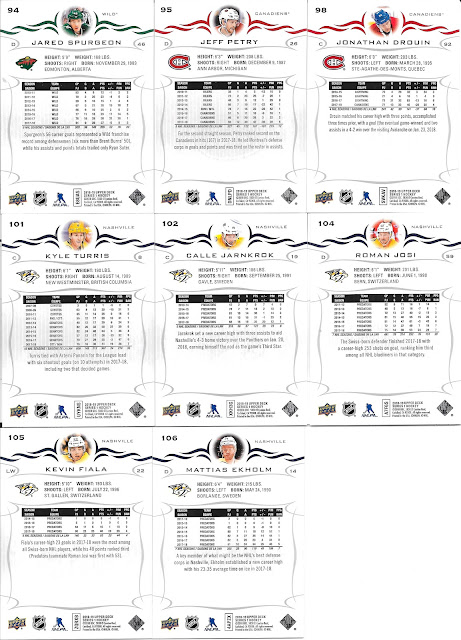 The backs remind me very much of an O Pee Chee back - full stats, write up in some of the space, but the nagging sense that some of the room is wasted into empty blankness. Still, much better than some, so overall happy with the design and look forward to continuing to slowly grow the set - hopefully more from this lot as a good starting point too. 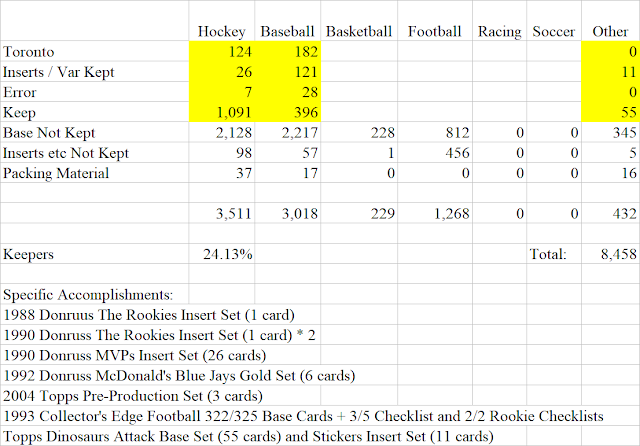