There are some spots in the COVID lot where it looks like player collections, or stars, have been put aside as part of maybe a first go through, and then decided against keeping, and they still ended up in the lot.

I think that is what we are seeing a bit of today. 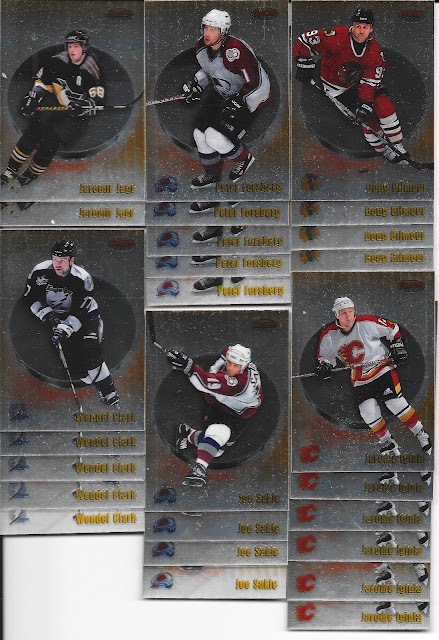 e saw a bunch of the same set already, but it had been missing some stars. It looks like those stars were set aside, until now, though I am still impressed by the number of each card here.

We saw a bunch of Jagr cards, so these didn't end up with that same group for some reason. Same can be said for Forsberg and Iginla, and I can best guess that Clark and Gilmour may have been pulled for PCs and then decided against.

It's interesting to try and figure out the thought process on lots that have been gone through, and for what remains, what may have been there, and what never was. As for me today, no winners or keepers, but some solid star cards I can find new homes for. 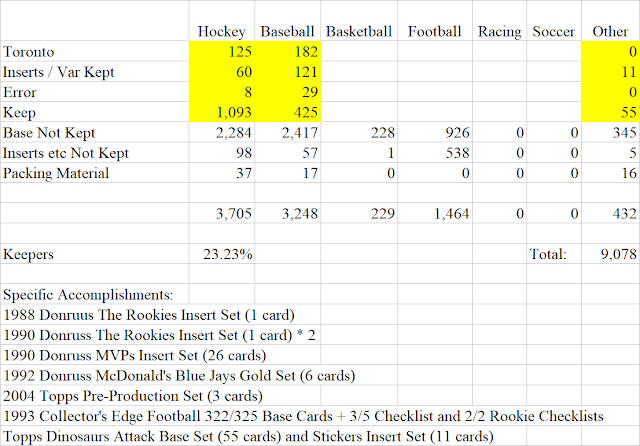