In getting bigger lots of cards, there's always the possibility of repetition in some cards, and we get a few of those today, from one of my "favourite" hockey sets every... 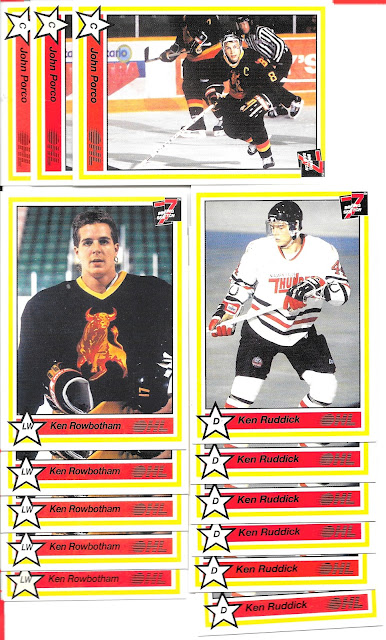 So, let's take a closer look at each and there hockey success...
John Porco never made the NHL but played for most of two decades in leagues through Germany, Scotland, Italy and other places in Europe mostly after some time in the OHL and AHL.
Ken Rowbotham only played the couple seasons in the OHL really, and called it quits after that.
Ken Ruddick spent most of the 90s in the ECHL after his time in the OHL - no NHL time.
So - about what you would expect for some OHL minor meaguers. 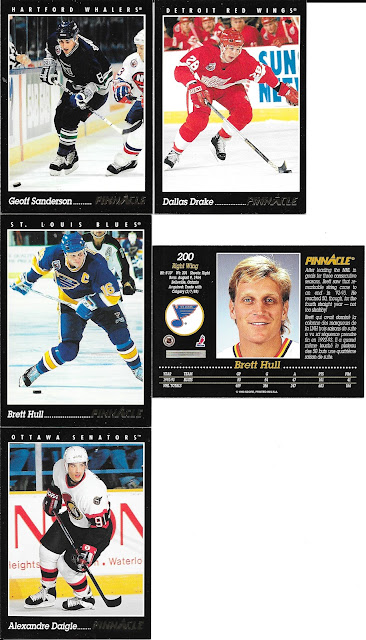 We also get a few 1993-94 Pinnacle Canadian cards with a pair of Hull's to highlight. Keep in mind the difference between this and the "regular" Pinnacle set for that year, as the Canadian has the French language write up on the back to go with the English, as you can see on the Brett card. I'm not collecting this set yet, so all up for grabs if anyone is interested! 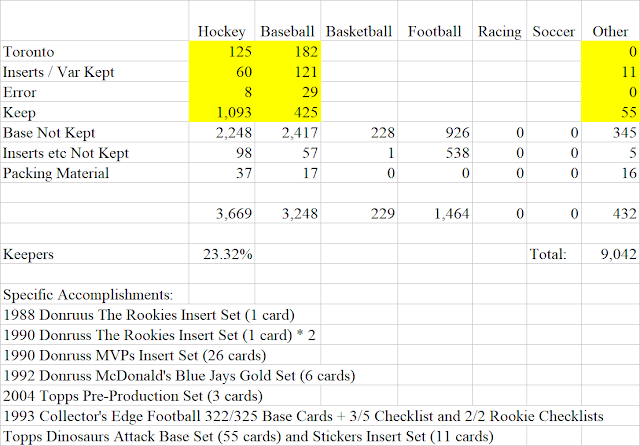