Today's COVID lot pulls...a smattering of hockey cards from about the 2000s. 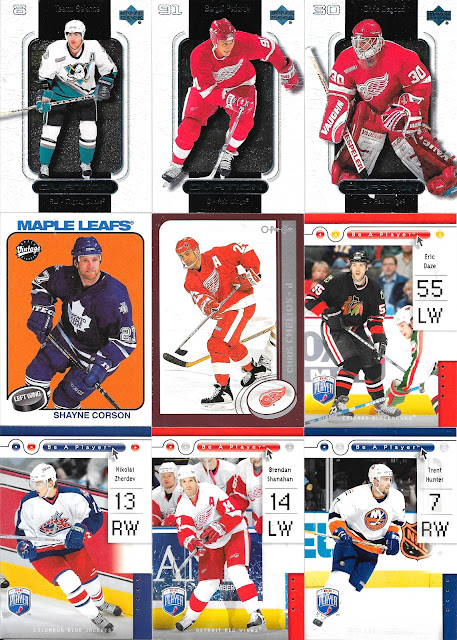 The only card I get to keep from this first bunch is the Corson Leaf card, but I think those Ovation cards are pretty nice. The design reminds me very much an Upper Deck Ice set, and the Be A Player set...like most of them, just doesn't inspire me. 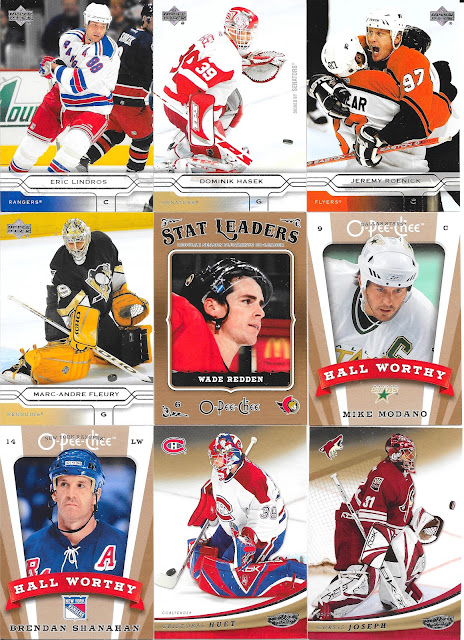 The first few here are 2004-05 Upper Deck flagship set. That was the year of no Stanley Cup and the shortened season, which also meant less hockey card sets than usual, so I don't see a lot of this Upper Deck set either.
I am happy to get a couple more base set adds of the 2006-07 O Pee Chee set, so that's good too! 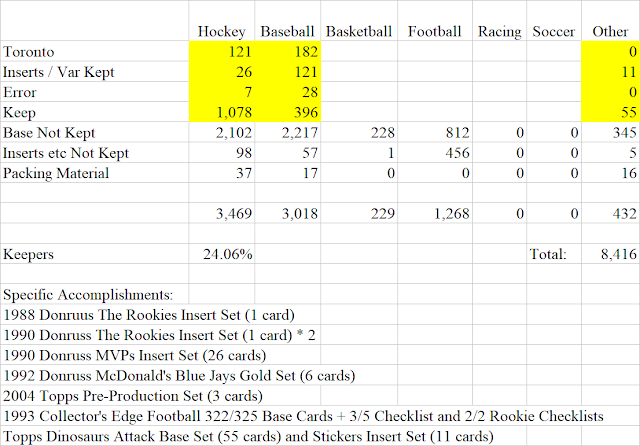 We can end today with a repeat trade partner from TCDB, tucha, and a bunch of Maple Leaf goodness... 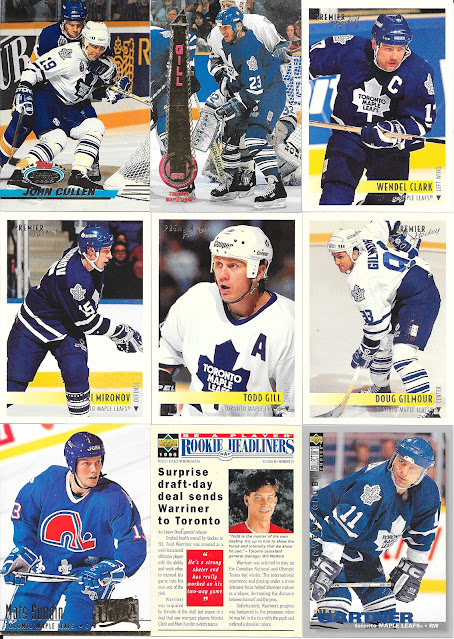 1994-95 Topps / O-Pee-Chee is a tough one and many people don't necessarily get them right. The fronts are identical and it's really just the French added on the back that give away the O-Pee-Chee. These were all supposed to be Topps versions, and were correctly coded too which was great.
The early Mats card, noting his new team and old Uniform is a nice one from Ultra too. 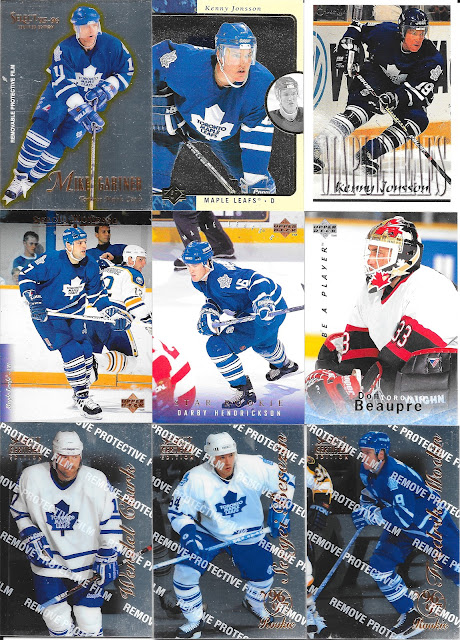 We move further into the 90s, and nice to get some protected 1996-97 Select Certified Leaf cards. All these cards are great pick ups, though no luck yet on finishing off any team sets, but have a few getting close now. 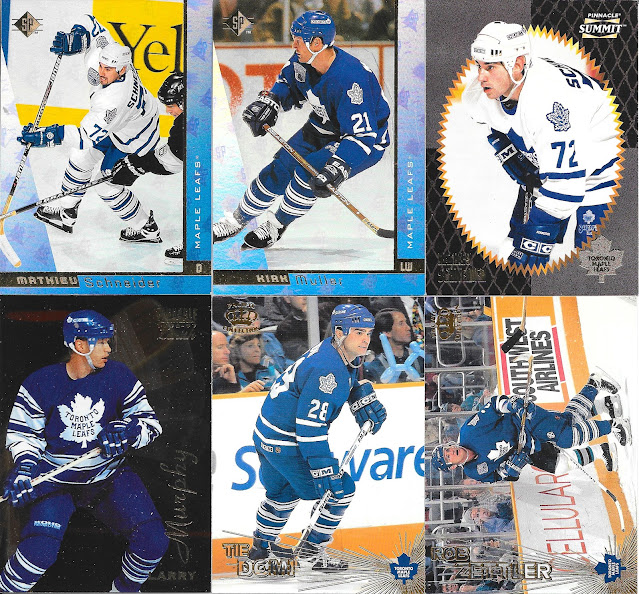 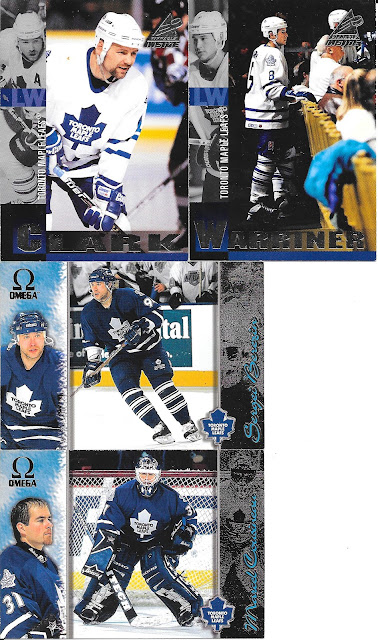 The more I see of later 90s Pacific sets, the more I like them. Definitely were ahead of their time design wise and hold up pretty darn well. I could go with a better choice on the right side of the Omega cards here instead of the scrunched photo option in greyscale, but small complaint.
Overall, another great trade - many thanks tucha!
Posted by CrazieJoe at 8:00 AM