Though they didn't spend all of their time with a single team, it's how many might remember them. In card terms, during the late 90s, these are some of the guys that seemed to be in every pack of cards. 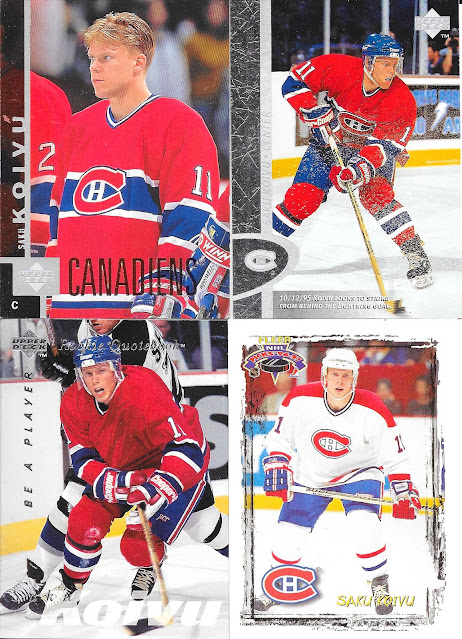 It's a shame he played for Montreal. I mean, I couldn't like the guy right out of the gate. I had to wait until about 2009-2010 when he moved to Anaheim in order to actually admit he had talent. A small sampling of cards for Saku, he was a main part to Montreal for a good stretch of his time there. Though even his Montreal time is essentially in two parts - before and after his public battel with non-Hodgkin lymphoma - though the quality of both runs were good. 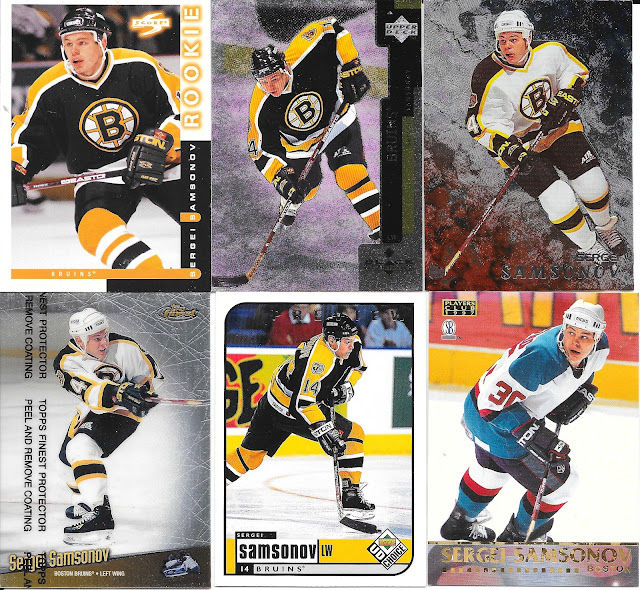 I swear, this man was in every pack of cards I ever opened, and as a Bruin. Even though he was in Boxton for about 9 of the 13 seasons he played, it wasn't his cards with Edmonton, Carolina, Montreal, Florida, or Chicago I ever remember - just Boston. 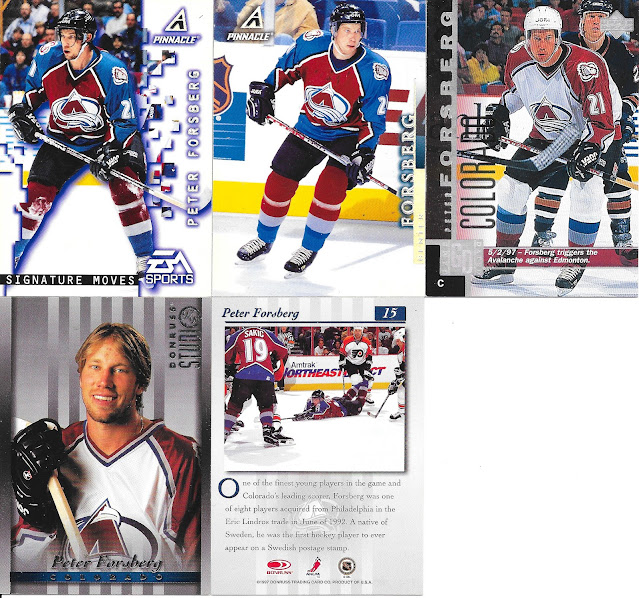 Another one where - not all his time was in Colorado, but, other than for rookie card purposes, his time in his first season with Quebec, before the move to Colorado, isn't the focus, or the years after Colorado with Philadelphia or Nashville (before a short return to Colorado before retiring).

11 seasons with a point a game or more is a great feat - it's just the last couple seasons it didn't happen. Great player, and wouldn't have minded more of his cards...unlike the other two. ;) 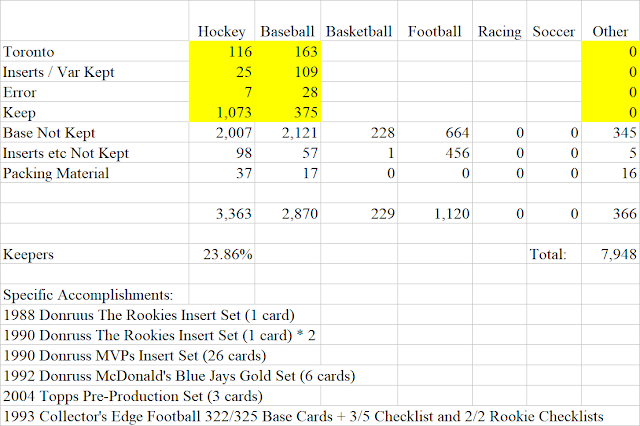