New To Me Newer Cards of Older Times

Today's COVID lot pullings are a bunch of hockey cards in the "not so retro, but retro subject matter" variety.

These are my first cards out of the 2001-02 Upper Deck Legends 100 card base set. It's one that, even just starting, I love the content and would like to collect. It's not on my "wants" yet on TCDB as there is so much out there I am looking for still, but I wouldn't say no to getting more.
2006-07 Parkhurst, I do have some cards of, so get to add another here.

In 2003-04, Parlhurst also put out six different Original Six sets, one covering each of the Original Six teams, so it's an entire set of Leafs which I only had a couple of before, so nice to get a few more here. Great content too when you can span the entire history of a storied team. 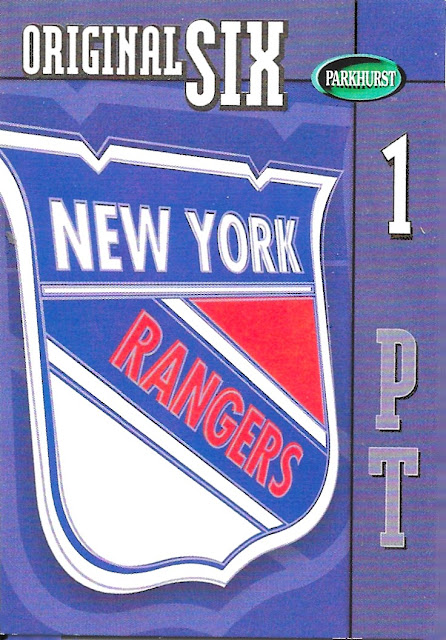 This point card is an insert from one of the other Original 6 teams...no bonus points if you can figure out which one. 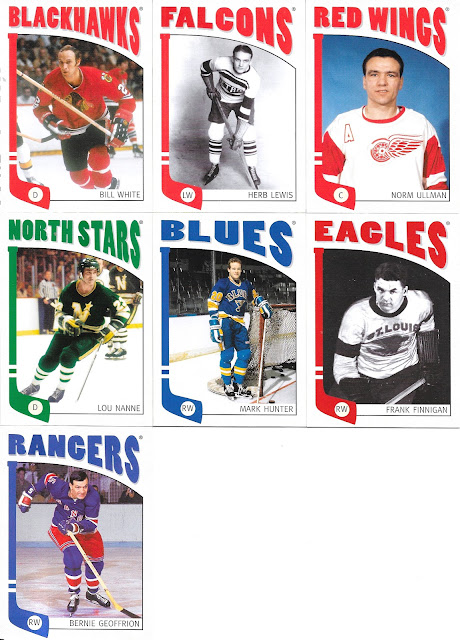 I don't know why it makes such a big difference to me, but the In The Game offerings of throwback or vintage player sets, just don't appeal to me the same way as those done by Parkhurst or Upper Deck. Is it just me? DOes this appeal as much as, or more, to some people out there? What am I missing? 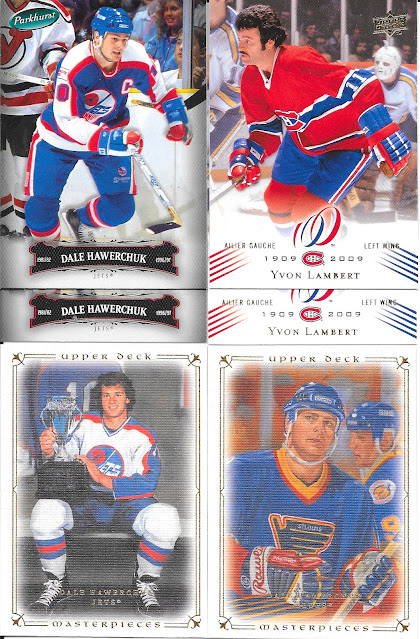 I loved the Maple Leaf Centennial set which came out in 2017, but I guess the other side is the Montreal similar set from which Yvon comes, and of which, I have no interest in collecting.
The 2008-09 Masterpieces set, I have loved since I first received cards from the set. I am down to needing just a handful to complete the small 87 card set, but unfortunately, these couple Dale cards are dupes. 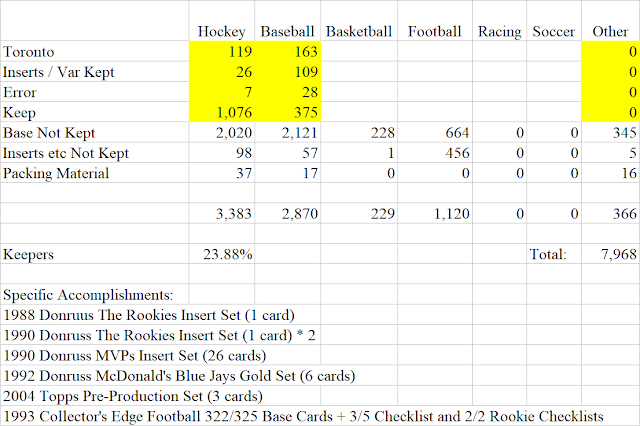 Let's end today with some newer cards, that are just newer to me and from a TCDB trade with Setshot68. 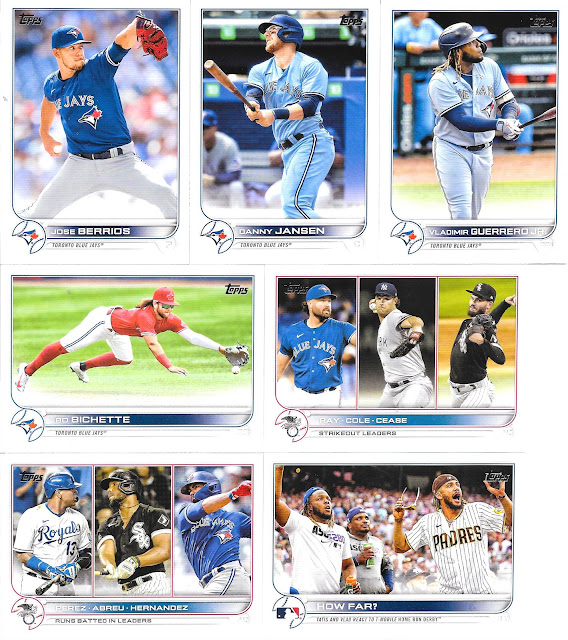 I have been lucky enough to have picked up plenty of the 2022 Topps Jays without buying a single pack or card or anything. The wonders of trading! Also nice that a couple of these are uncorrected error cards, so need a second copy of those as well.
The Bo is a great photo, and always love getting another Vladdy too. 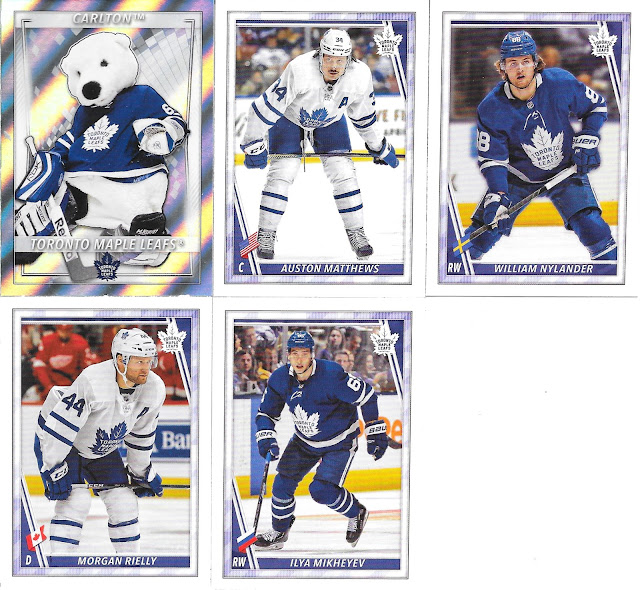 The other part of the trade provided some 2020-21 Topps stickers which highlight that there are never enough Carlton cards.
Appreciate the trade and the additions!
Posted by CrazieJoe at 8:00 AM