Like a couple days ago, I originally thought the cards today would be nothing to keep, but instead, it's a year when O Pee Chee was an insert set instead of being a standalone product. 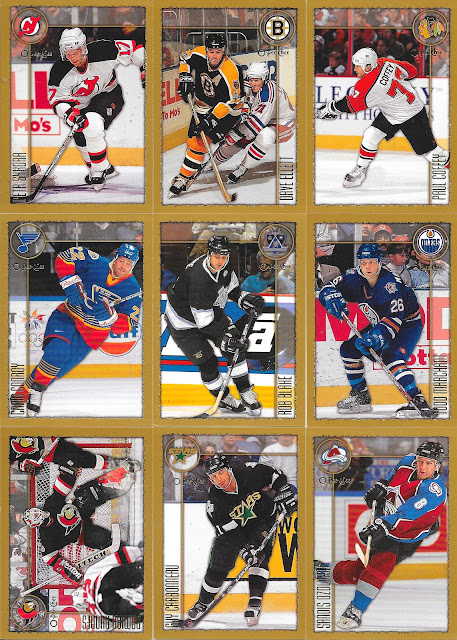 I am not a fan of sets that are standalone some years, then inserts, etc. The one that comes to mind in MVP for Upper Deck, but obviously O Pee Chee is another example here.
I don't mind the design and gold colouring, though it would be a great gold parallel. Overcoming that initial though, solid design. I don't remember much of Dave Ellett from his time outside of his years in Toronto. 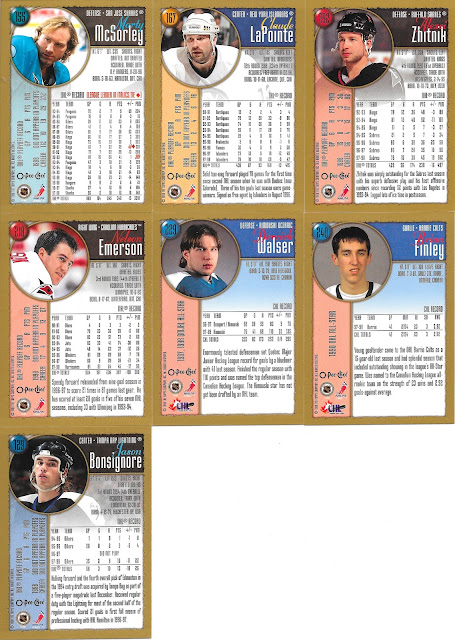 Other than the vertical writing under the picture, love the backs. Lots of stats, write ups where there is space, a nice second picture, just excellent all around. Small complaint - the number could be a bit easier to read colour scheme wise, but I can live with it. 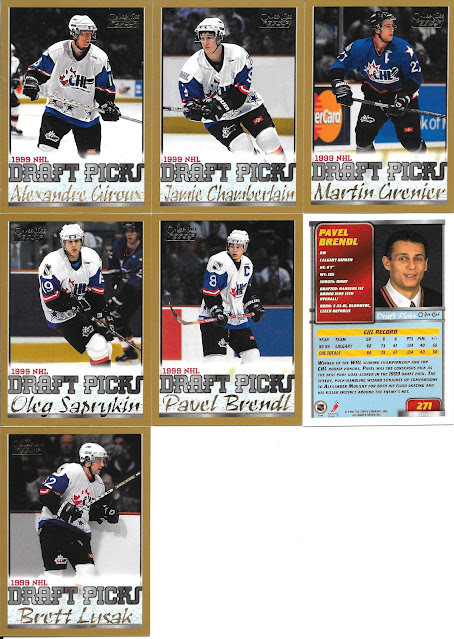 A better day than I was expecting though, so not going to complain! 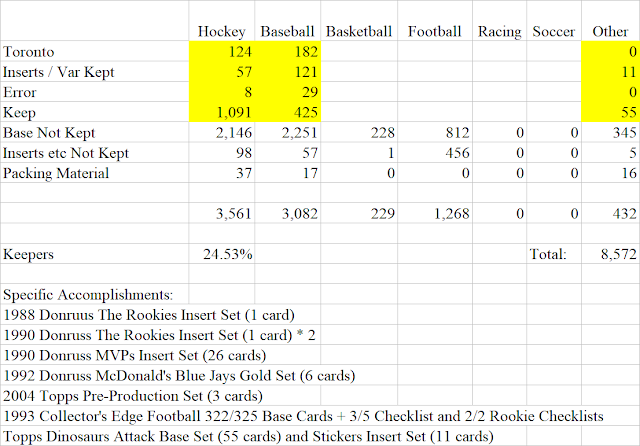