You probably either like or hate the front design of 2008 Topps flagship. 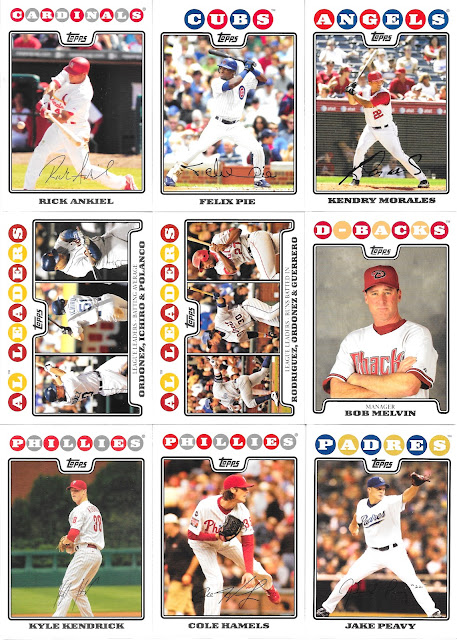 The balls team name design definitely stands out. Personally, I like it, mostly because of the team colour use and it's easy to see and recognize, but I can get people not liking it as well. Definitely a preferred design taste.
Wither way, it does help to make the 2008 year design stand out. 2008 Topps is also a set on my slow build because, in part, of the design. The Topps logo intrudes a little bit, but at least the placement is the same every time, a bit different from the "hide it in a corner within the photo" used most years. 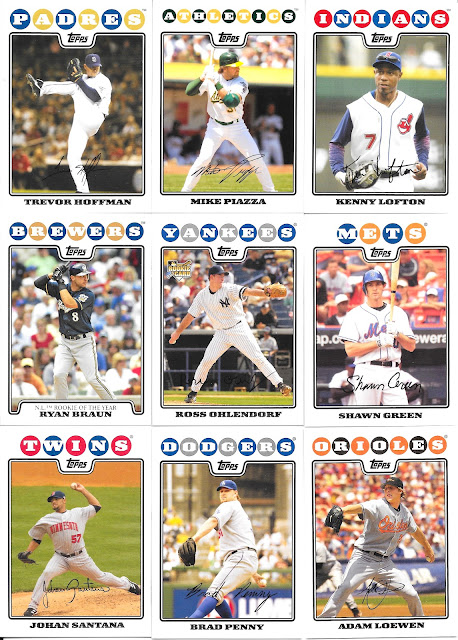 As I don't have much of the set, we get an all addition day here, yay! When we get to include The Hoff - no, not THAT Hoff, the one here, Trevor, that's pretty cool too.
Though Mike Piazza as an A - just doesn't ever look right. 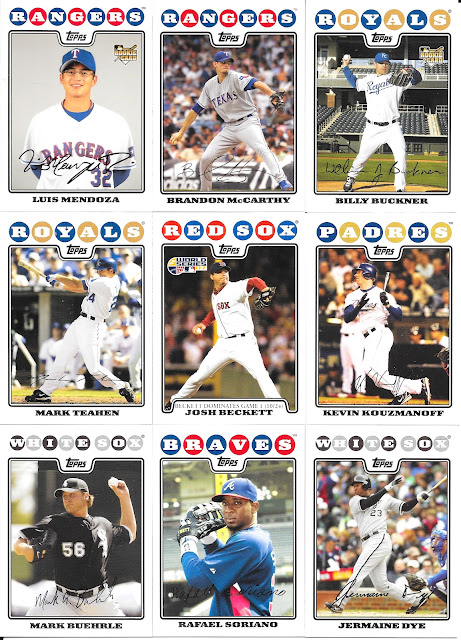 Design wise - I can live with the White Sox balls being black and grey...I mean, should have white in there somewhere, but that doesn't really work, so a good adjustment there. 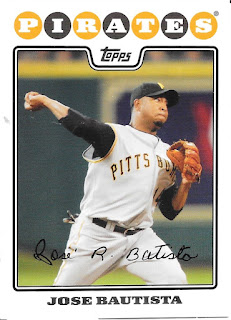 We end with one error card addition, and that's all for now. 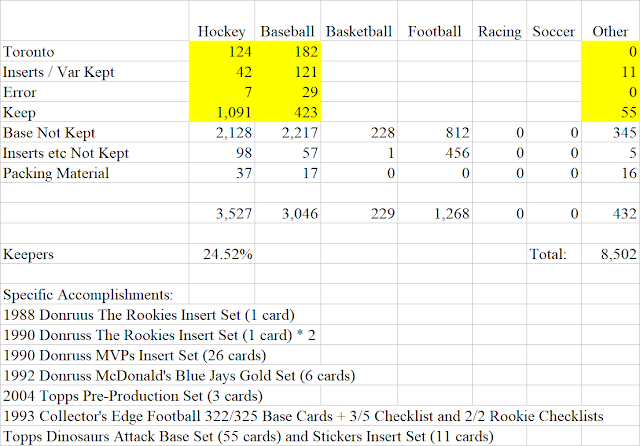