As I oft say, I really do like vintage cards, even though I don't specifically collect them - mostly because of the cost as generally (not always), vintage commons seem to be more expensive that more recent cards. I can't even say current cards - I mean, boxes now, you pay about $1 per card. 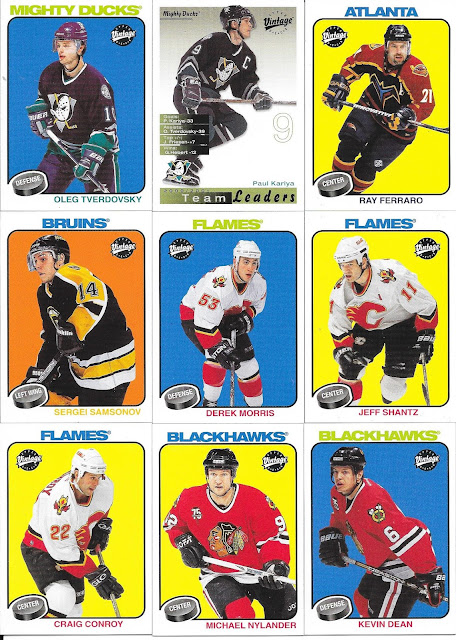 So, when I get a solid bunch of 2001-02 Upper Deck Vintage, you know I am going to gobble those up and keep working that base set.
Helps that it is a manageable 300 card base set. Rookies only take up the last 30 cards - I can say that I expect none or few of those as rookies does seem to be a thing generally missing through this lot. 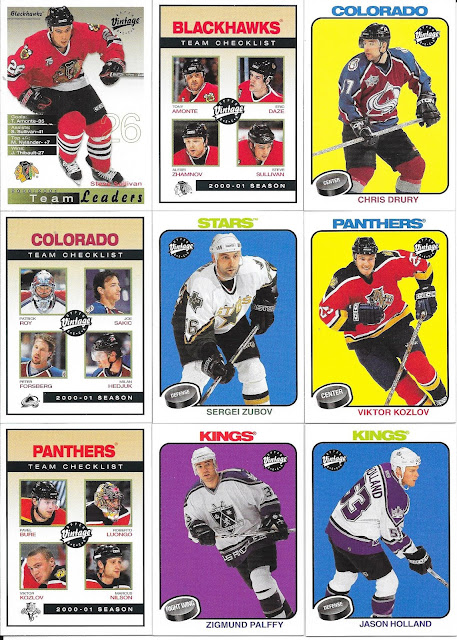 I like the way the team checklist cards are done, just highlight the big names of the team, and gives you a good recollection of the team as a whole. Colorado had a pretty solid 4 there...even if one is Roy. 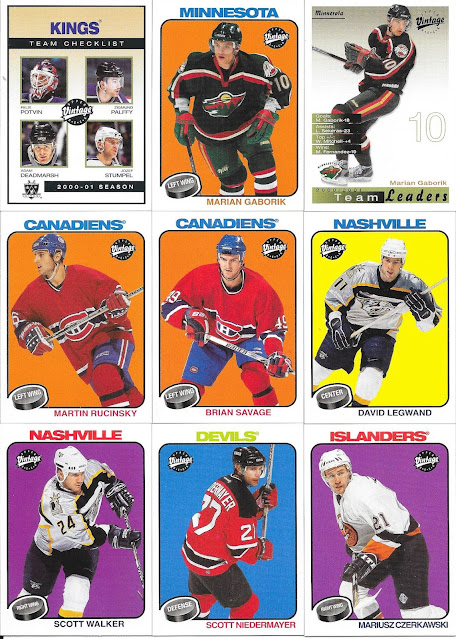 The colours are so bright, and the thick cardstock - just really like the feel for these cards. 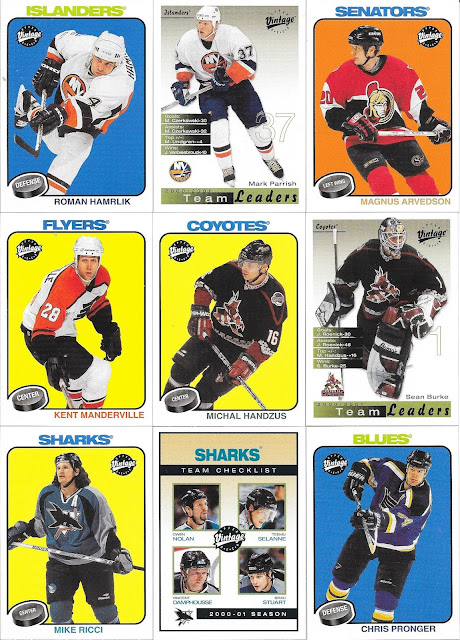 Teemu as a shark - no thank you. 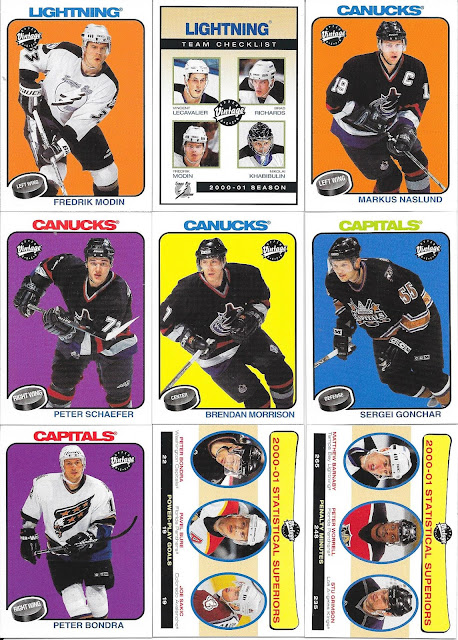 As you can see, the cards are done in the base set by team order - basic but does the trick.
Leaf content: 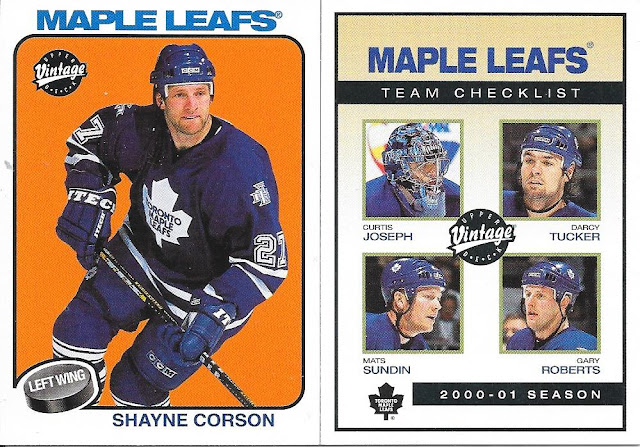 Transition time - and I mean that from times between me really loving the Leafs as a team. I will always be behind them, but Mats and Cujo were the "old guard" shortly here after, and the new crop of Leafs - the ))s Leafs were okay, but I just wasn't as behind them.
Only a few dupes in the bunch today... 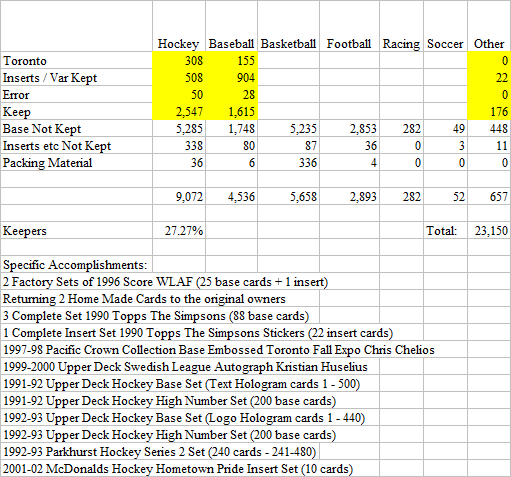