So today, 300 1993 Bowman baseball cards pass through my sorting of the lot, but I am not going to bother showing anything but the keepers... 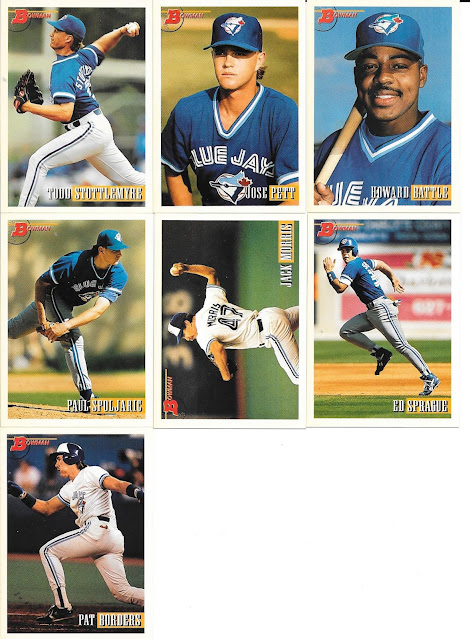 and ask the question - does discolouration ruin collecting/keeping cards?
I have mentioned with the other times these cards came up that they must have been exposed in a box somehow for a while because the same one side that would be "up" or showing when a box is open, are all discoloured from smoke. I took steps early on and deal with the smell which is gone in 99% of the cards - the odd one may have a slight whiff of smell, or it may just be me, but the discolouration is not something that can be fixed short of deciding to cover the white border with white out.

If this was a complete set, I'd probably box it and keep it even though not in great condition, but as it has been picked over, there is enough missing, my feel is to keep the Jays, and if I really want to work on the set, I'd rather start from scratch and good good quality cards.

I think because it isn't a rare set, or SN cards or anything like that, it's okay to be picky on condition, but are others like that too? What do you think?: Would you keep a partial set when the rest you get would probably standout as better qualify and make the "damaged" cards look worse when compared? 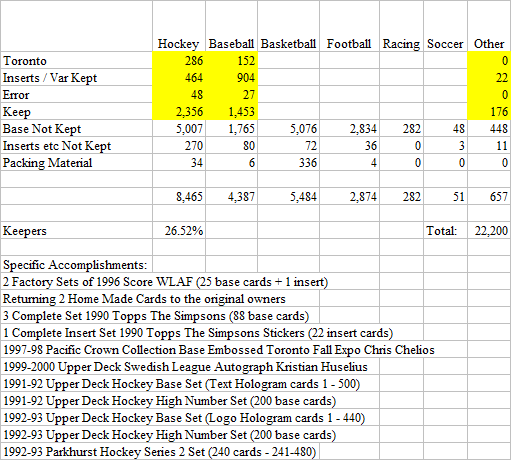