Learn As We Go

So, I almost missed this when I was scanning, but I guess it goes to show that parallels and their small differences that we see today, aren't anything new.

Here we have a trio of Leaf cards from 2000-2001 Pacific Paramount. I flipped one to show the back since there were two Antropov cards.
I didn't think much of them, until I started going through the rest of the cards from the set in the lot of cards today. 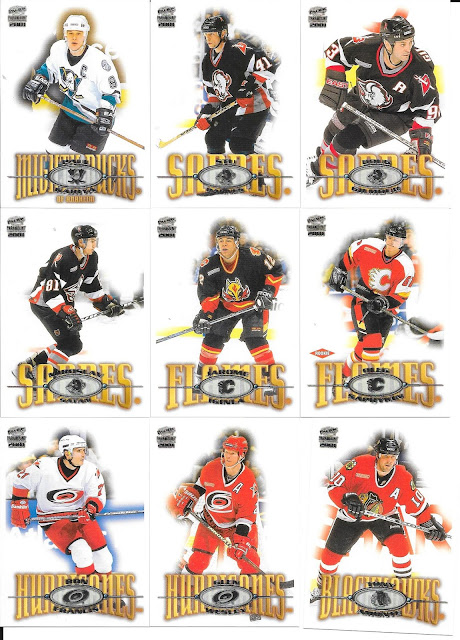 The name and the top left set logo are in  silver instead of gold. 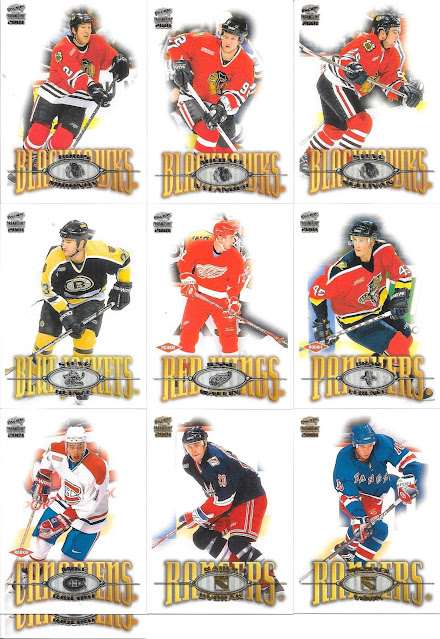 I didn't realize it until after I scanned them all, but apparently the gold parallel exists, and is as simple as that - the name and the logo are in gold foil instead of silver. There are apparently other colour parallels with similar differences, but these are the only two I have here. 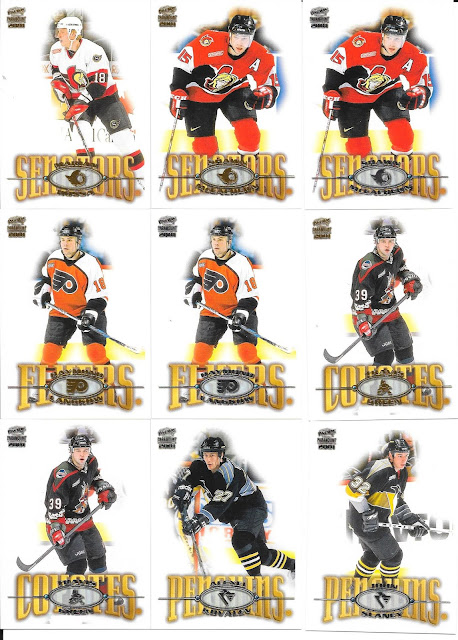 It does mean I get to keep a few more cards than I though with the gold parallels, so there is that benefit. Just glad I was able to notice before sticking them away. 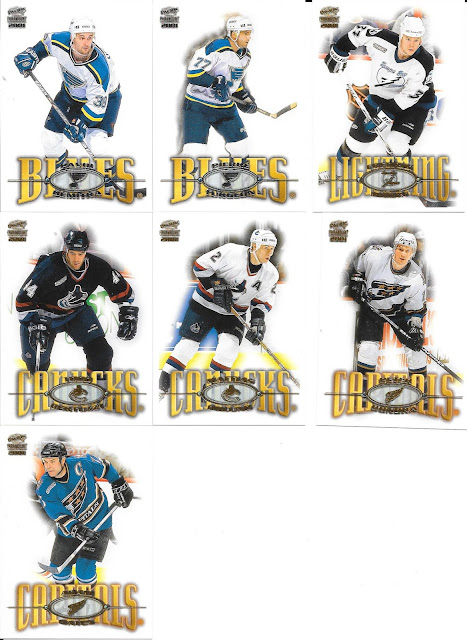 Have you ever made a goof like that because of the small differences in parallels - either trading away a wrong parallel version, or not realizing you had a parallel version for a long time? I am sure I am not the only one.
Oh - there was also some basketball...not for me, but here you go... 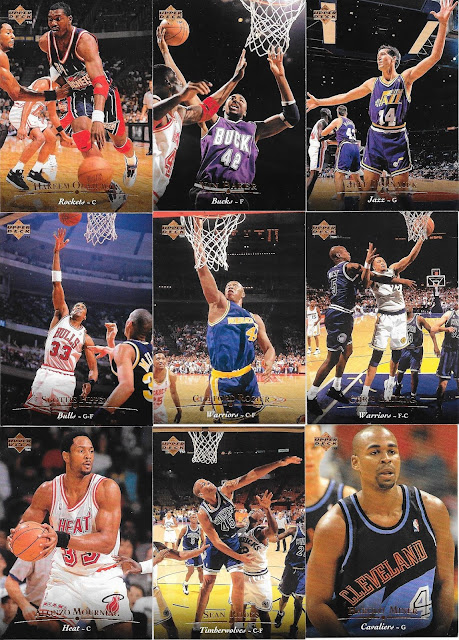 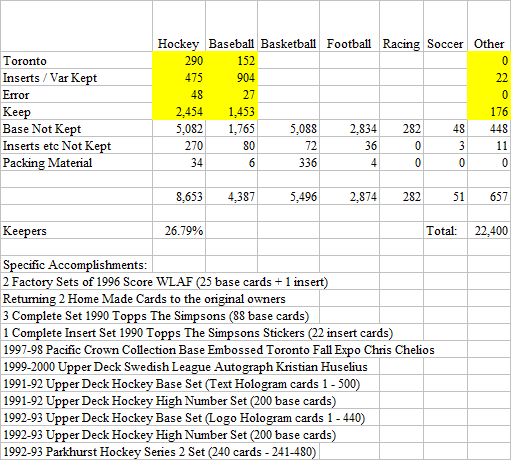