A Visit To The Dark Side

Black borders can be a pain for keeping great condition, but they can look really nice.

1993-94 Pinnacle and 1993-94 Pinnacle Canadian are both identical in overall design. The borders contrast to the while or light colour borders used in many sets, and they stand out accordingly.
Great trio of Leafs from the set, Zezel is probably my favourite of the three. 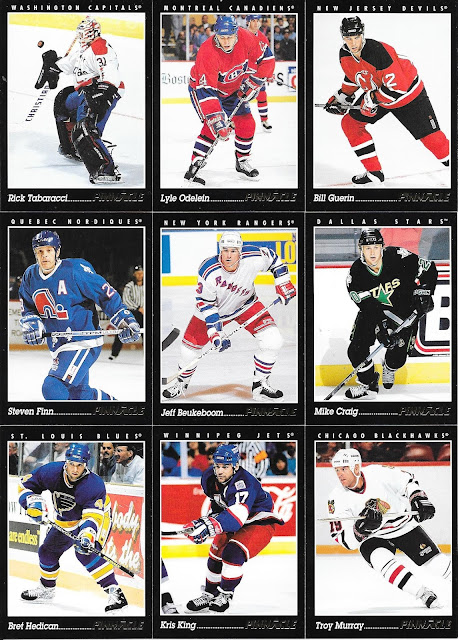 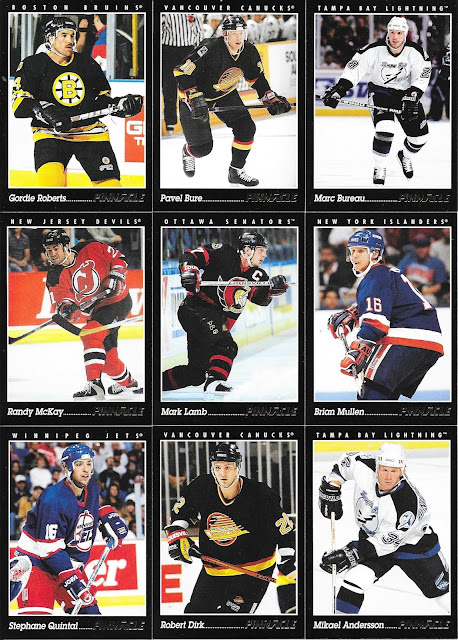 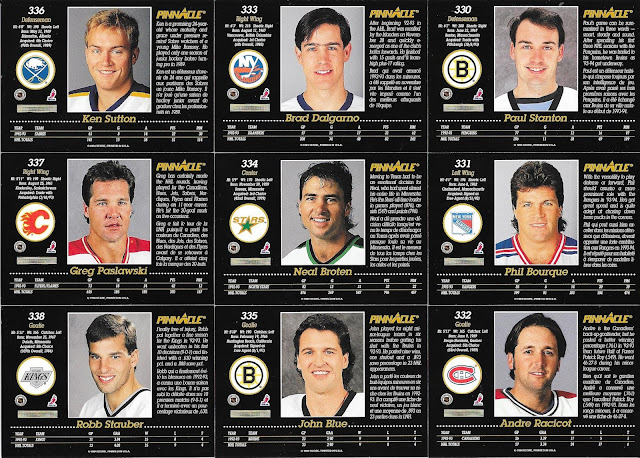 I mentioned the two sets, and of course the cards here are from the Canadian version. As is the case with a number of such double sets in the early 90s, the difference on a single card to tell, is the two language write up which includes one in French.
I really don't like the minimizing of the stats to essentially one line for last year, and a career total, but so you have it.
I probably would have reduced the logo and picture on the back to add in a couple more years at least. 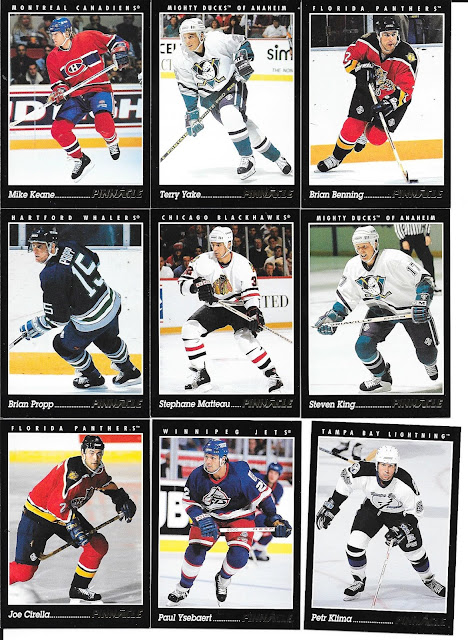 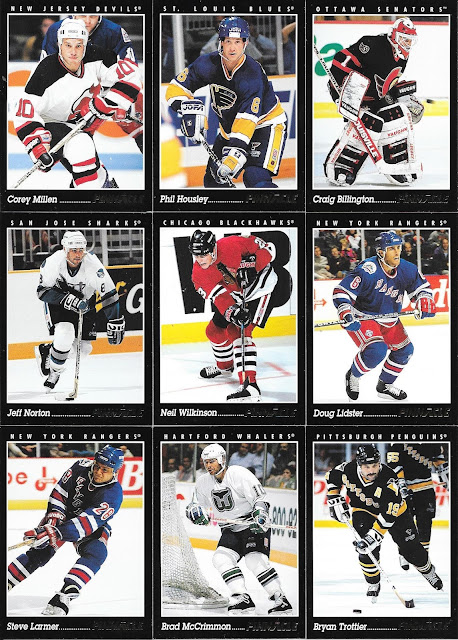 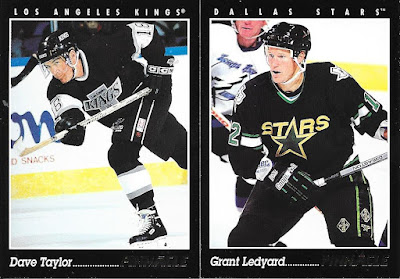 So - I don't have a lot of sports cards that have the dark borders like this, but I do of course collect Magic cards which almost all have black borders, so I know it doesn't take much to have marked up borders, and I am not a big enough fan of this set to go after it...let alone having to try and manage a decent enough make up given the borders. It's not like collecting a set from the 70s, I'd find it hard to keep marked up border cards on the set if I did start going after it.

I'll take my Leafs though. 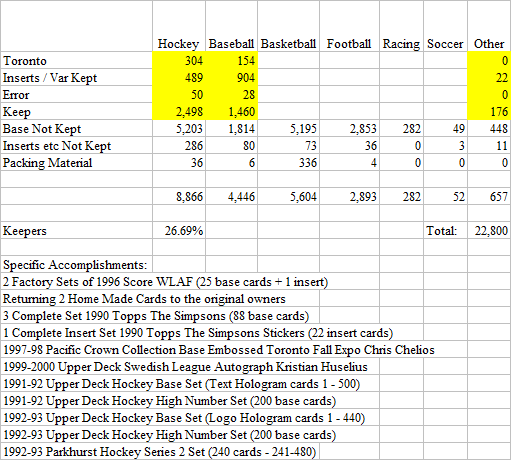