We move on from a Vintage throwback set, to a foiled out one that I am also collecting. 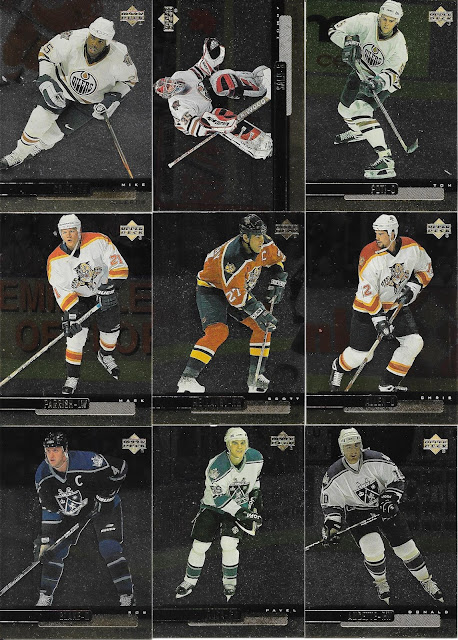 I'm not a huge fan of the set in so much as it being so alike to the flagship set from the same year, save the over the top front foiling in gold foil. 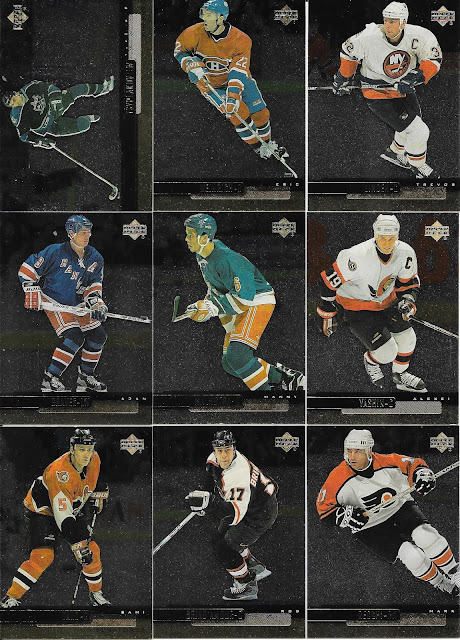 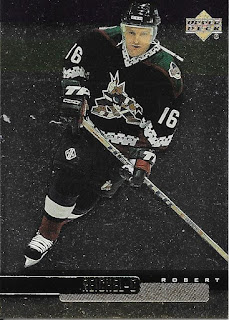 These put me up to about 114 cards down in the 350 card set - a solid start. The more I see of the cards. the more alike they look - I mean, with the foiling, any background and action to the shots are lost unfortunately. 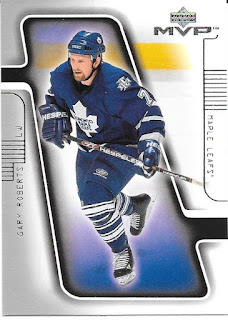 The other part of the cards today - 2001-02 Upper Deck MVP of which, I get one Leaf keeper and a couple shorter print prospect cards I may hang on to for now... 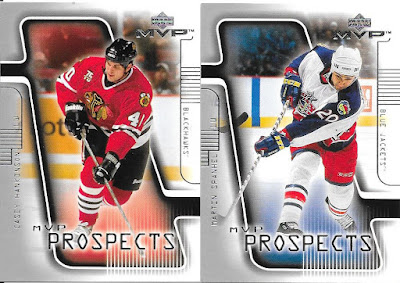 Along with one uncorrected error card.... 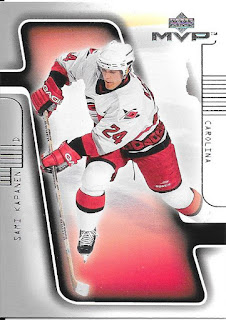 as well as a bunch of not so keeping cards which we can show the backs of... 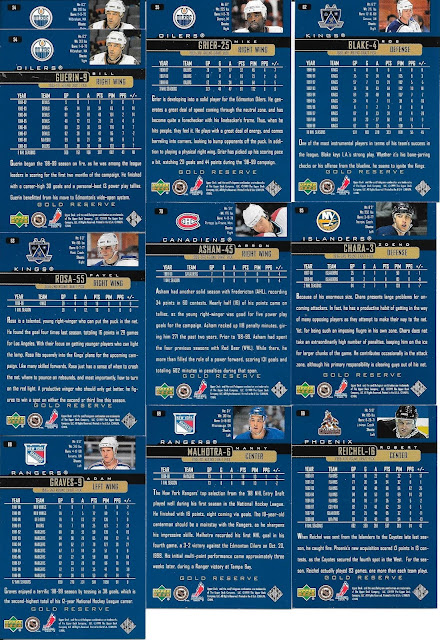 These backs are again, similar to the flagship base set except for the subtle wording of "GOLD RESERVE" near the bottom.
As for the MVP set backs... 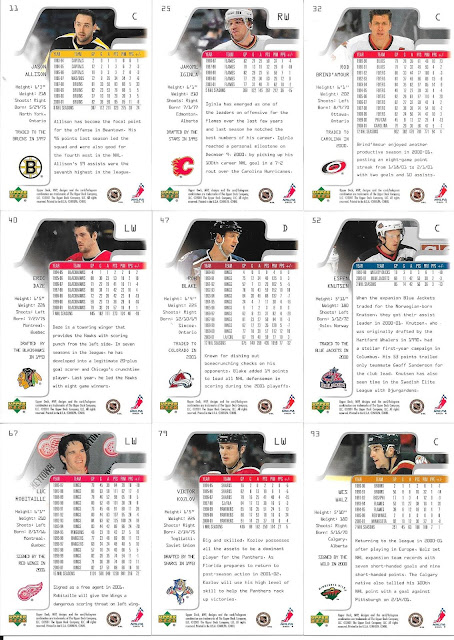 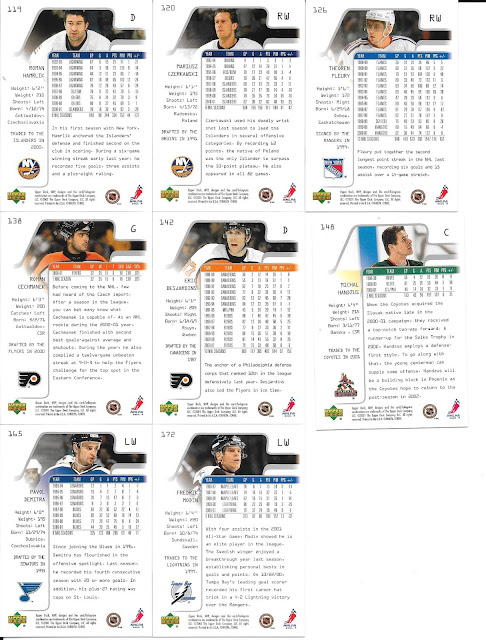 Honestly, I like these a lot. They are very clean, nice write up, solid showing of the stats, separate close up photo that is different that the front. Not sure what else I would want included on the back.
A very solid day all around from the pull from the lot. 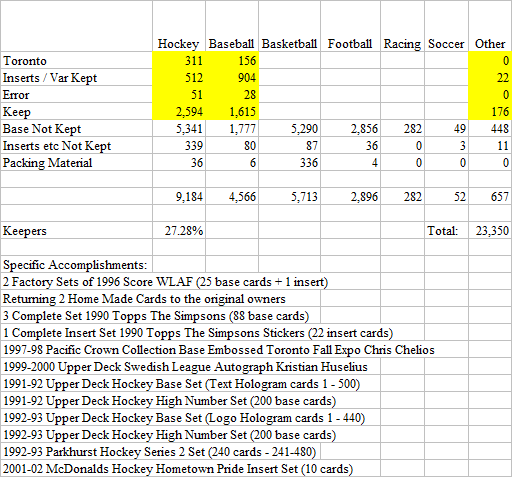 As promised, let's end today with the other part of the package sent along from Billy at Cardboard History... 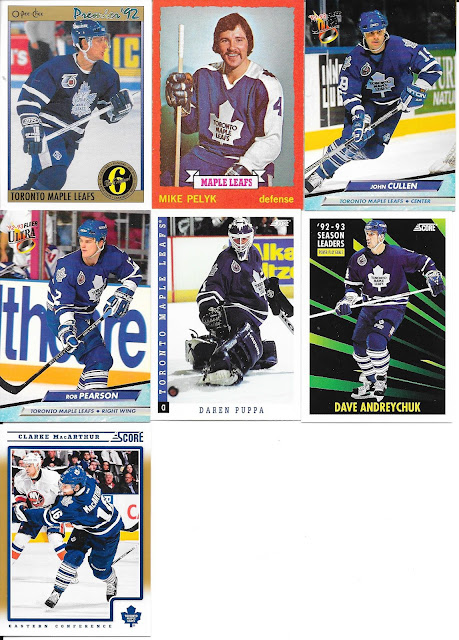 As it turns out, that 1991-92 O Pee Chee Premier Leaf card was the last I needed for my team set. I have the complete set, but was missing this one for the team set so great card there.
The Pelyk card is in amazing condition, especially for a 1973-74 Topps hockey card now almost 50 years later. 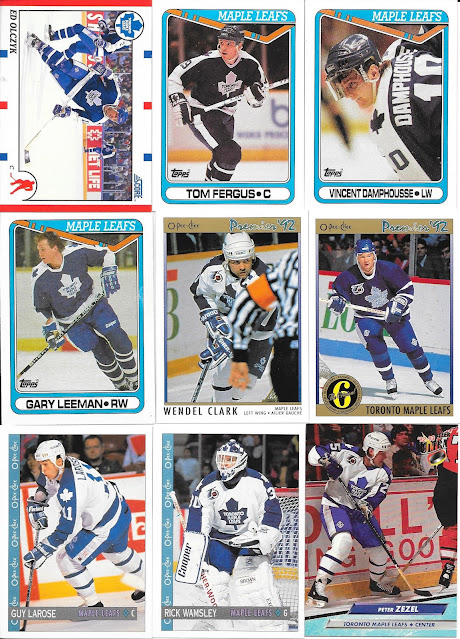 Billy sent along some familiar faces and cards which is cool and always appreciated. 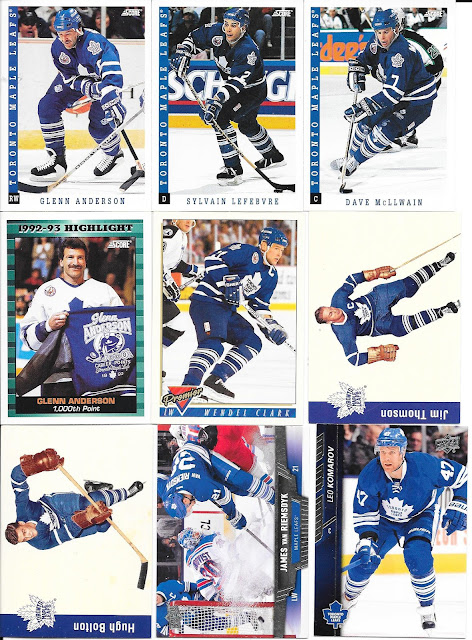 I really like that Missing Links Parkhurst reprint set from 1994, and have most of the Leaf cards, but do plan on doing a set build for it as I do have some of the cards already. 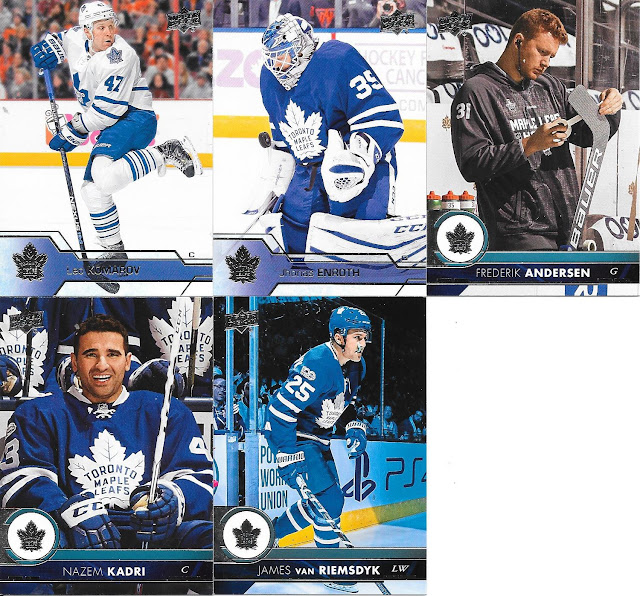 We jump ahead to more recent flagship Upper Deck sets, and Kadri with a great photo. Simple enough shot on the bench without helmet, but really a great shot.
Big thank you Billy for sending these along - much appreciated!
Posted by CrazieJoe at 8:00 AM