In speaking of dribbles today - not a reference to anything basketball, but instead to a dribble of cards that fit my collection. 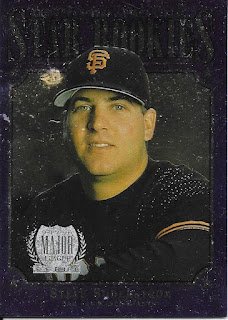 This 1997 Collector's Choice Star Rookie does not want to scan nicely with the dark foil here, but trust me when I say, it's the one base card need I get to add today. 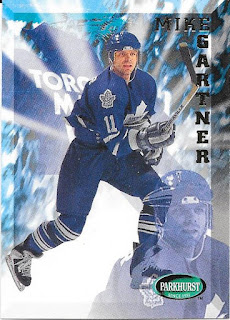 Speaking of single additions, a single addition to the Toronto binders today. I 'm not a fan of the 1995-96 Parkhurst International design, but am a fan of Gartner so we can call it a wash. 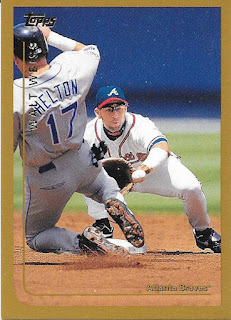 Another single addition when we talk about inserts/parallels etc as we have a Pre-Production card from 1999 Topps. Always like these cards which may be a little more difficult to find.
As for the rest of the cards, a little collateral damage... 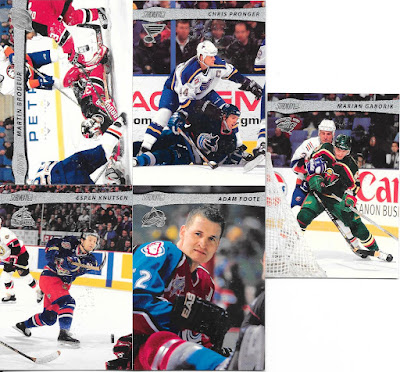 These 2001-02 Stadium Club cards were a little stuck together and didn't fair so well when coming apart. Overall, I can't complain to much as such issues have been minimal in this lot, so a little packing material here I guess.
The rest, which did alright in surviving... 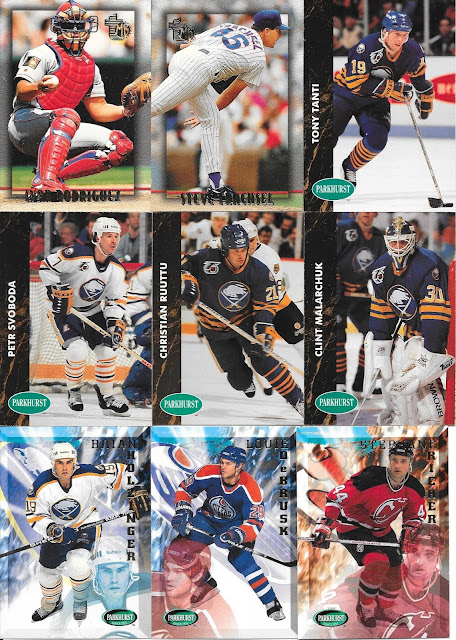 Given the Leaf card, no surprise it was part of a little run of Parkhurst International cards. 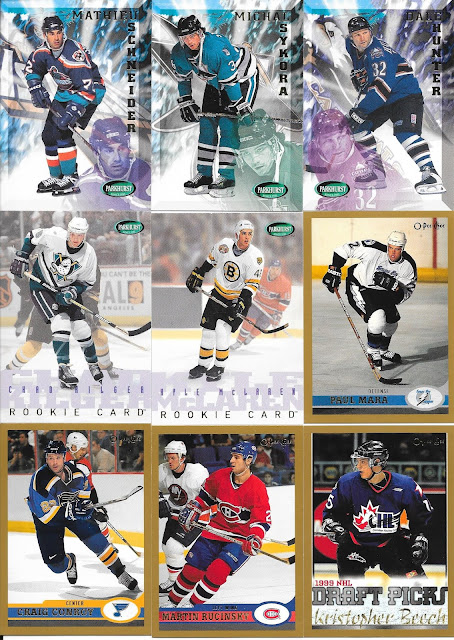 Unrelated, but gold bordered cards continue as well with some 1999-2000 O Pee Chee. 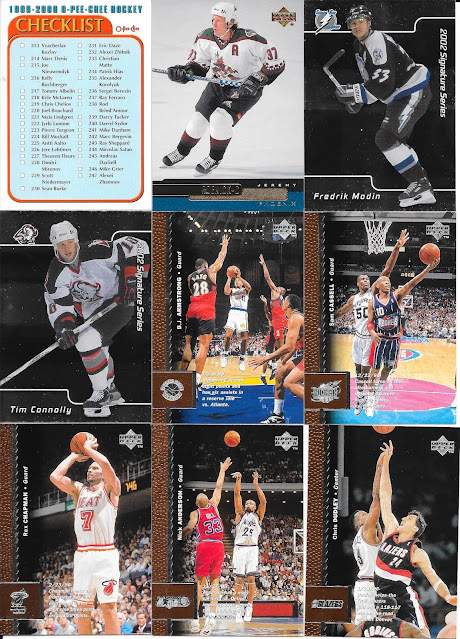 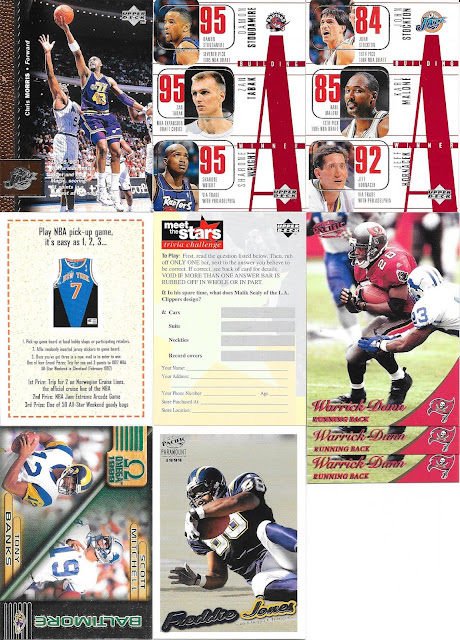 The trio of Warrick Dunn cards are kind of cool though as they are all "Sample" cards based on the back (would have been good if I scanned a back as well since I had three copies, but hind sight is 20/20). 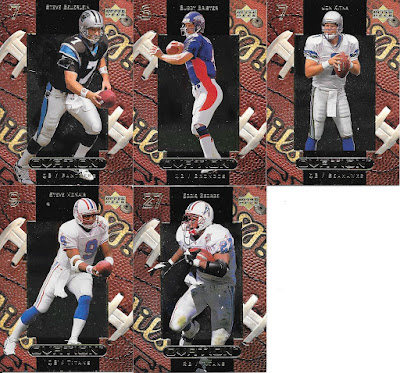 Then we end with a handful of Ovation football cards which are nicely textured to feel a little like a football to go with the design. Different and unique which is always noticeable.
So a slow pull overall, but also looking ahead - there's about 1,500 cards or so to go if I was to guess ion the lot, so we may well end up very close to 25k all in on this lot which is a solid outcome I'd say, especially given the price.
Hard to find lots like this these days given the continued craze on cards. 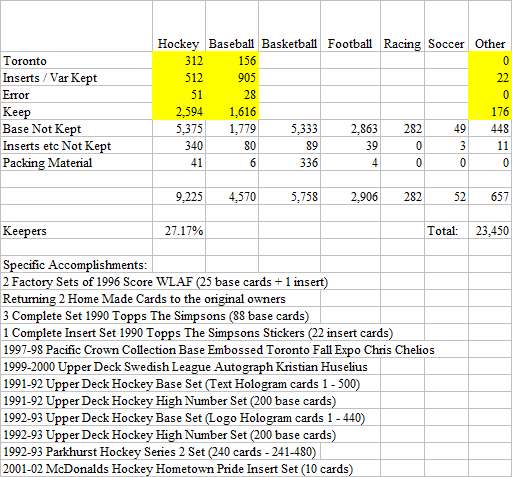