Well, it's a Saturday in the middle of winter and frankly, with the cards today - I am not going to have a lot to say about, so will share and hope you are able to have a good weekend. It will probably be one of the last few I will not be working for a few months as we are getting close to busy season again this year. Time has flown. 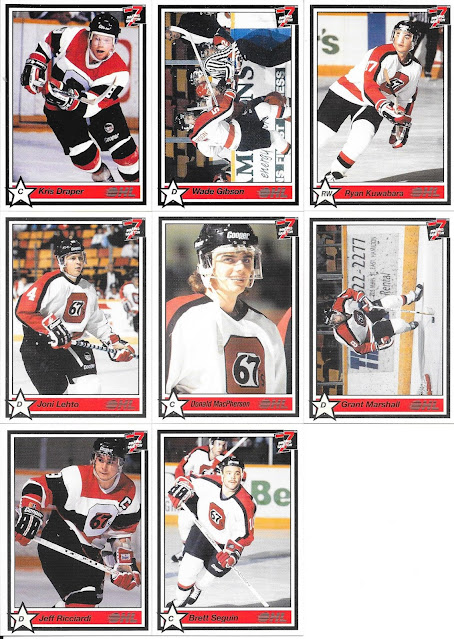 I think enough has been said about 7th Inning Sketch....it can just go.... 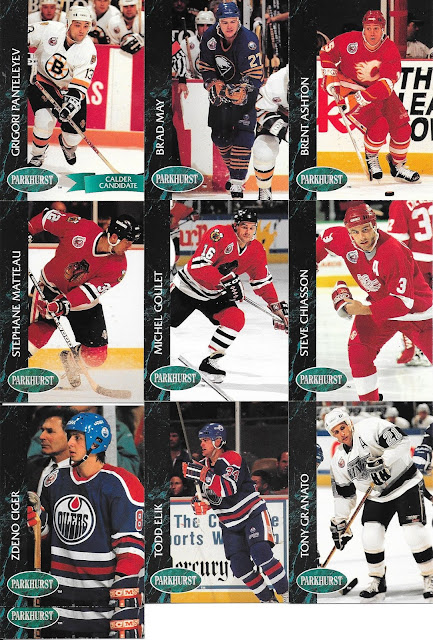 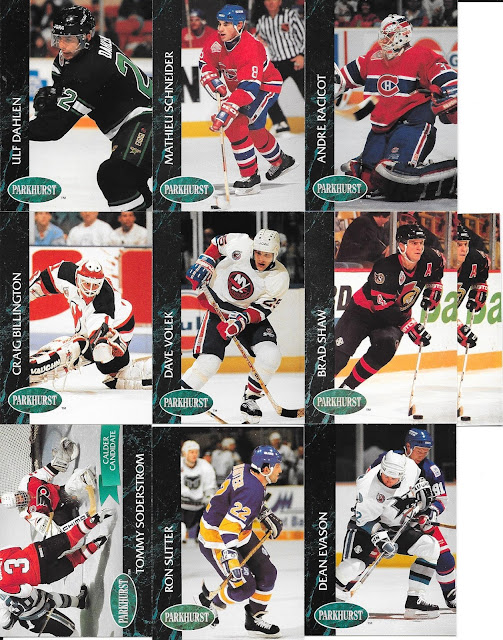 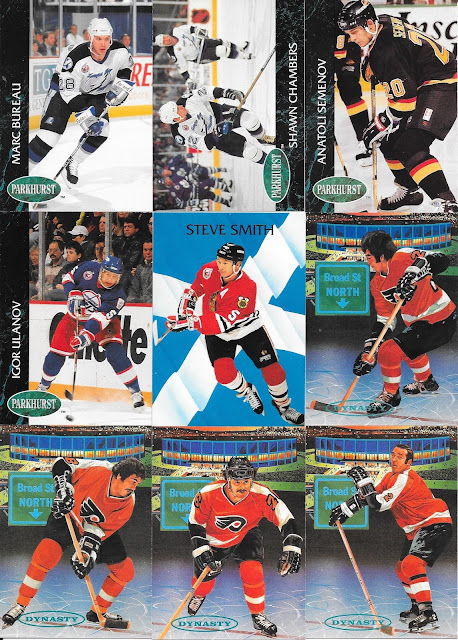 All the Parkhurst cards are from the same second series of 1992-93, so don't have anything I need since there are no Leafs. 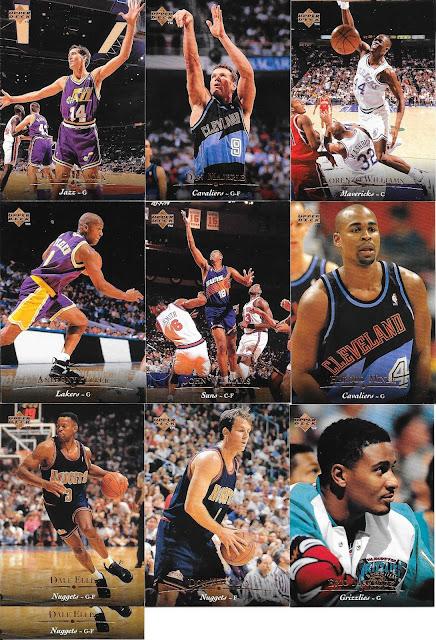 We end with some more 1995-96 Upper Deck basketball....yeah, that can go too. I'll have to check if there are any "new" cards when I file them away, but I suspect not. 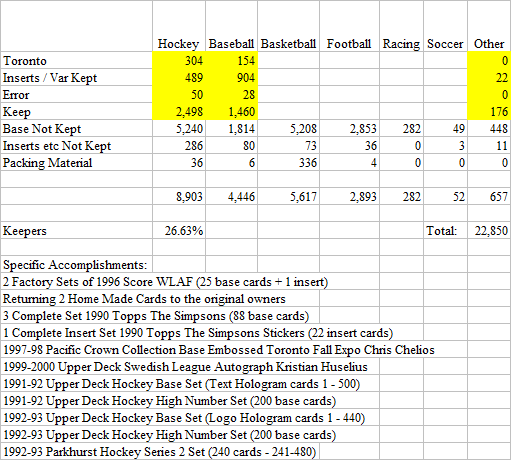 I was lucky to get a PWE in the mail from a trade with TCDB member rbelanger13 who sent...well...these... 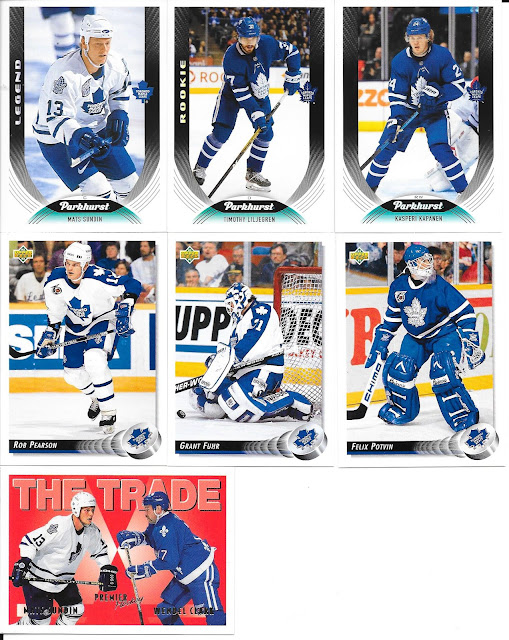 Trades are still the best way to pick up cards from the last couple years, so happy to get some more new to me Leafs here, including Sundin.
The 1992-93 Upper Deck cards are variations on the holograms on the back which I didn't have, so new to my collection too, as is the O Pee Chee "The Trade" card. 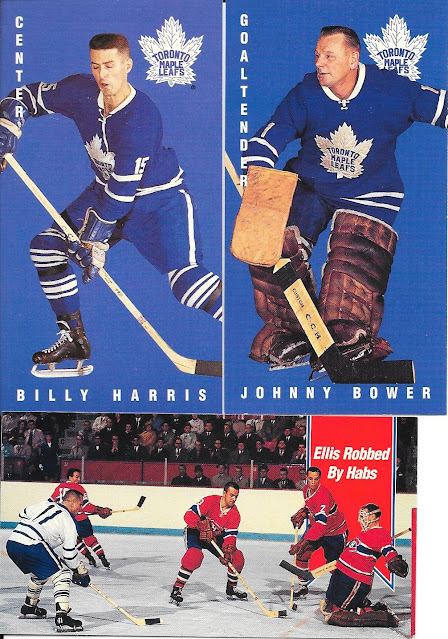 We end with three Tall Boy Parkies. Cards I am not quick to go after because of the larger size, but happy to get if offered, so here they are.
Fabulous trade as are most all trades I am able to make through TCDB. If I ever get caught up on going through the cards I have for opening still, I'll really get moving on initiating trades with others there.
Posted by CrazieJoe at 8:00 AM