Wow - another day with not a single card for me to keep. When I first pulled these, figured there would be something to keep, but no such luck. What did I pull? 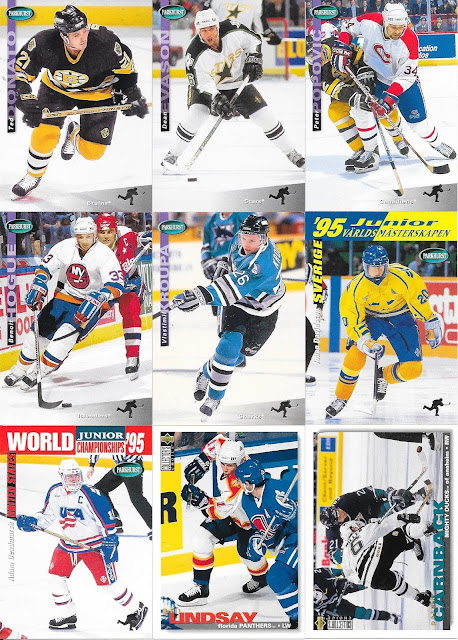 1994-95 Parkhurst is a set I have seen, and have a number of Leafs from, but one of those sets I just never saw enough of, and didn't have enough interest in to want to work on.
Collector's Choice from 1995-96 suffers a similar fate. Also in part because this was the timeframe when I started to step away from sports card collecting. 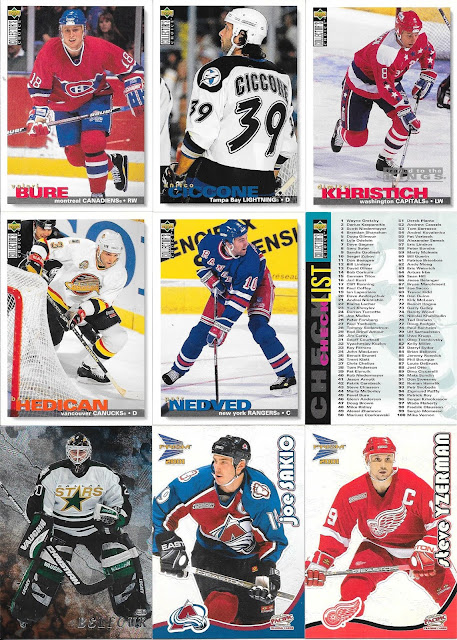 2000-01 McDonalds cards of Sakic and Yzerman, thought I would need one or the other, but already had them! 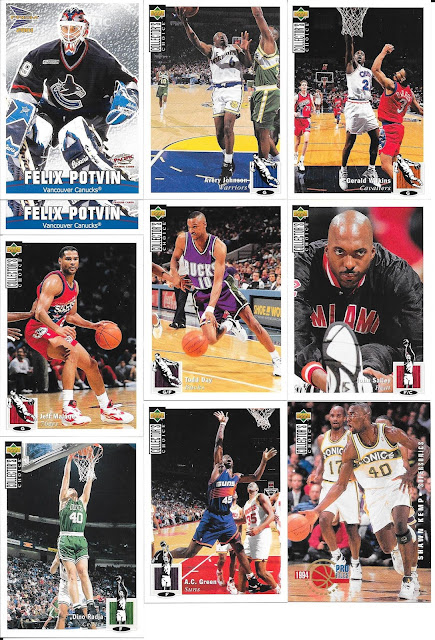 Once we hit the basketball, I know I'm done for having any personal collection interest. 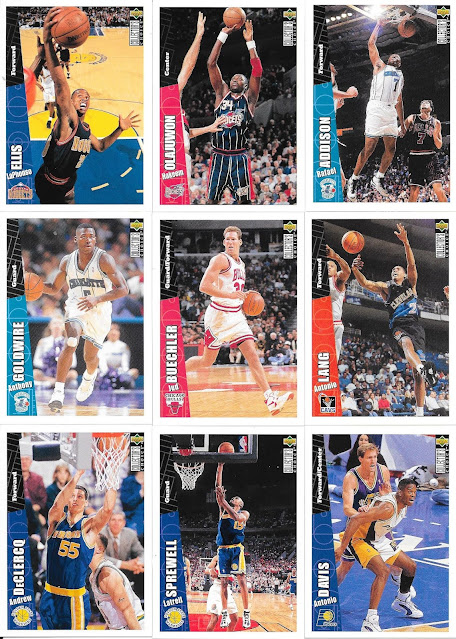 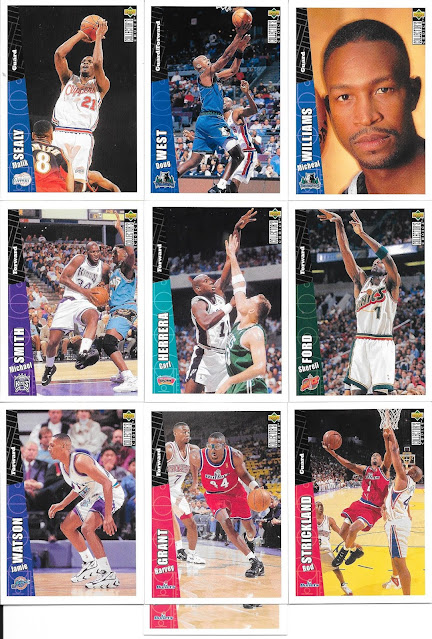 We do end with an interesting card. Here, you have the "base card" onto which you can peel and stick the "Stick-'Um" for the same player. This one does happen to be Zan Tabak for the Raptors.

An interesting idea, but not sure I'd want to actually put a sticker on a card...seems sacriligious. 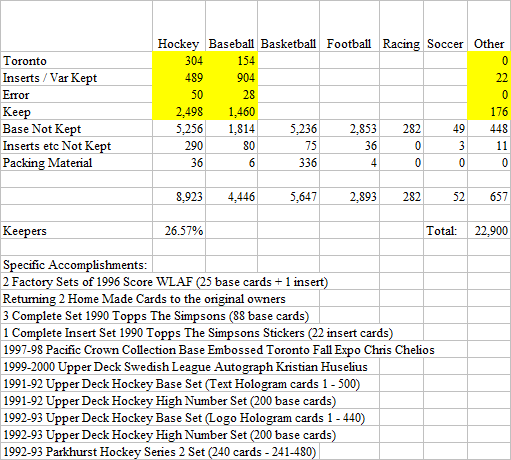 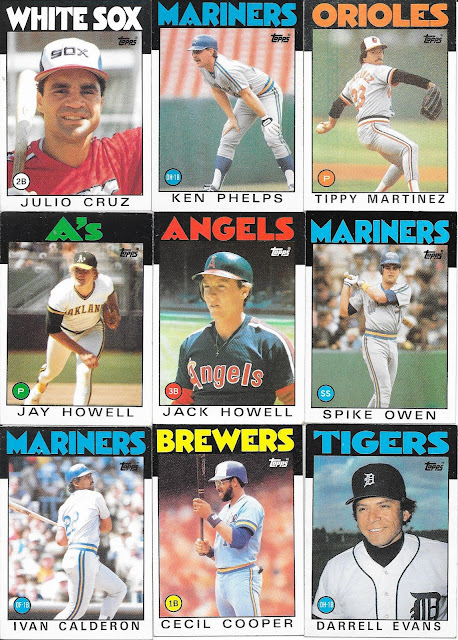 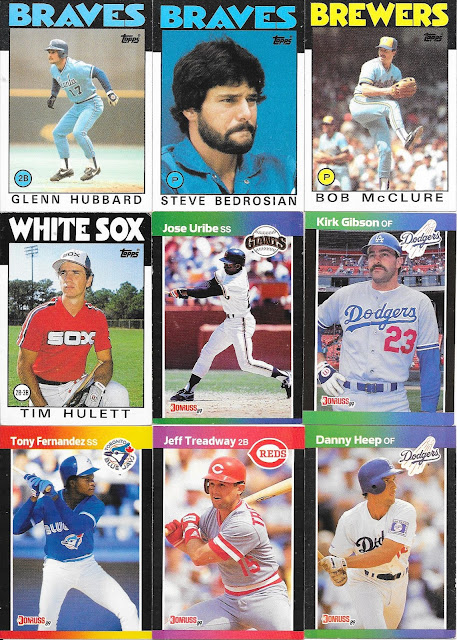 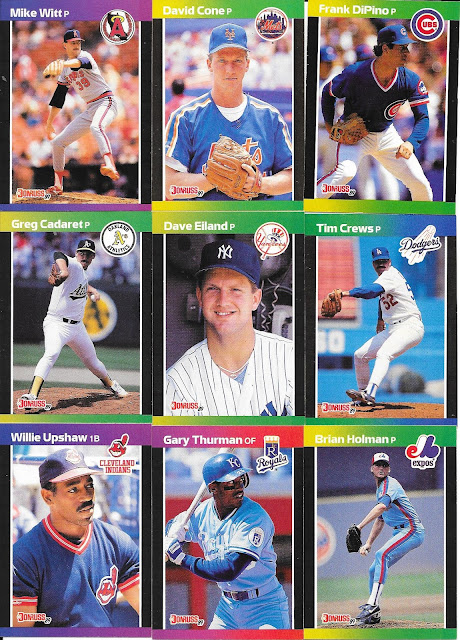 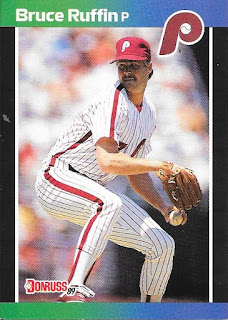 Yes, still working on the 1986 Topps set, and with all the variations on the Donruss set from 1989 for stars and dots, I am still missing a few cards for getting a single complete set, so working on helping that here.
Posted by CrazieJoe at 8:00 AM