Biting On Another Set

Given the set is 400 cards in total and it looks like I will get a good part of half (it was 2 series to make the 400 cards), I'm going to add this one to the slow build list. 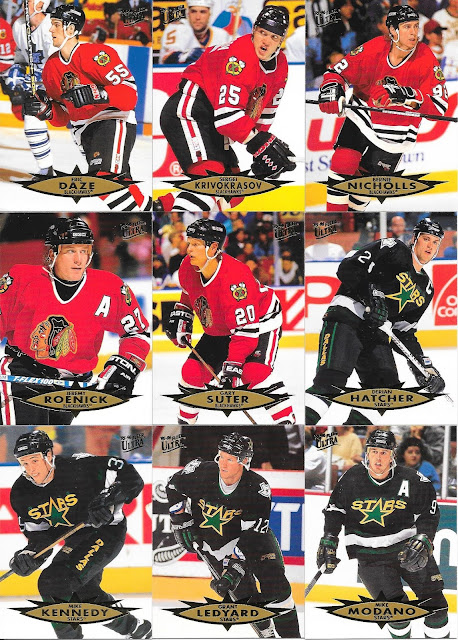 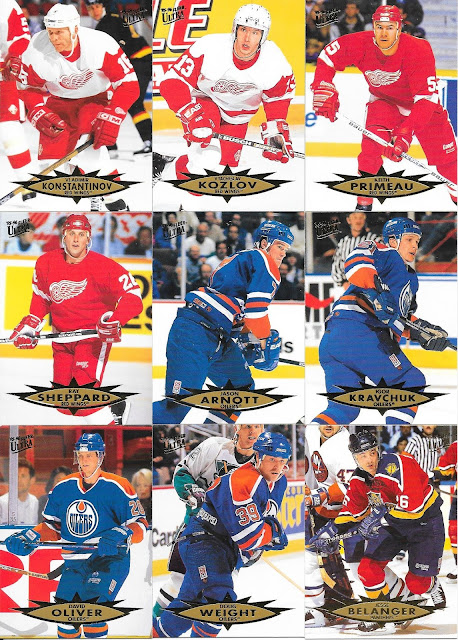 At least the foiling on the front is done in such a way that the name is very clear in scan, and mostly clear in hand (the scan is better actually). 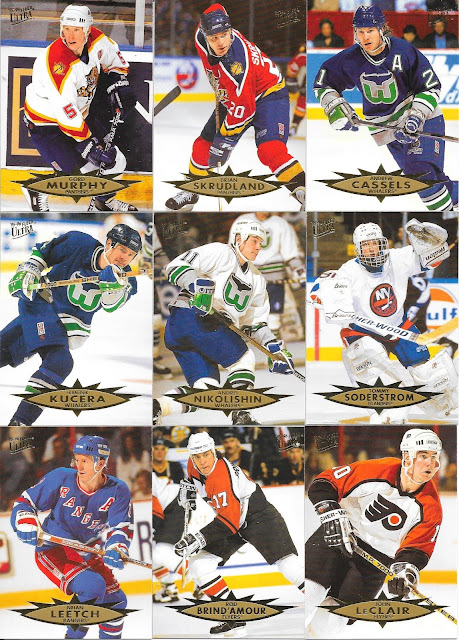 As per usual for the lot, some big names like Gretzky and Lindros seem to be missing as well as more goalies than not - but still, a plenty of stars still here. 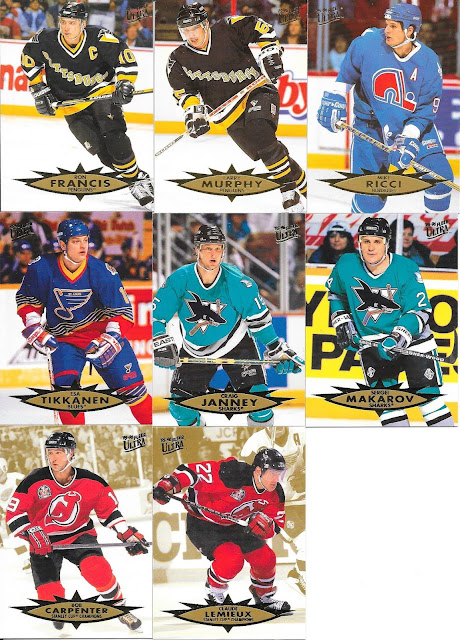 An interesting subset of Devils related to the Stanley Cup as a celebratory subset I guess, gold background on the cards and all - thought at first they may have been the gold medallion version, but nope, just a subset.
A few dupes, so let's look at the backs... 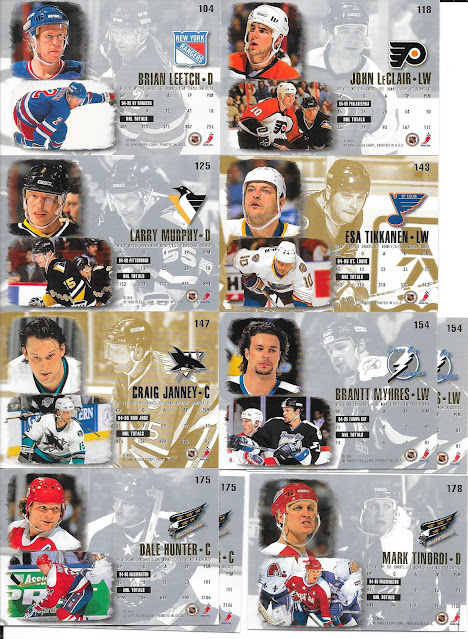 Again, in not knowing the set, I thought the gold or silver may have been a different parallel set or something of the like, but nope - just an interesting difference in backs through the base set. I haven't nailed it down yet, but may be either team or card number related...will have to take a look when I am putting them away. 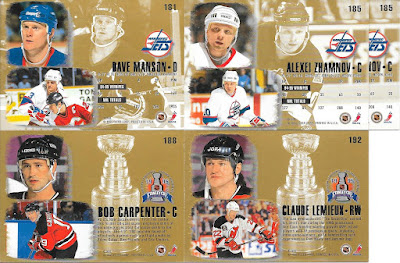 At a glance, some more of the set tomorrow! 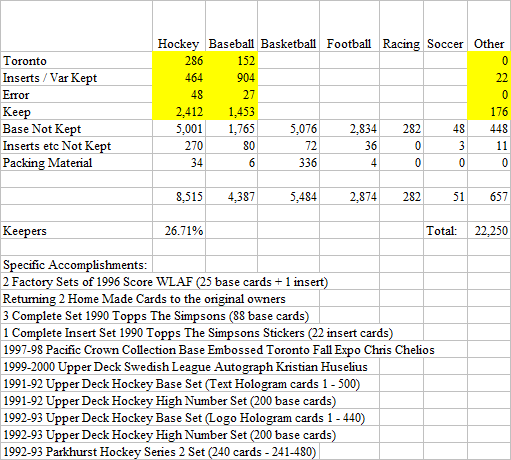