When getting a look at hockey cards and thinking of "The Great One", the only one that can come to mind is Gretzky, and the 1999-00 Upper Deck set with his name, is where we begin. 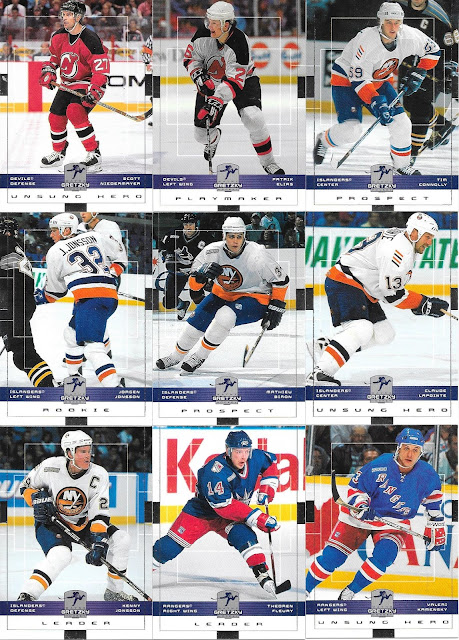 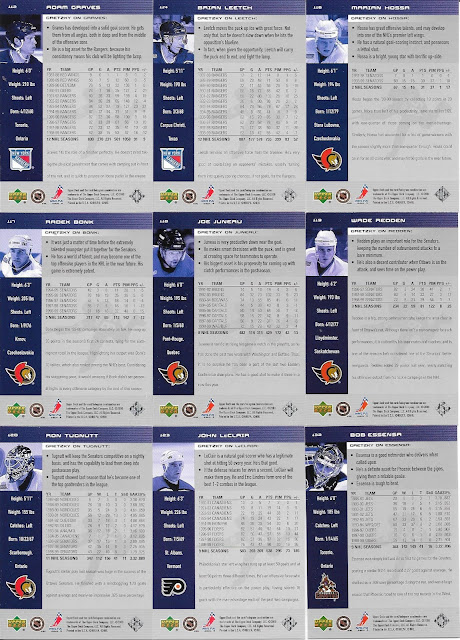 As I start collecting this set, this is a good added bunch - over 50 of the small 180 card set. As you can see from the backs, it is the insights from Wayne that make this set "his".
I like the clean look of the backs, full stats, nice colour contrast. 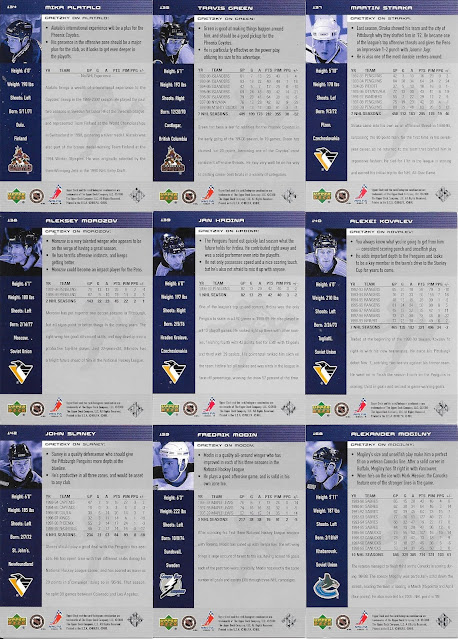 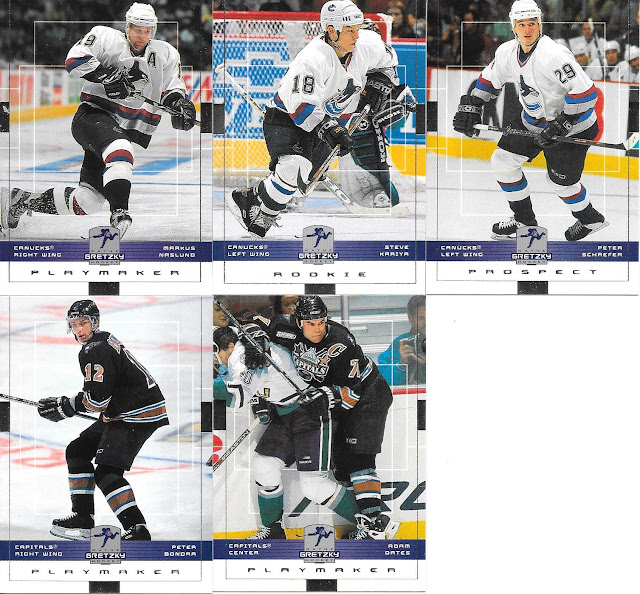 I am hoping the size of the set, Wayne had some say even on what players were put in the set - that would be pretty cool.
Luckily, also some Leaf additions from the set too, and from another great one... 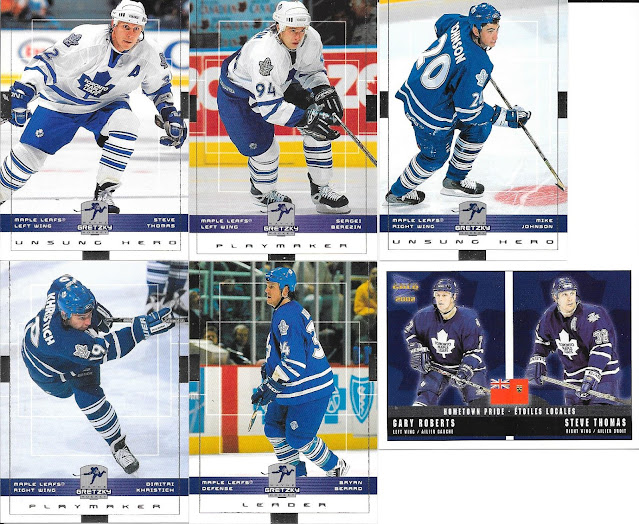 A double helping of Steve Thomas, and a great McDonalds insert card to go with the Gretzky set cards.
The Hometown Pride McDonald's insert set from 2001-02 is all of 10 cards, and I have 9 in the bag. I'm hoping it is as simple as finishing getting through the lot to pull the last.

These are the other couple keepers today that get me to that 9.
I also get an extra copy of... 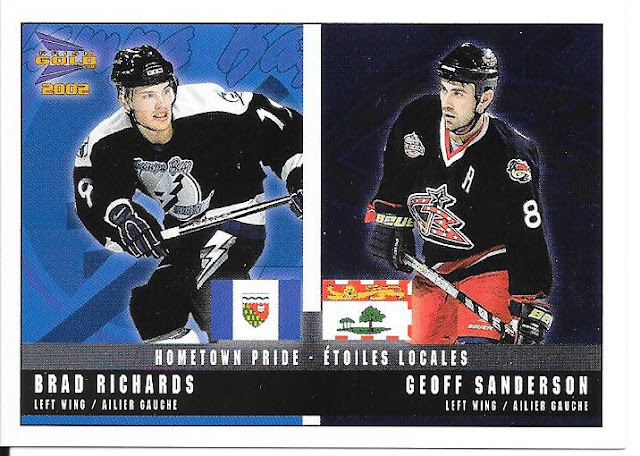 Which is an uncorrected error card as the flags should be swapped between the two players as Geoff Sanderson should have the Northwest Territories flag as one of probably only a few players in the NHL to have been raised there.
Cool dupes today too... 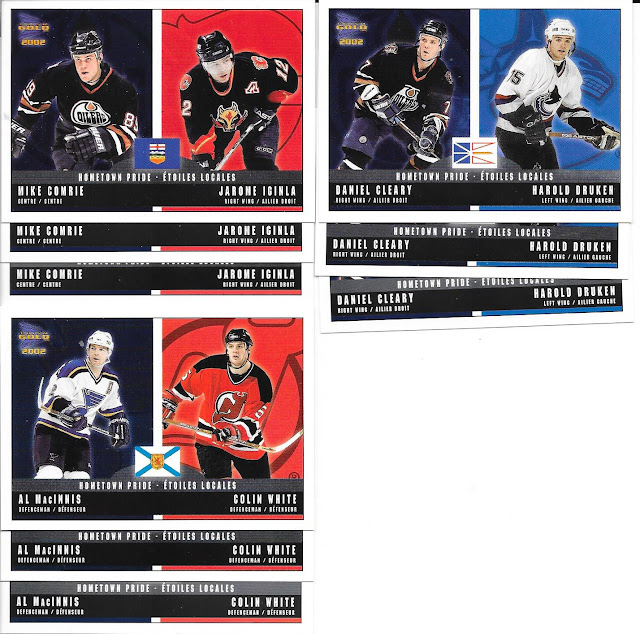 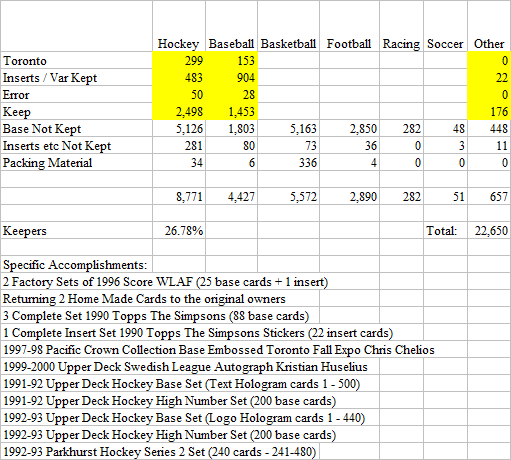