A Quarter Or More

This is why I figure it was worth starting to collect this set, I mean, if it's going to throw itself at you, why not? 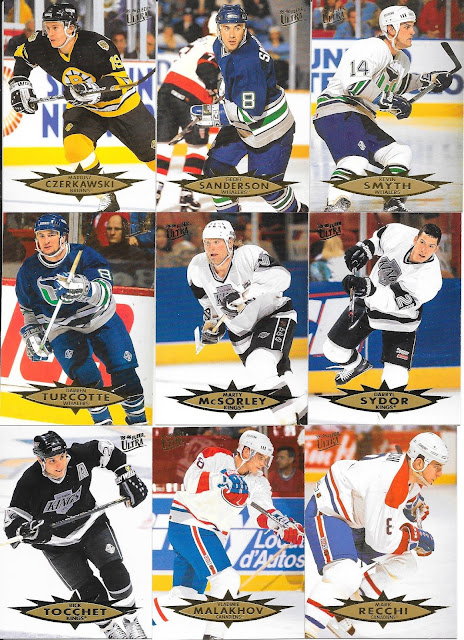 With all these additions, we bump over the 25% mark, and though I don't at a glance see more coming up right now, doesn't mean there isn't more to go in the lot. 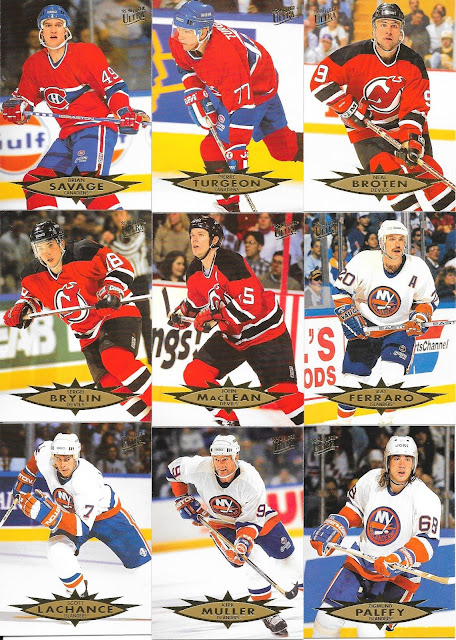 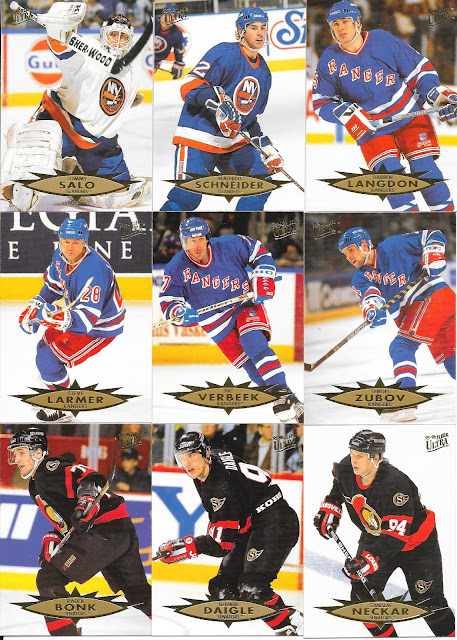 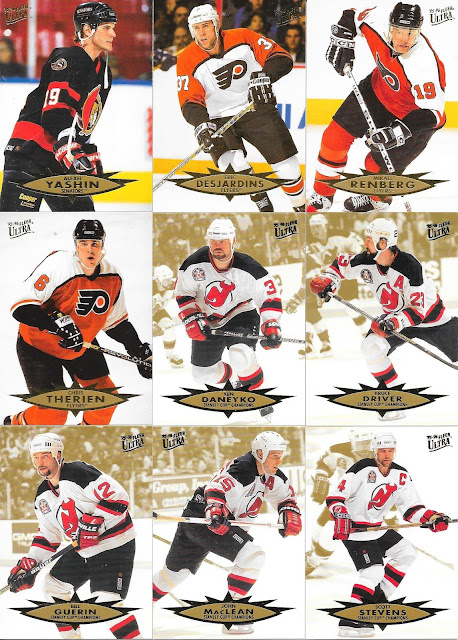 More of the Stanley Cup subset Devils, which again, look very much like gold medallion like parallels. 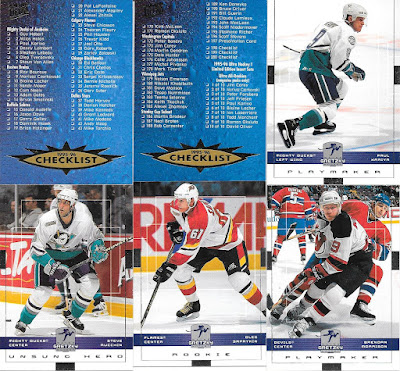 A couple checklist cards too which are part of the set, and then we have some other keepers from the Wayne Gretzki names set from a few years later. 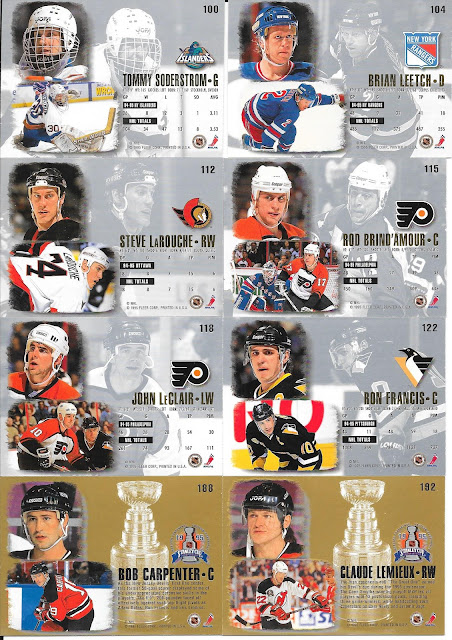 The dupes which continue to show me a bit of confusion on the colouring of the backs, so I scanned over the set at TCDB to figure it out. It is definitely team based, though not sure how they decided which teams go which colour.
The cards also all seem to be series 1 as it was a 2 series release, so maybe I'll just end up with one of the two halves near completion - time will tell. 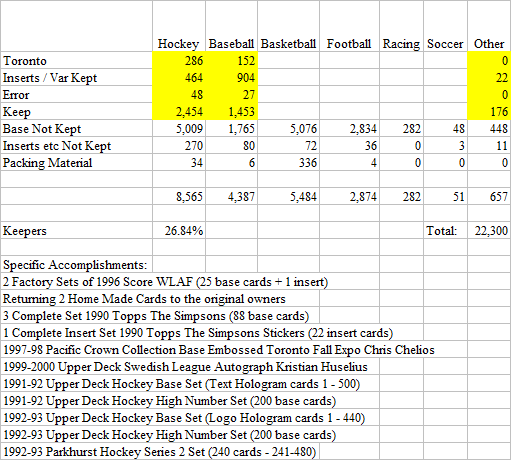