A Half And Half

Today we have cards evenly split between baseball (yay) and basketball (less of a yay). What they have all in common - I ain't keepin' any of them.... 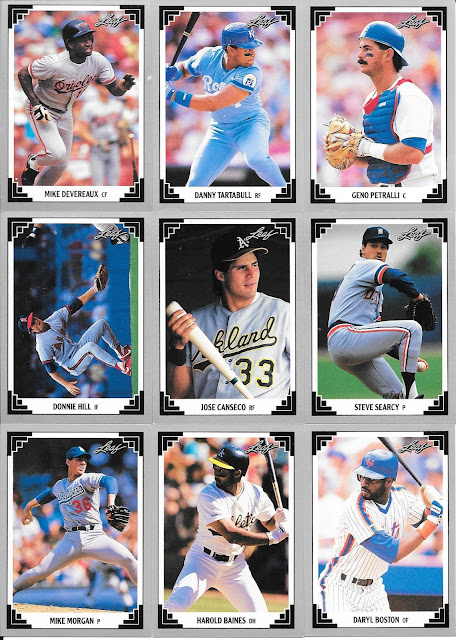 You aren't going to be able to retire on selling these base cards. At the time though, these were a nice offering, there was the puzzle cards to put together and the Gold Leaf insert cards to "chase".
Remember when there was only a couple different insert or chase cards to look for in a set? Now you get a couple per pack - just supports the whole issue of, making everything special means nothing is special anymore. 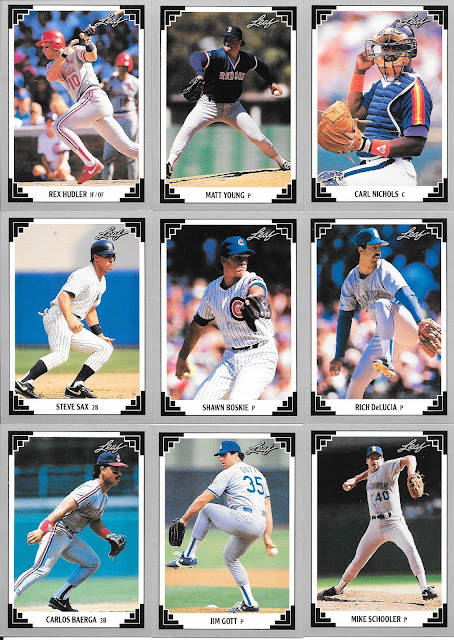 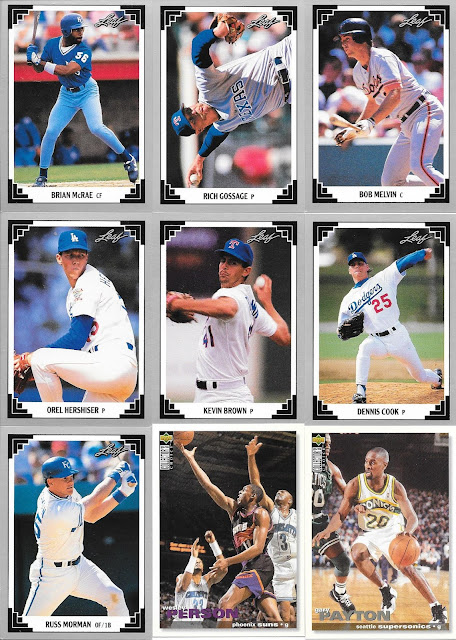 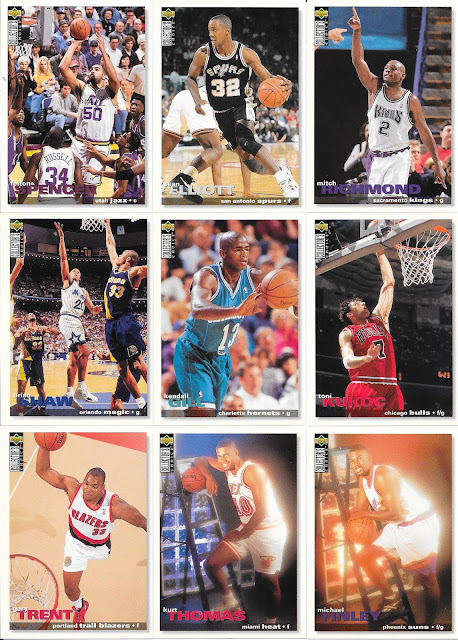 Still not sure why they left the shower running to fog up those rookie photo shoots.... 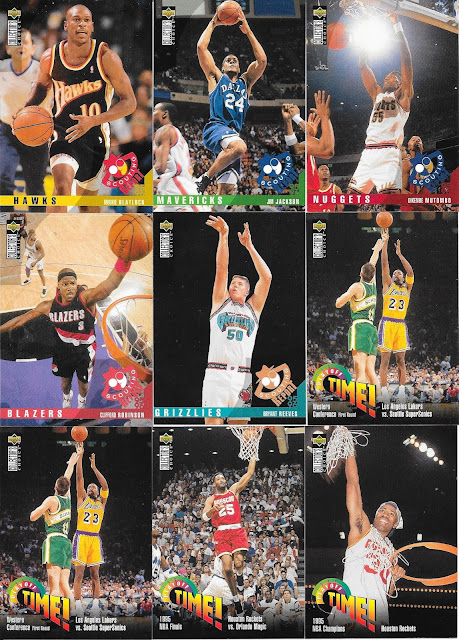 Some decent enough subsets, and we get Big Country who was generally a big bust for Vancouver. 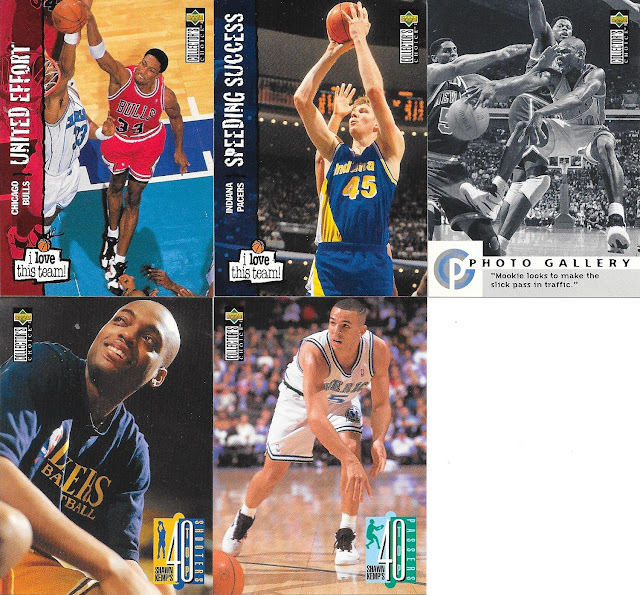 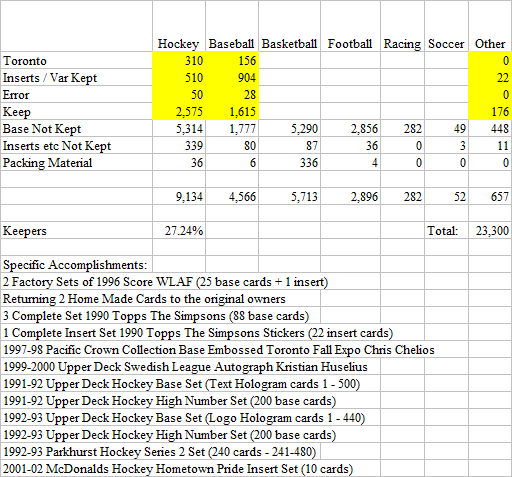 We get to end today with part of a package I got from our friendly neighbourhood blogging friend Billy from over at Cardboard History. I had been saving some cards a while ago and sent them over, not expecting anything in return, but got a nice little package and will share some today, and some maybe tomorrow. 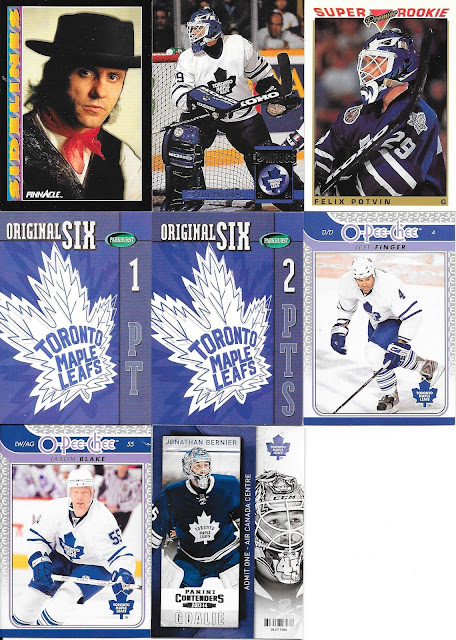 Hoe can you not love the uniqueness of that Gilmour card? Seeing it, I can think of a few cards now that I have with Douggie in non-uniform garb. Definitely makes for a different card.
As do the Original 6 set points cards from Parkhurst.
Still not a big fan of the Contenders cards, but will still collect the Leafs! 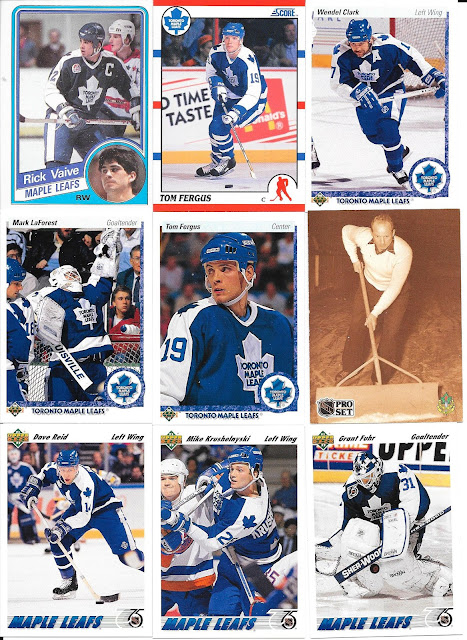 There nie and the ones below are not new to my collection, but many, I do need dupes for anyway for set completion purposes, and even past that - still keeping all Leafs, so happy to pad copies on with cards I already have. 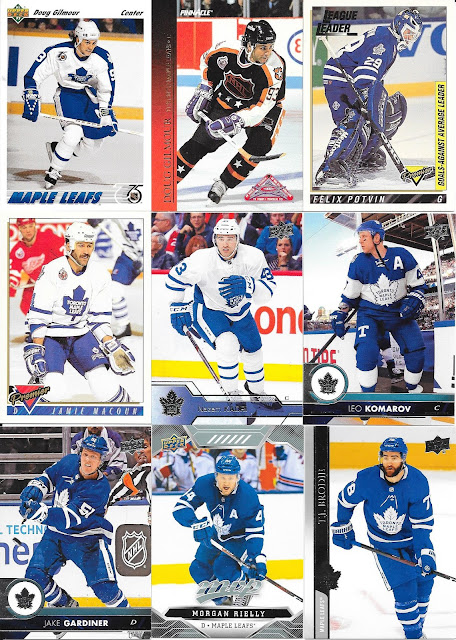 A nice smattering of newer Leaf cards too. My Leaf Kadri signed jersey is still sad he left Toronto..
Thrilled with these cards, thank you Billy, and the rest, I'll share tomorrow.
Posted by CrazieJoe at 8:00 AM