No - not talking about Ric or Charlotte, but instead, 1994 Flair baseball. 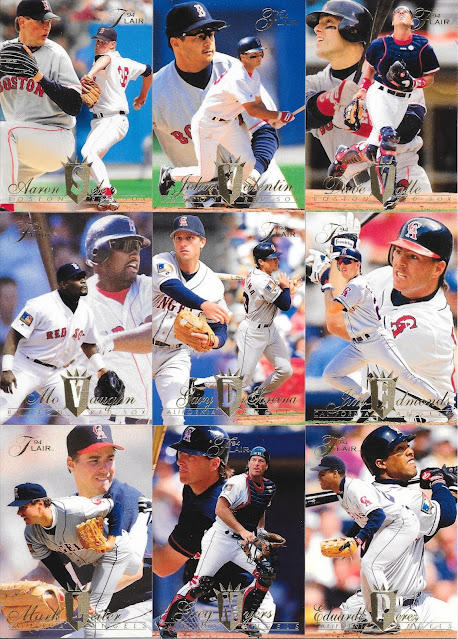 With the bunch today, I am giving in and adding the set to my "collecting" list. I mean, the cards are so beautiful, and the thick cardstock, and glossy, and about the only issue I have with the front is the foil and script name being harder to read than it needs to be. 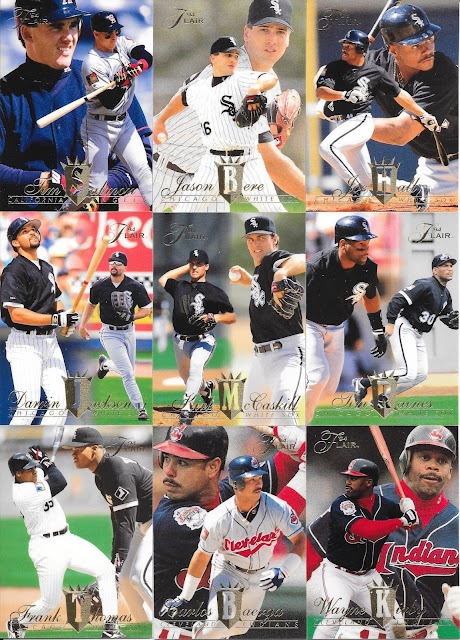 The double photo front can be a problem sometimes, and doesn't always work well, but for these cards, they almost always work pperfectly. 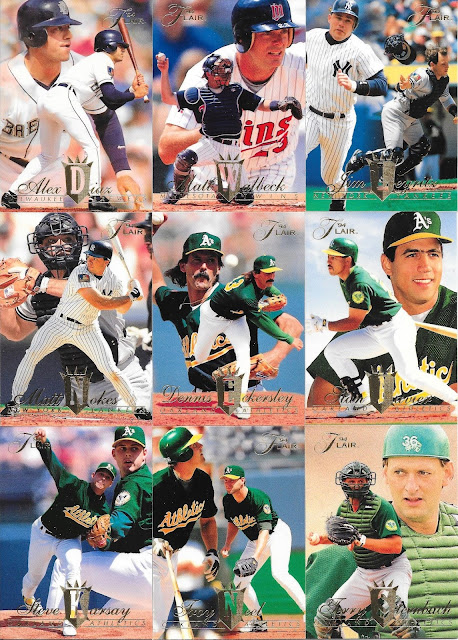 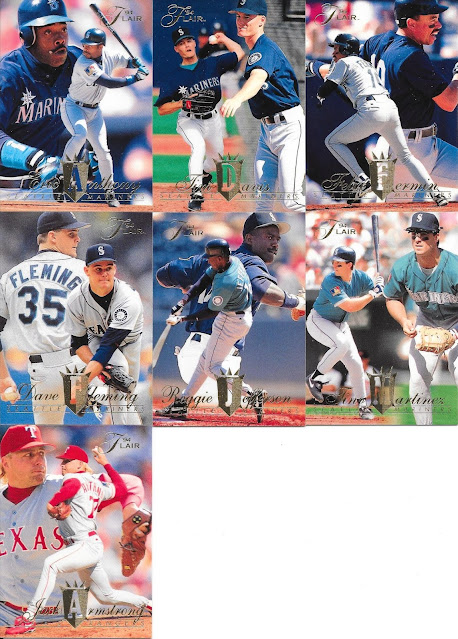 As there were a few dupes, let's flip those and take a look at the backs... 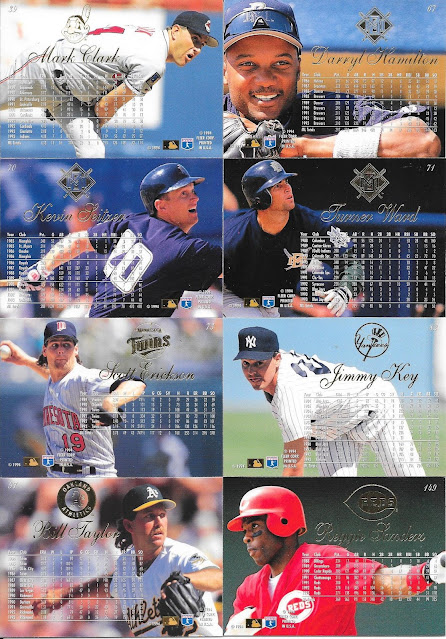 No write ups on the back, but full stats, done so as to minimally interfere with the photo, and a team logo placed well enough out of the way also.
I don't know - just all comes together well for my liking, so, let's keep at them!
Oj...the rest of the cards from the lot today, just some basketball... 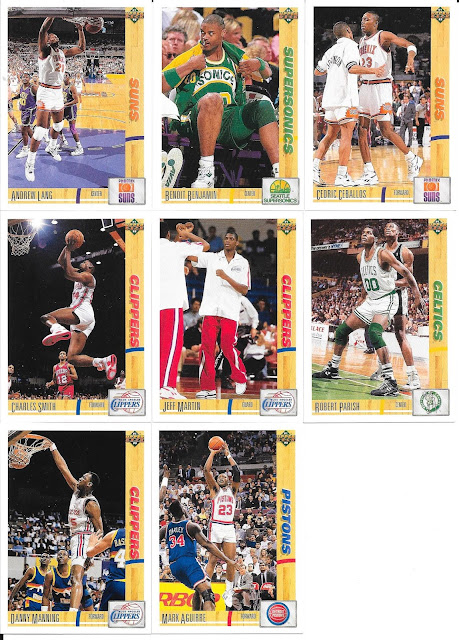 A solid bunch overall though, so I'll take it! 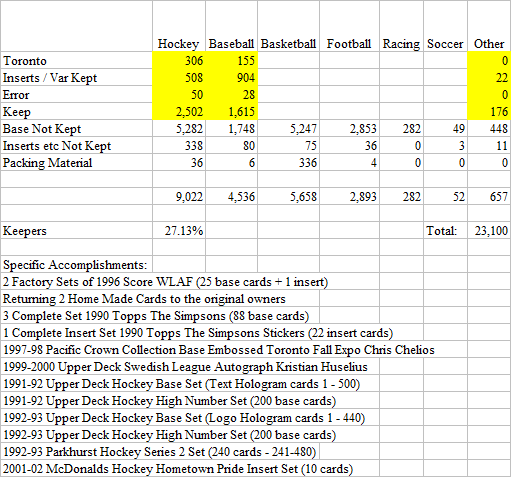 Updated for pulling the prior Flair cards into keepers, and with about 20% of the set done now.
Posted by CrazieJoe at 8:00 AM