So - this year going to be better than the last? I don't know, but I am done with guessing, I mean, the last two years are enough for me to know, I can't even fathom what the year will actually bring on January 1.

I am not going to set goals collecting wise for myself this year, but just rather enjoy it as it comes. I know I have a bunch of unopened stuff to still get to, the rest of the lot I have been working through, and a separate lot of cards for later that I plan to get into so plenty of material for 2022 for me to have fun with without having to worry about whether the 2022 products are great...or not.

So, since it is a new year, let's start with a new product for me. 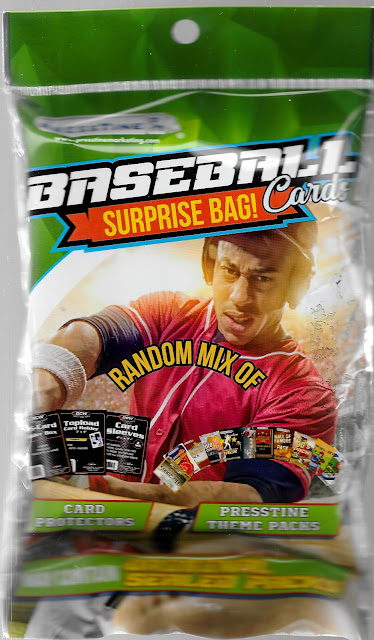 This is not your regular dollar store pick up, but was a throw in from PressTine from my online order a while ago where I got all the the 100 card Magic repacks. I haven't seen these at Canadian Dollarama's anyway, but if I did, this has an extra item in it. Probably wouldn't have spent the $5USD on this that it would have cost, but free - I'll take it!
Opening it up, this is what I have... 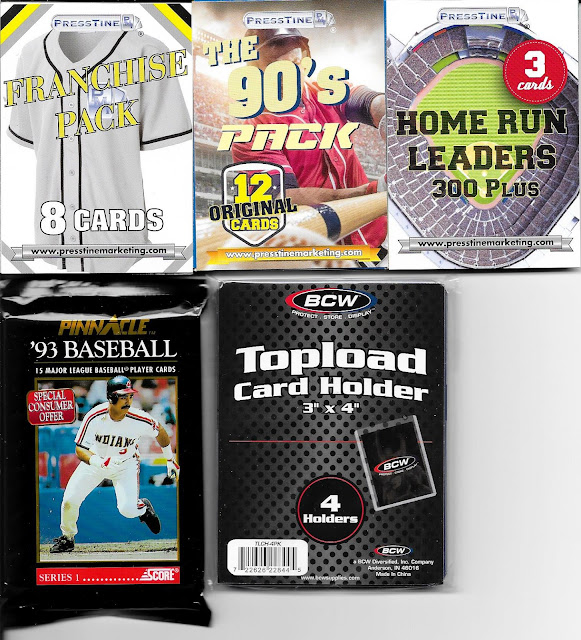 The 1993 Pinnacle pack is one I don't have, so this is a winner right off the bat since I get a keeper unopened pack. Also, given the cost of supplies these days, the Toploader aren't too bad a get either.
As for the packs, let's go through from left to right. I am assuming I won't win and get the Jays franchise for that pack. 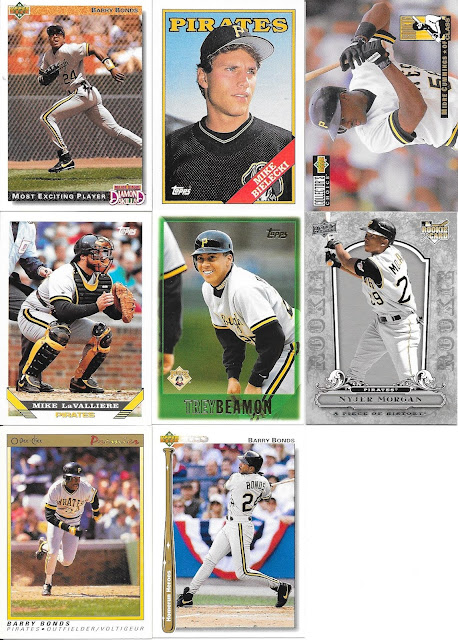 Well, Pittsburgh isn't a bad team to get. Not really a surprise to get a hot pack of Bonds cards with three either - between the expectation of late 80s and early 90s cards, and him being the man for the team at that time.
For the 90s cards... 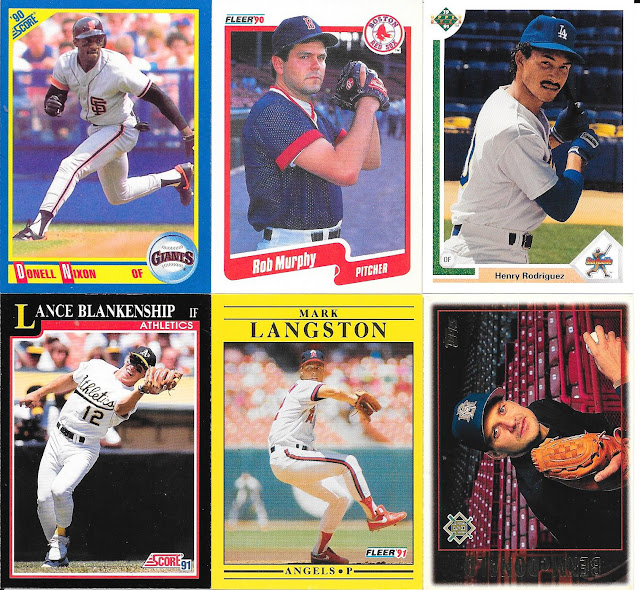 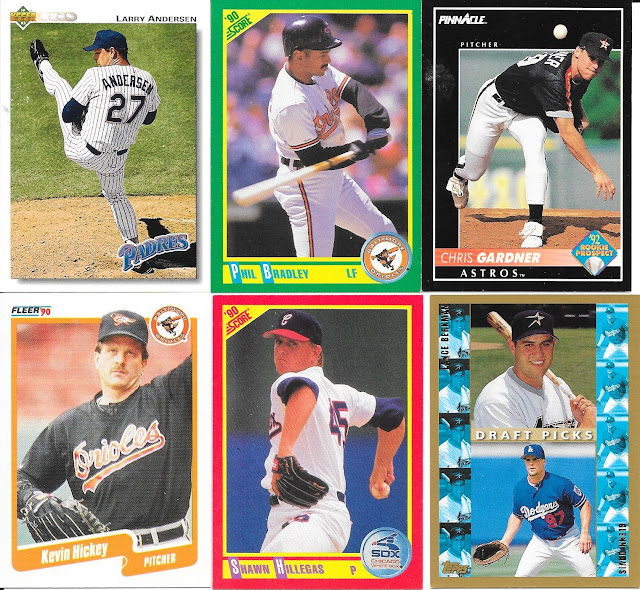 The expected smattering of cards with two later 90s cards out of the bunch.

The last pack for homerun hitters is an interesting one.

An A-Rod rookie card would have been a great pick up while he was playing - now with what we know, not so much. Probably similar in feeling for Mark.

Three base keepers in the bunch for sets I am working on, the 1988 McGwire being the best of that bunch. A couple uncorrected error cards in the Rob Murphy and Mark Langston cards, and two insert/parallels between the Bonds Homerun Heroes and the Nyjer Morgan card which appears to be the silver parallel.

Overall - definitely a great pack for what these are. I got a hockey one as well and hopefully when I get to it, it is just as good.