More Bo and Nothing To Show

Hello and welcome back for another day of...well...more 1993 Bowman baseball. 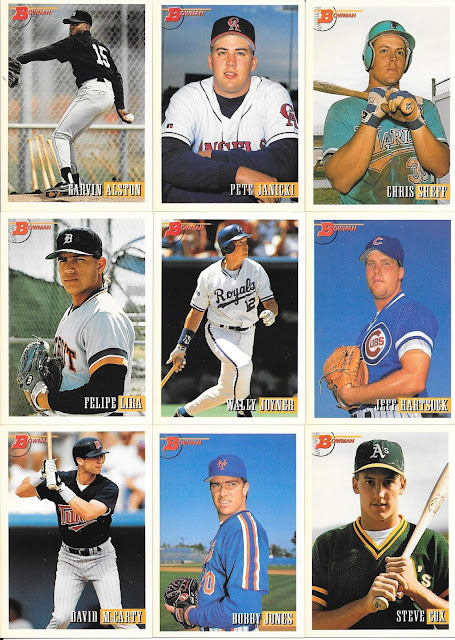 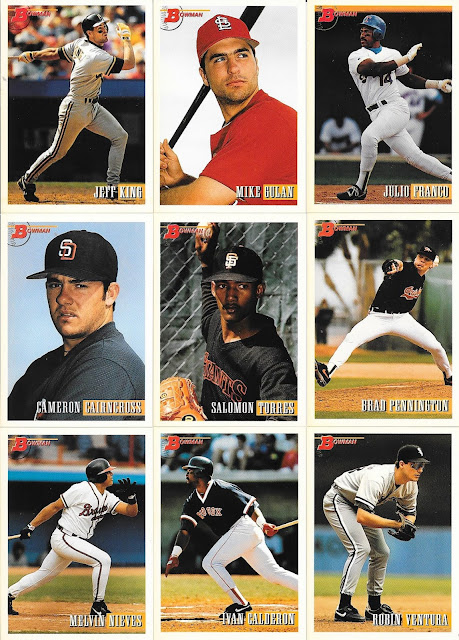 There are some good "stare into the camera" looks, but Cameron has one of the better "you lookin' at me?" looks. 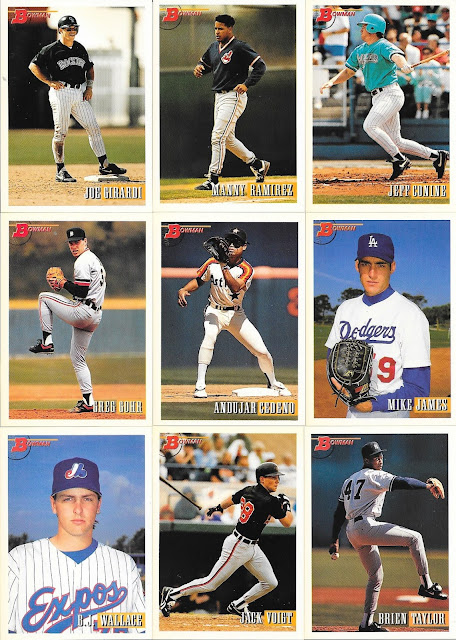 Well, we get at least one Canadian team card, though just an Expo, but I know a home for it. 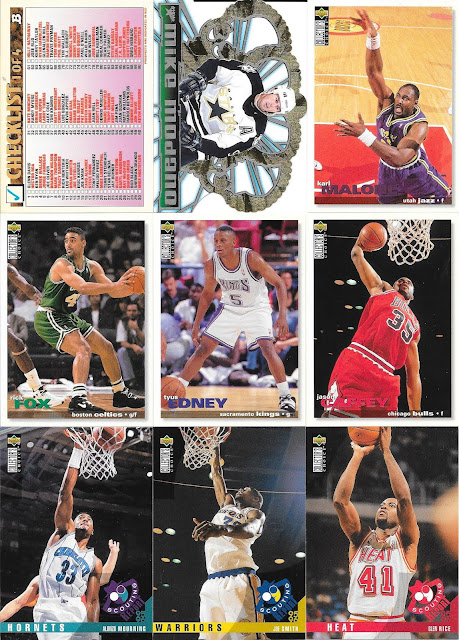 I am a bit of a sucker for die cast cards, so the Pacific Crown cards are super neat to me as base cards. I have only seen a few in hand, so not got to a point of collecting the base set, but still, really like seeing the odd on here and there. 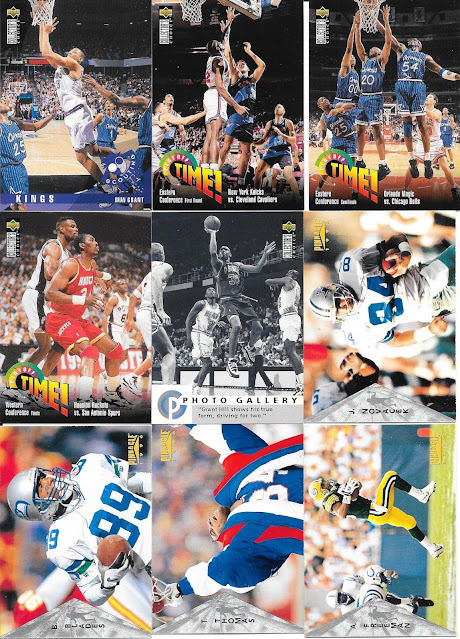 With the basketball, I will say that most of them are the names of the time that I remember. I mean, Fox, Malone, Grant Hill, Mourning, Rice, Grant - nice bunch there. 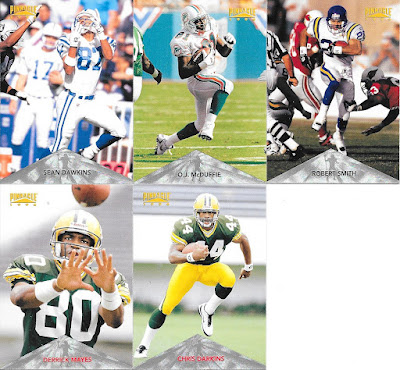 The football cards took a minute to figure out as well because of course, Pinnacle did two sets in 1996 which were similar in design, though here we have the Premium Stock version, which if nothing else, is aptly named for the thicker card stock, but also has silver instead of gold foiling on the cards. I am assuming the red names are just for the rookie cards in the base set, as I didn't see these as a parallel of any kind. 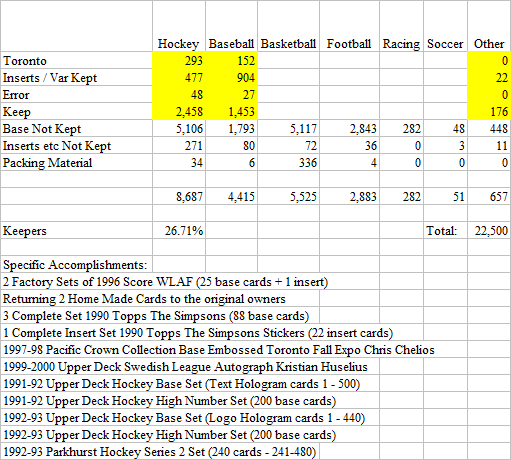