Legends of the Game

I was hoping I'd get to a good day like this for pulling cards from the lot. 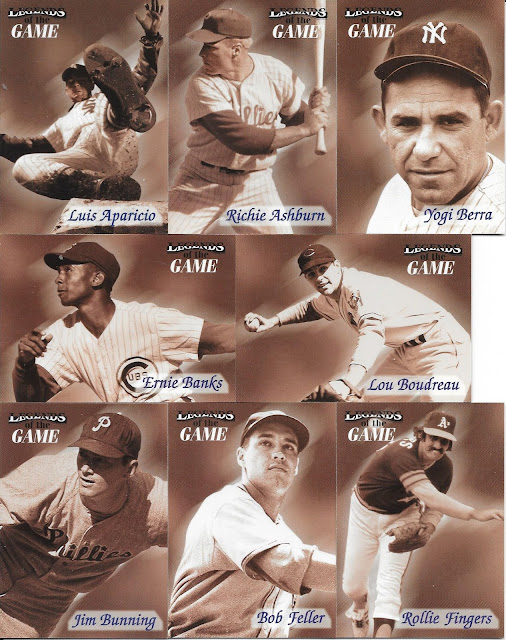 1998 Sports Illustrated Then and Now is a set which focus on, you guessed it, stars of then and now. It's only 150 cards, and with a subject matter of highlighting a bunch of stars of days past, it's right up my alley for sets I would collect.
I mean, not going to otherwise have a bunch of cards of some of these players. 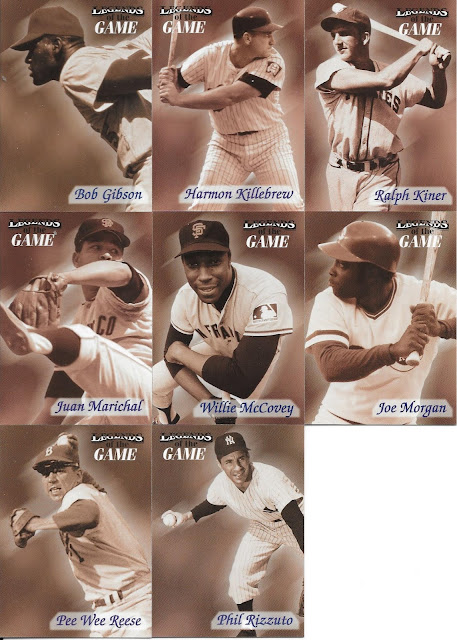 The style of these photos give the cards and old time look, even though the cardstock is thick, and the cards are glossy, which makes them nice in hand, though a bit off putting from the subject matter. 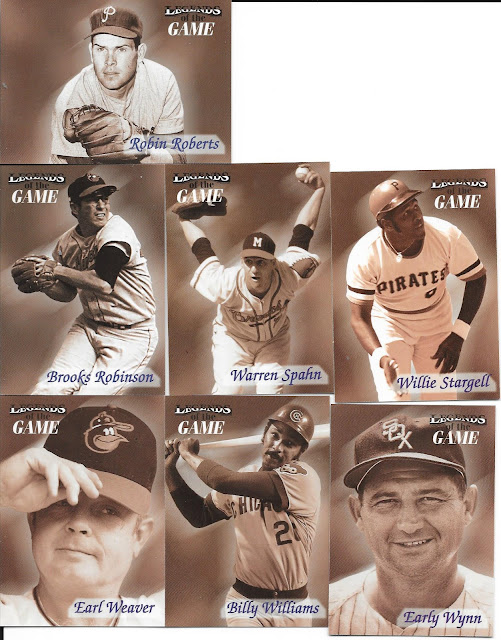 Still, more than happy to add so many greats in a nice set that I am now over 50% complete. 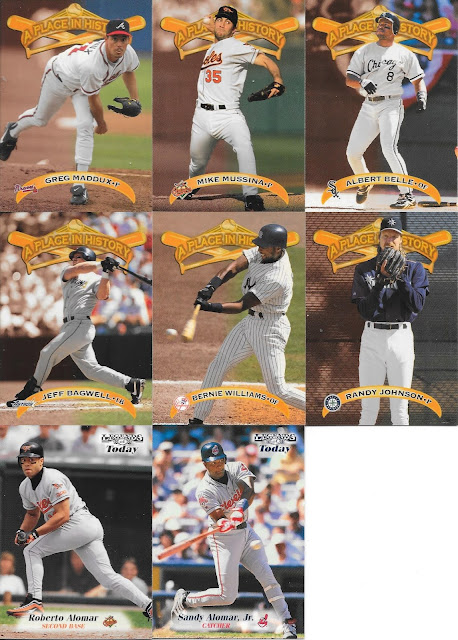 The base set isn't just yesteryear stars, as we have the Place in History subset and then stars of Today. 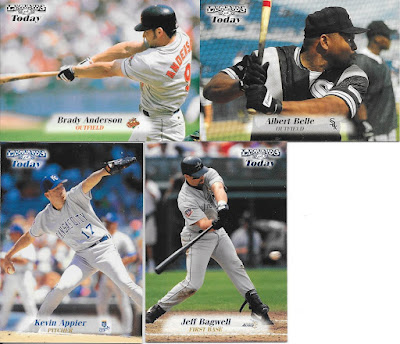 You are taking your chances a bit on the stars of today as they are mid career and may not end up on the same footing as the legends from yesteryear. Brady Anderson is a good example having had one amazing year, and some good years, but not Hall of Fame caliber (in 2008, he didn't get a single vote on his first and only ballot). 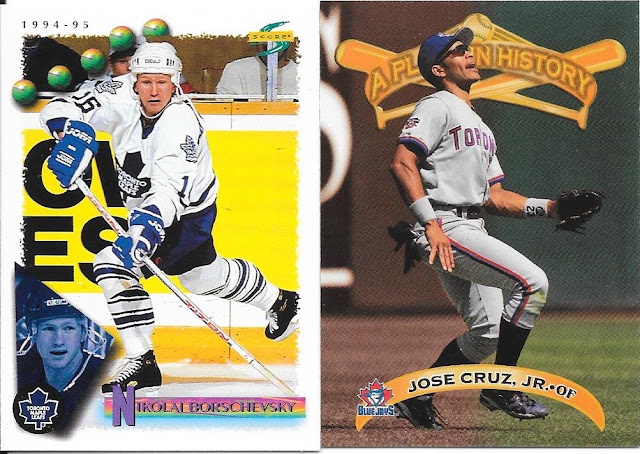 We get two Toronto additions, though Jose will end up in the set build most likely, if I can get the set completed.
As for the rest... 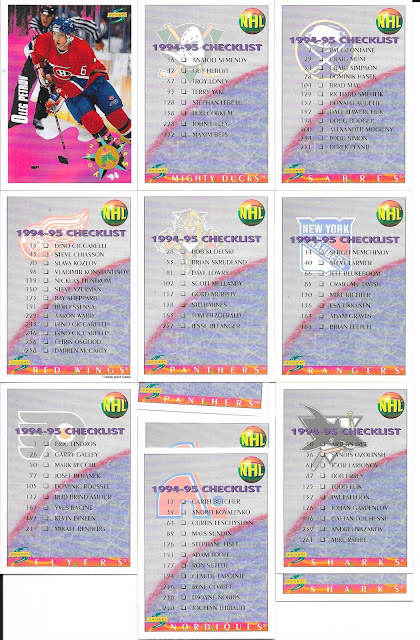 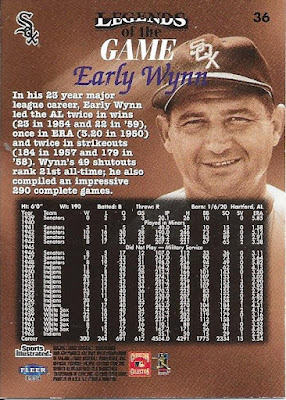 One dupe from the Sports Illustrated set, so here is the back. Have to love those full stats, and a decent little write up. 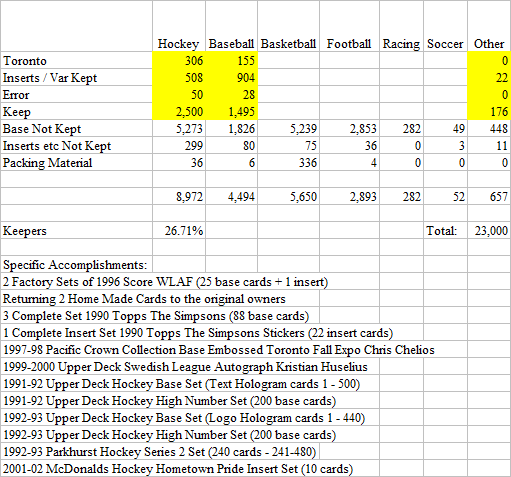