Everyone enjoys a 6-pack

For some it would be in the form of beer, but I will take mine in the form of a six pack of hockey cards from Listia. I keep an eye out for inserts and parallels in general, and if they go cheep enough, look to grab them. I was able to get the following six Mike Richards cards for 4,040 points which wasn't too shabby. 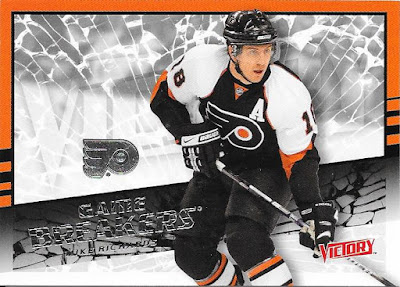 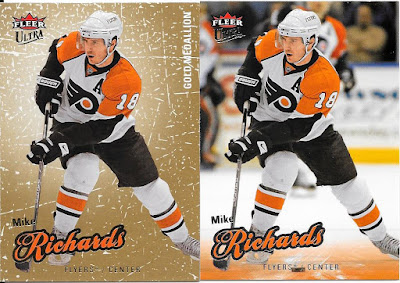 Okay - only 5 are inserts, but close enough. I generally like the look of the gold medallion cards, simple but effective as a parallel set - though I could imagine how gawdy the entire set together would look! I always thought Richards was a very good player - shame he played for Philadelphia though ;)
Posted by CrazieJoe at 8:00 AM