A posting is always easier if there is more material, which usually means more cards to discuss. In this case, I don't think that is necessary. As I mentioned in a couple posts already, I use Listia to get cards here and there.

I typically collect point by doing surveys, so to me, although there is some time put into the surveys, not a lot of cost to me in collecting points. I spent the most points I ever have recently on a single auction, and did it on a single card which was this: 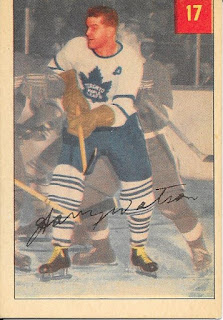 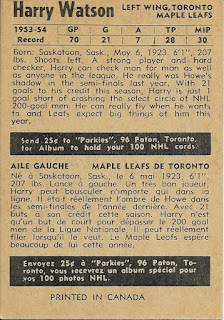 I wouldn't spend the money on such a card generally, but to put points up to get it - no problem. I guess I don't value my time that much...but it feels cheaper. It is the oldest card I have now, and is in pretty good condition though very off centre obviously.

With that - Merry Christmas and happy holidays - I will be back on boxing day - see you all then!
Posted by CrazieJoe at 8:00 AM