The Santa Lot 20 today is heacy on Bowman. According to TCDB this is the International Bowman version - not Bowman Chrome... 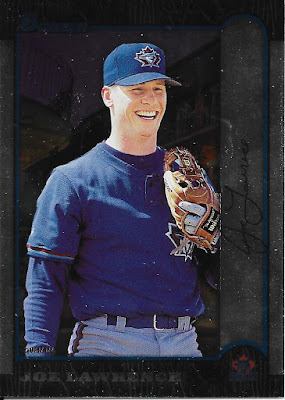 1999 Bowman Joe Lawrence card just on the cusp of making the bigs as the stats note 2 years of Dunedin time put in. 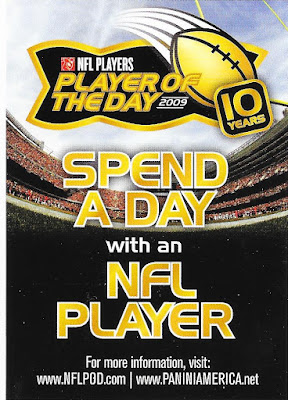 Yes, a lowlight from this 20 - not even a redemption card, just a nice ad insert... 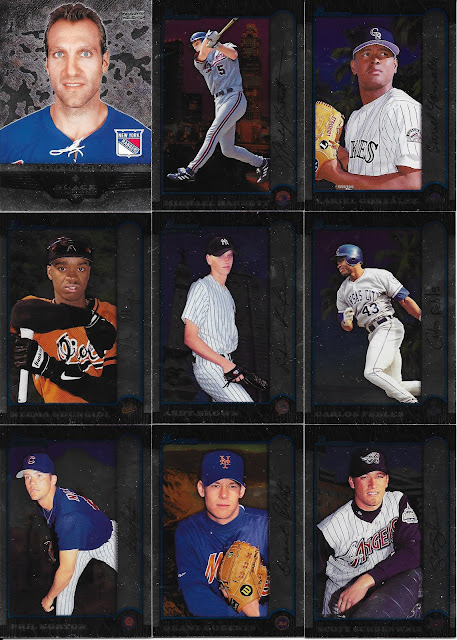 As noted, heavy on the Bowman International from 1999 - only had a couple of these cards so a nice add from these. 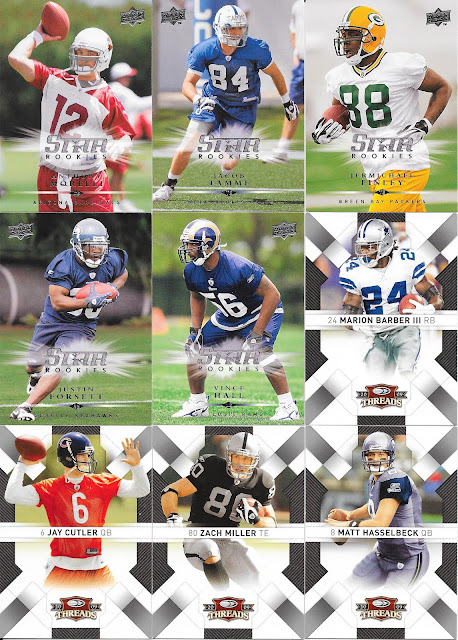 The 2008 Upper Deck cards I have been getting from football seem to be very heavy on the Rookie card part of the base set. Also as I said before, the 2009 Donruss Threads are a pretty set...