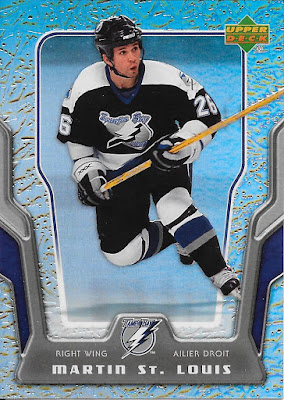 As he should be, Martin St. Lois as a Bolt. Whenever I see a St. Lois card as a Bolt it reminds of a game I went to with my wife a number of years ago - Bolts vs. Leafs. We arrived early to watch the pre-game skates, and the seats were 4th row. Early on when the Lightning took the ice, I was focused on watch Martin skate around and noting, in relationship to the other players how he definitely was on the small size (though his stature is what allowed him to be so swift). Meanwhile one of the Bolt players started whipping pucks at the glass right in front of us (no one else was really around in seats yet) and it scarred the heck out of my wife. A couple of the Bolt players including St. Louis had a good laugh (as did I quietly to myself). Glad to get another 2005 classic card and Joe Morgan is a great player/personality. 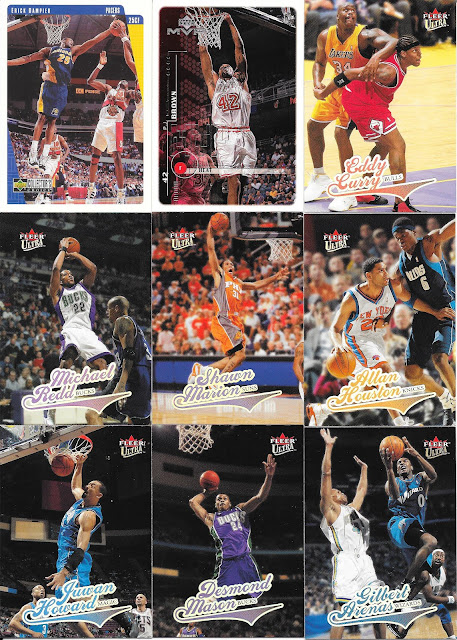 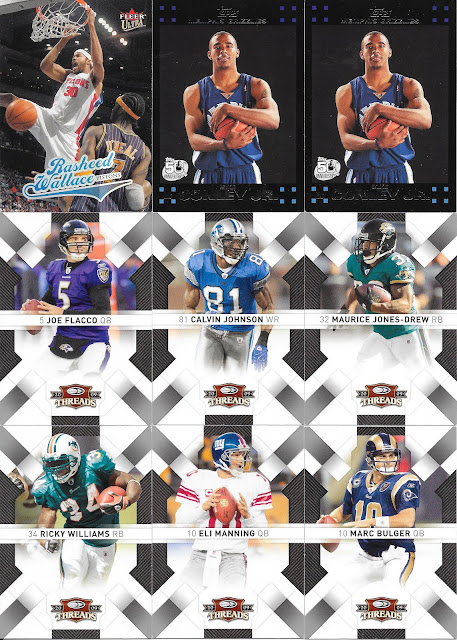 I don't need them or plan to keep them but definitely some star power in the Threads cards here - Flacco, Williams and Manning.