Is it wrong to want to show people my Willie....Stargell...what?

A little bit of everything out of the Santa Lot 20 today... 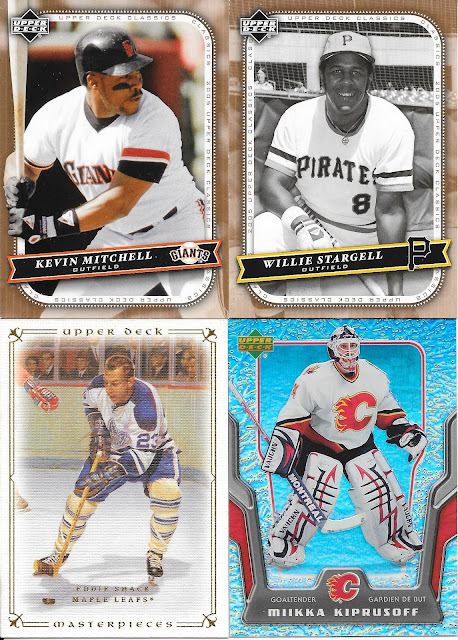 Well here is my Willie Stargell - 2005 Classics, along with Kevin Mitchell. This brings the set up over 25%. The 2007-08 McDonald's Kiprusoff brings the McDonald's set over 20% as well. Making some nice headway on both ends.

In addition to those is another nice Masterpieces Leaf card with Eddie Shack (my second) which is nice because if I do complete the set, I like having a separate set of Leafs to show separately. Not sure what others like to do with their collections, but this is typically what I do - keep the Leafs until I get to the point of trying to complete a set, then I move the Leafs to the set and look for duplicates to show in my Leaf binders.

A couple adds but nothing specific to say much about 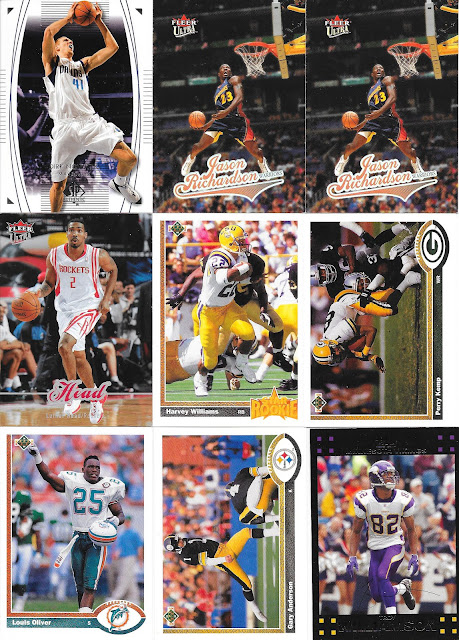 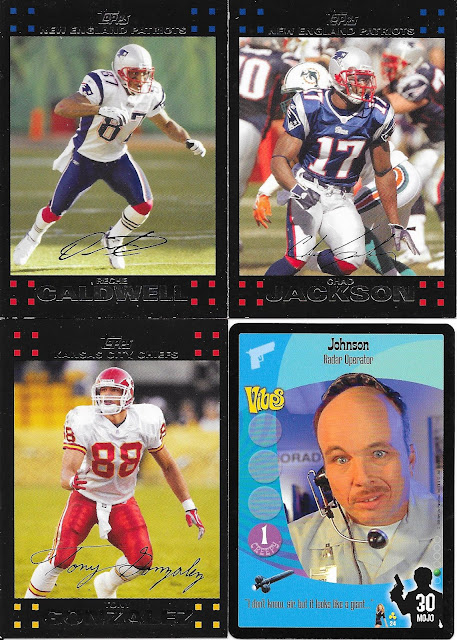