One or the other apparently 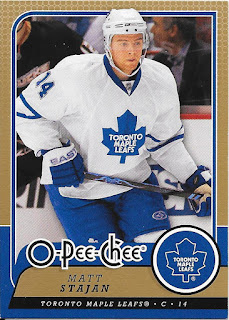 At least able to get a Leaf out of the pack which is nice - even as a duplicate. I would have liked if the Leafs stuck with Stajan longer - I think he reached higher potential once he left Toronto. 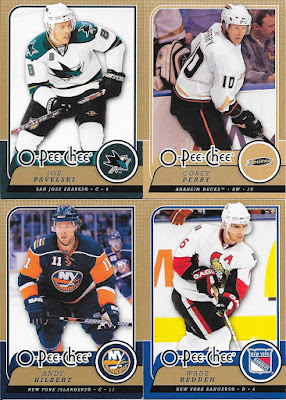 A few more nice cards - best to me is the Corey Perry. 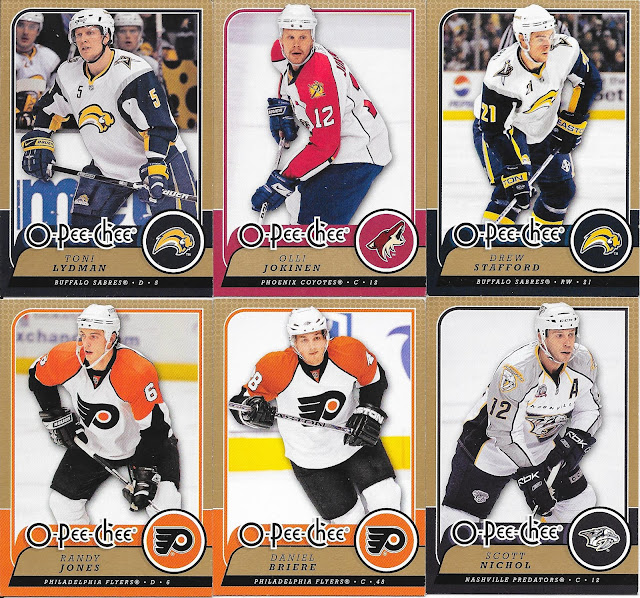 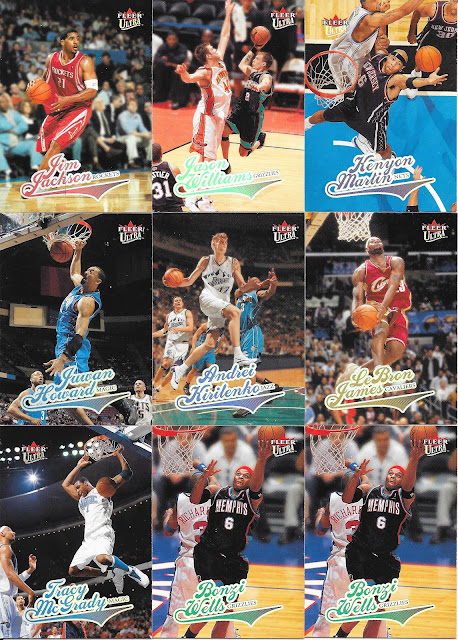 I guess having now over 25% of the 2008-09 O Pee Chee set means more that show up will end up here as duplicates - hopefully not too many more in the near future, rather be further along in the set completion. Similar goes with Ultra basketball 2004-05, except the obvious not keeping a completed set anyway.