What to do with a checklist

So today the Santa Lot 20 brings not too much, but a question. Checklists - should they be considered inserts or not? On the tradingcarddb.com there seems to be a bit of a discrepancy - sometimes they are treated as inserts, sometimes they just sit as extra cards. My personal opinion is that they aren't really inserts, and may not be part of the base set, but I generally treat them as an extension of the base set. Back in the day, they were part of the base set, but it doesn't seem to be that case all the time anymore. 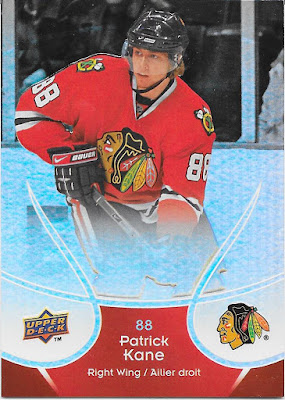 A nice 2009-2010 McDonalds insert. Patrick Kane as a Blackhawk early in his career - hard to believe he's already been around 8 years or so. First card I got from the set and it is card #1 - A. Rod. Personal feelings aside, could have been a worse card. Also, the Chrome checklist which, as discussed above, I won't consider an insert but will be keeping. 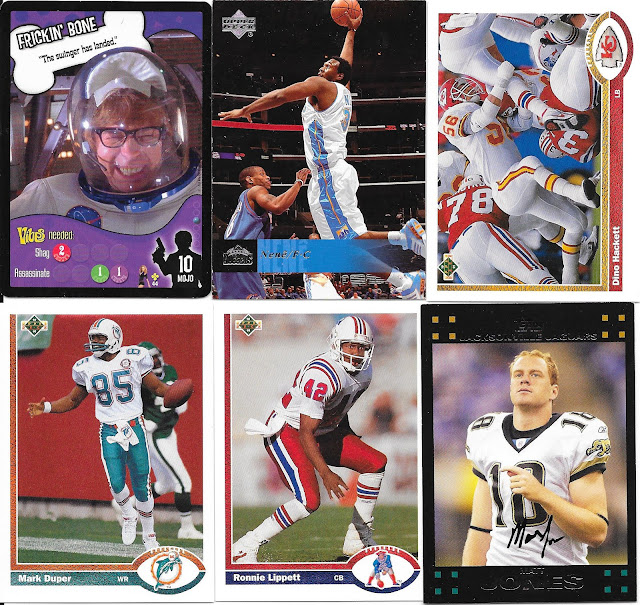 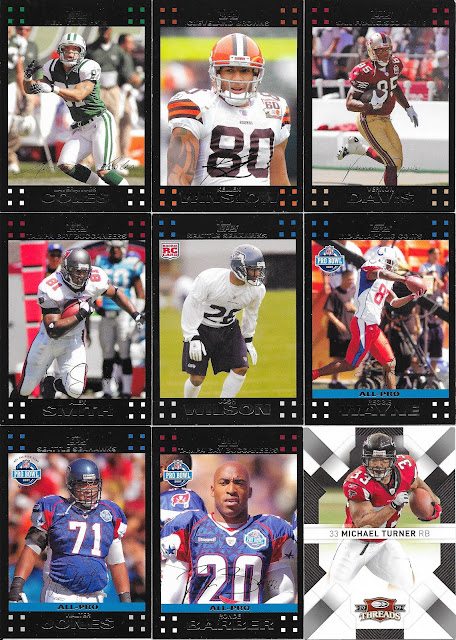 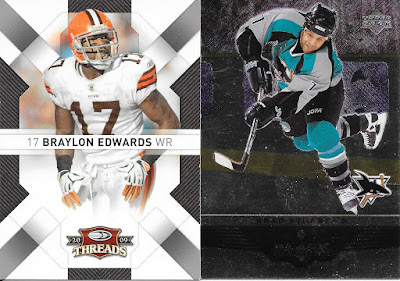 More Austin Powers...um...yeah. Otherwise, a good chunk of Topps football - let me know if you see anything you like.