Today we are opening: 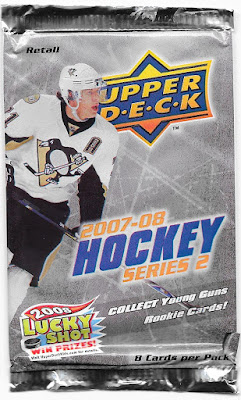 Which included the following: 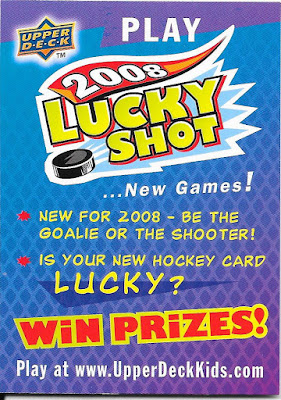 A colourful ad at least, but let's take a look at the base cards. Since I have been getting a few of these cards in the Santa Lot 20, I know what to generally expect and hopefully there won't be any doubes, but likely there will be at least one... 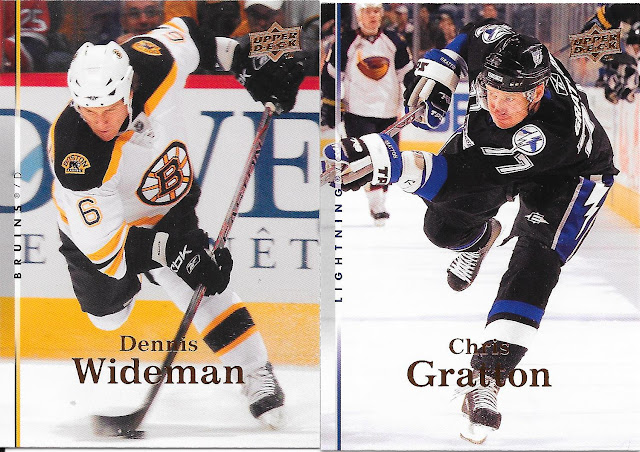 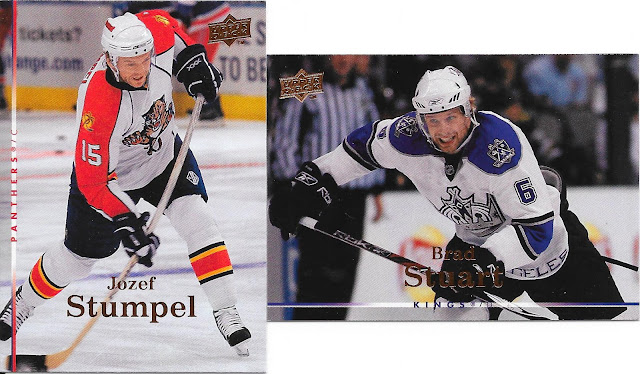 Well, three duplicates in the above which isn't great, and no stellar cards. Hopefully the last couple will help this pack turn the corner. 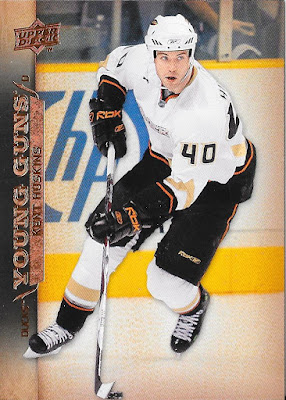 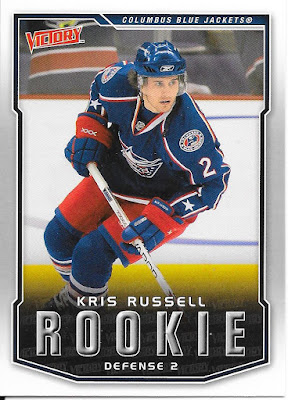 I like the look of the Young Gun card - not overpowering, but emphasized nonetheless. Now - the fact that Victory became an insert for the Upper Deck set bothers me, even if it is at least a rookie card from the set.

Victory was always a nice low cost set which was generally good for kids (and adults too especially those young at heart) When it became an insert to the main set though, I don't totally understand why. I would have thought there are enough sets being put out that if Victory, or MVP were to be shelved, it wouldn't be the end of the world, but why make them into insert sets? Was there enough of an outcry and demand to have them as inserts? It's not my preference, and I won't count it as an insert per se, but keep it in case I get close to completing the set.