Some designs for hockey cards are just dated. I don't say this in a bad way - it is why nostalgia in cards works so well - or at least one factor. This is highlighted in the Santa Lot 20 today. 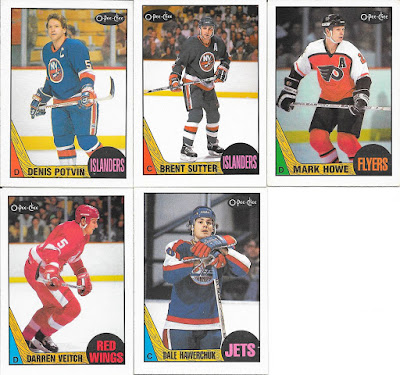 Nothing says 80s hockey like a classic O Pee Chee design of hockey sticks on the front. The players here also scream 80s as well - Potvin, Sutter, Hawerchuk - perfect for the time period. This set was just before I really got into card collecting so I didn't end up with many at all as a child, but appreciate it more now. 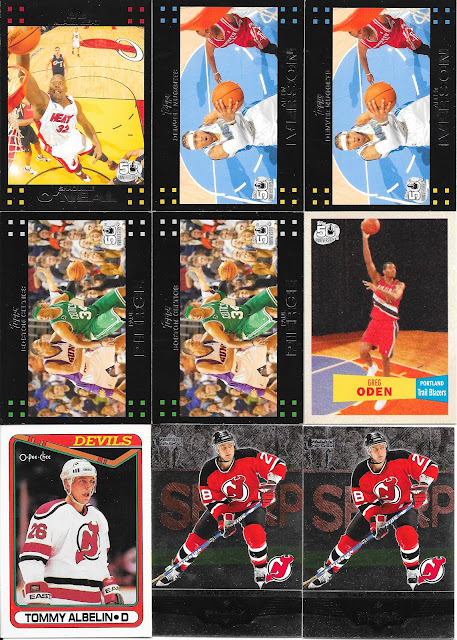 OK - love the Shaq picture, a really nice one and of classic Shaq putting down a dunk. Never really liked the couple years he was with the Heat - I actually picture him most as being with the Magic. It may not have been until going to the Lakers that he really hit his stride, but it was as a brash rookie that he took the league by storm in Orlando. Back to his card, I wonder if that is the same face he makes when reaching for the cookie jar on the high shelf in the kitchen...no idea why it reminds me of that kind of moment, but it does.