Only a couple weeks left in busy season...man, I look forward to May each year - can't believe I've been through 16 busy seasons...makes me feel old. Hopefully no significant reminders from the Santa Lot 20 today of just how old... 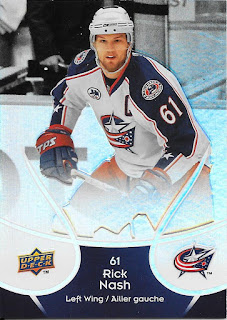 I like the way these cards scan - picks up the shine of the cards quite well, and also the denting of the card for the Nash outline. Only the third card from this year's McDonald set, but nice nonetheless. Part of why I like the McDonald set is they typically keep the set to 50 cards which means they are all typically stars so you usually get a quality card. 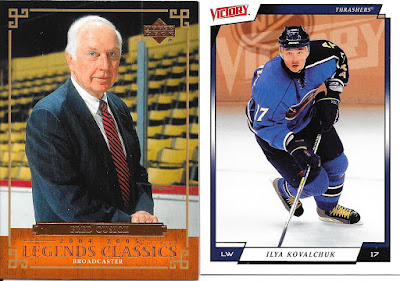 Pick another one off the 1990-91 O Pee Chee completion list - still have 100 cards or so left of the 528 card set, so between that and another Legends Classics card makes these worthwhile. 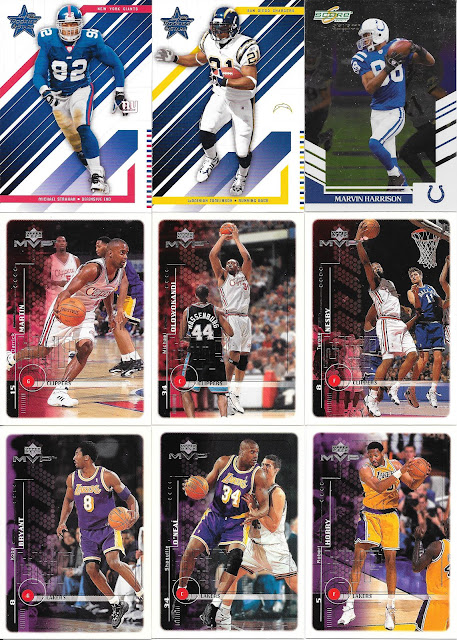 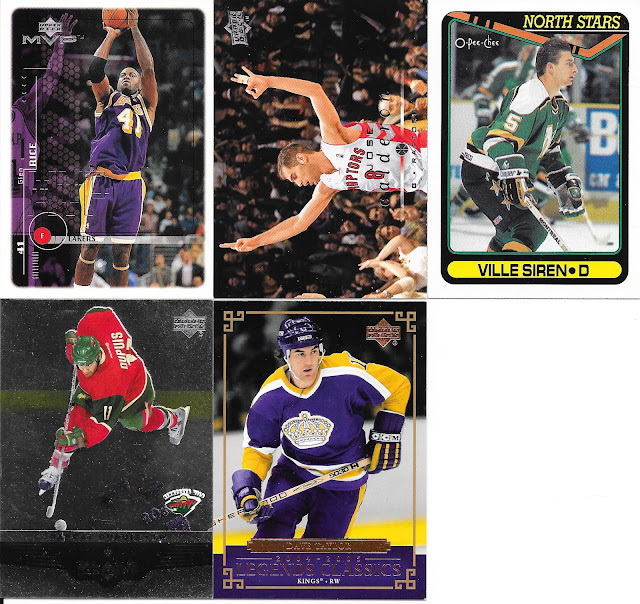 I guess yesterday's Shaq wasn't enough as he shows up again here with his best friend Kobe...such close teammates - wonder if they would have stayed together longer if they could actually be buddy buddy. Scanned together like this, I think it really brings out how sets like the 2004 Rookies and Stars football versus MVP basketball from 1999-2000 are so different. My preference is the action shots of MVP rather than removing the actual background and putting in graphics.

With the fairly recent 2016 Topps baseball, I know backgrounds were brought up as an issue there due to being purposely out of focus. I find that better than the graphical background, but why can't we just keep the players in their natural habitat?