Well, yesterday's 2007-08 Series 2 pack wasn't the greatest, but I have a chance to try again as I have a second! Let's see if this one can turn out a bit better...

Might as well start off with the Victory insert as you know my feelings on this from yesterday: 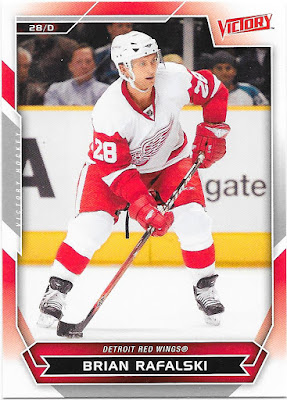 A decent enough player and card... 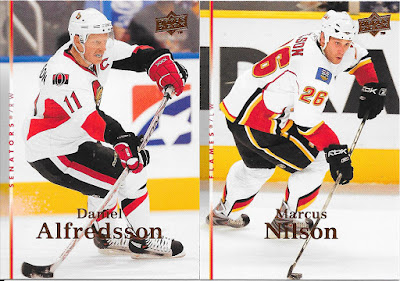 Better quality of players in this pack - enjoy the Senators and Giguere as a Duck. 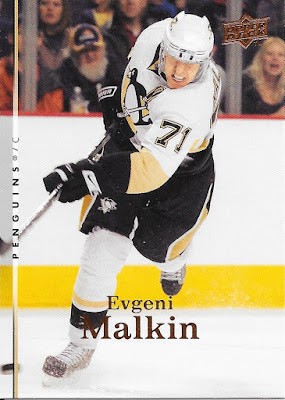 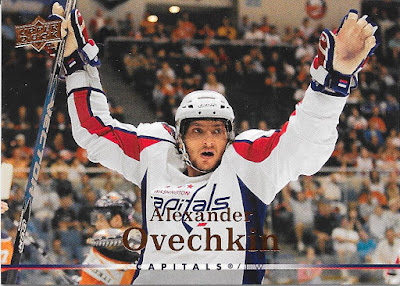 What can you say about Malkin - he has been a great Jagr to Crosby's Lemisux and is one of the top players in the league. As for Ovechkin, he is an absolute gem of a player (though I am personally on team Crosby and prefer him significantly over Ovi).

A much better pack overall than the first one I think, and more cards I needed than not so yay!
Posted by CrazieJoe at 8:00 AM