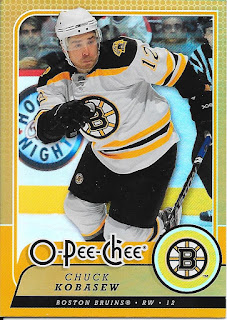 I wish that the names for parallels and finishes on cards were more consistent. I don't know that I would call the look "metal", but apparently that is what we are calling it at least where 2008-09 O Pee Chee hockey is concerned. 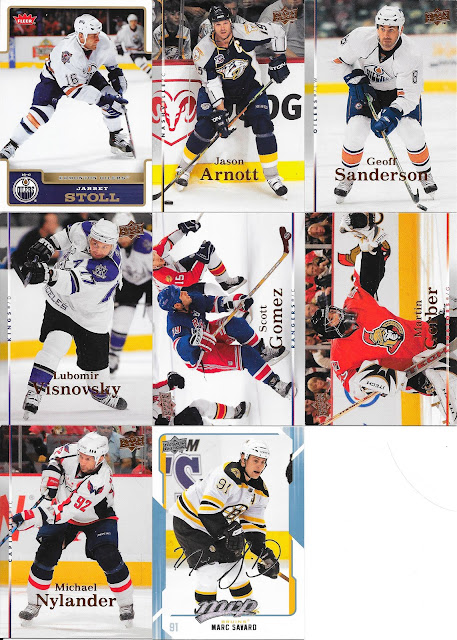 As a kid, getting even a faux signed card is pretty cool, so I give Upper Deck credit with Victory and MVP sets which are lower end and marketed to younger collectors - they do a good job generally with them and they still have some appeal for all collectors. 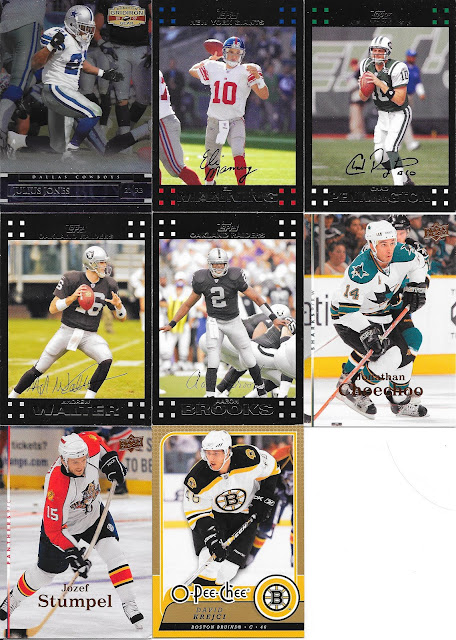 Eli has a really nice signature - easy to read, nice script - I hope his actual signature on all cards is so nice. I'd imagine when players are signing hundreds of cards their signature gets more and more poor.

With that - it's the last weekend, and I get my life back next week - or at least more family time. Work can be exhausting when it's 60-70 hours a week. Definitely rewarding, but exhausting...