I can't say no to a good food related card, and I can't say no to unopened packs I don't have. As such, I picked up the following packs for a couple dollars each on ebay (I had some funds from doing surveys so technically free money, at least that is what I tell myself) 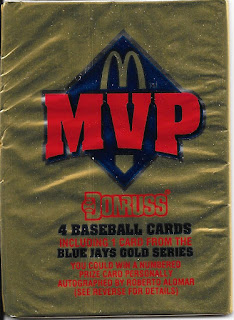 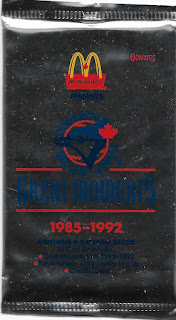 Packs I remember opening happily at McDonalds during the first real high mark years of the Blue Jays in 1992 and 1993....nice food insert sets too.

To me, a base set should not have autos, short prints, or anything similar - those should always be insert or parallel sets. A number of "base" sets are getting more and more difficult to complete (and call a base set) when 10%, 20%, or more of the cards are short prints or jersey, auto or other cards that would not fall in the same amount as other base cards - all base cards should be fall equal chance in packs. That said...let's take a look at the Santa Lot 20... 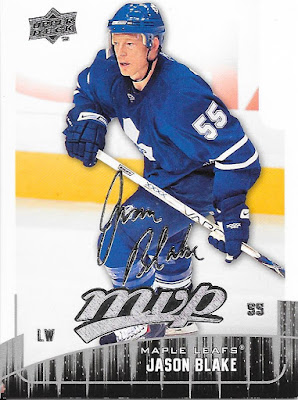 Jason Blake had a decent career before getting to Toronto for the 2007-08 season having a few good years with the Islanders right before. Generally I put MVP a step ahead of Victory in the low end cards mostly because I prefer the look, and don't mind the faux signatures. 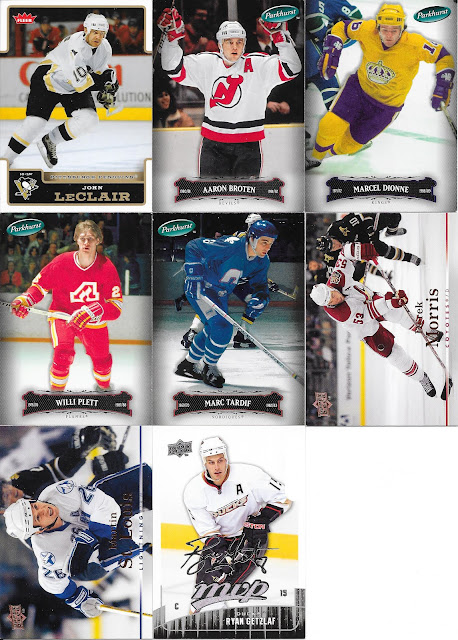 The 2006-07 Parkhurst cards have a decent design, and these give a great look at retro jerseys (good and bad). Man, those Kings jerseys were bright and ugly while the Nordiques was simple but enjoyable. 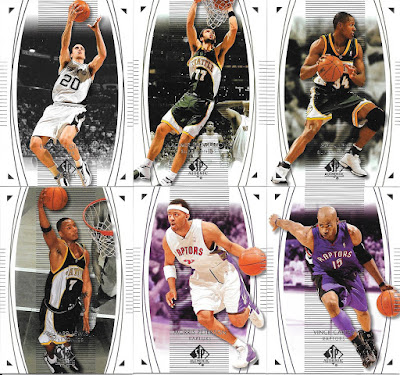 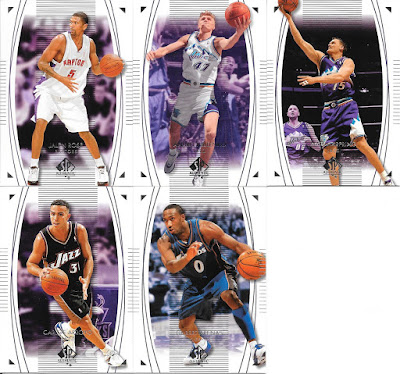 A lot of white to these cards, which I don't really enjoy, but the design is otherwise alright. Lots of blank space on the back as well. The "good" if anything is - these cards are in number order which gives me a bit of hope for completing the base set - except for the fact that, for some reason, the autos and short prints are in this "base" set. Quick FYI - I'd count the base set complete if all cards except those tacked on the end appear - so I'll keep you posted!