A number of goodies

Before we get to Santa Lot goodies - a package of some Jays came from Tigerfan22 at tradingcarddb.com. I had sent off a number of 1994 stickers and got the following in return unexpectedly (the stickers were part of me making up for the lost package last December. 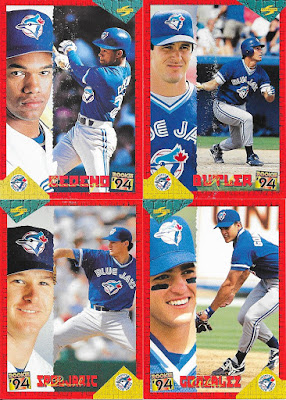 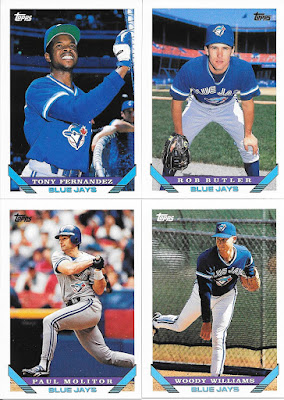 Of the three sets - I must say I love the 1994 Selectpictures - though might be a bit better without the blue tinged photo on the left, but still nice overall, and great additions to the collection.

Otherwise...a number of good things coming out of the Santa Lot 20 today. 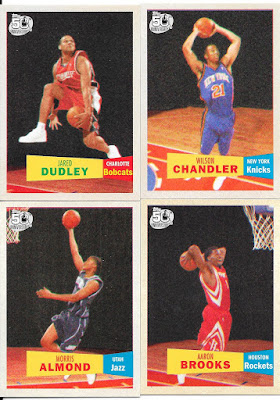 A couple more Masterpieces card for the continuing set which helps, an excellent Mats Sundin parallel from O Pee Chee, and a number of 2007-08 Topps parallels. I like the basketball parallels in so much as they are a throwback design, but the quality of the pictures (which I know is a purposeful effect for the set) bothers me. They just seem too blotchy for my taste. I haven't seen the original 1957-58 set in hand, maybe it is true to the pictures, but I am doubting it. Anyone who has more direct knowledge, let me know.

The rest
Keepers:
None other than the hockey ones shown above. 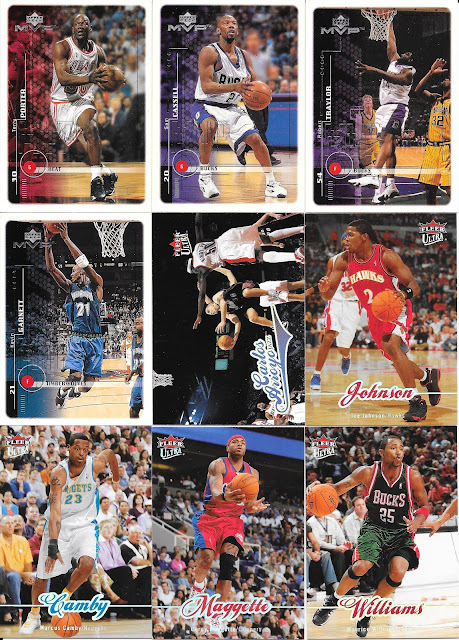 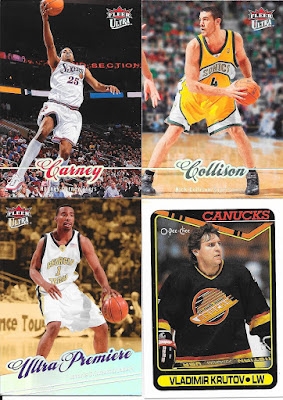 Some more 1999 MVP, including Mr. Kevin Garnett, and a lot of Ultra, including ex Raptor Marcus Camby. With Camby, not sure if it was a case of being a good player on a bad team with Toronto that inflated his personal numbers, or if the change from Toronto threw him off and impacted his performance, but either way the was a decline.

Lots of basketball, but overall, some decent pulls!