Before getting to the platinum power, first a quick Listia pickup...

Couldn't help but pick up the three 2009-2010 O Pee Chee inserts given their pretty shininess. I'm not a big Chara fan per se, but can respect his play and admire his ability given his gigantic size.

The Santa Lot 20 today is all hockey - can't complain...and only 3 duplicates...really can't complain. The best part - cards from two series I probably have a good shot getting mostly complete when all is said and done with the Santa Lot. 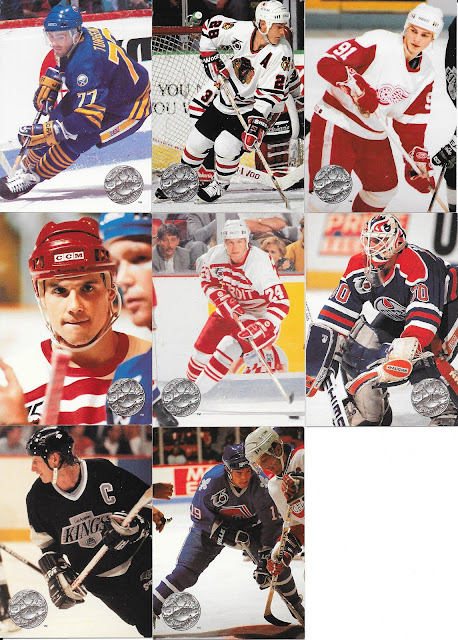 Given the star power of the cards here - Gretzky, Federov, Yzerman, Ranford, and Sakic - what more star power could you want? The full picture fronts were a nice change though personally I do like at least the name and team logo on the front. They don't have to be big and overpowering, but something on the front is needed - but keep the full pictures.

That said, I like the pictures on the back, but really don't like the lack of stats - for example, here is Wayne Gretzky's card: 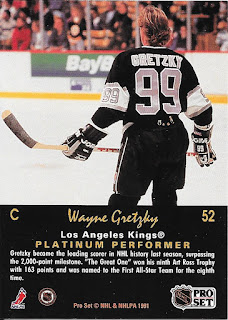 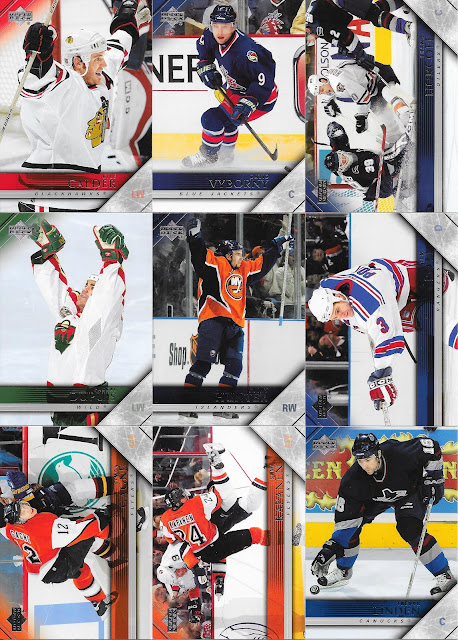 These bring the set completion to over 12% - still plenty to go...but most of the cards I've seen thus far have been from the second part, nice to see more from the first half of the set.